When asked if he thinks the House Republicans will suffer a setback in 2018, Ryan just said "Blah blah blah blah" 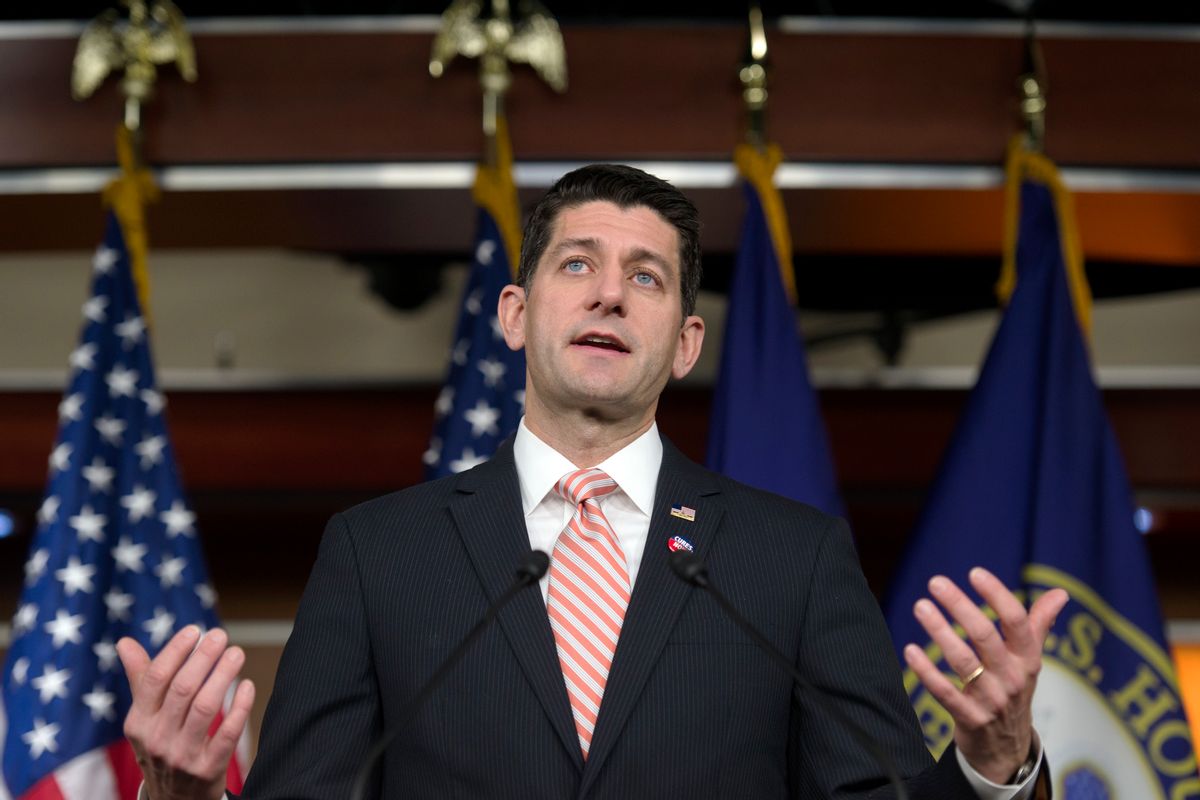 During an interview with conservative talk radio host Hugh Hewitt on Friday, House Speaker Paul Ryan tried to downplay the possibility that the Republican Party could lose control of the House of Representatives in the upcoming 2018 elections.

"The mainstream media is out there blocking and tackling for ranking Minority Leader Pelosi suggesting a wave election is coming your way, that your majority is at risk," Hewitt pointed out to Ryan. "What do you make of that?"

The House Speaker returned to the subject of the 2018 elections later in the conversation when Hewitt brought up the issue of tax reform.

"What I want to tell you, Hugh, is yes, there’s a bunch of white noise out there in the media," Ryan said. "But we are still doing our job. And so everybody talks about wave elections. It’s far too early to talk about politics."

Ryan than pointed to the American Health Care Act (which may have to go up to a revote), rebuilding the military, deregulation and tax reform as areas in which Congress had either made progress or was working toward progress.

"A lot of people have said that the tax reform is in danger because of President Trump’s troubles. It can’t happen. You believe it will happen in 2017?" Hewitt asked.