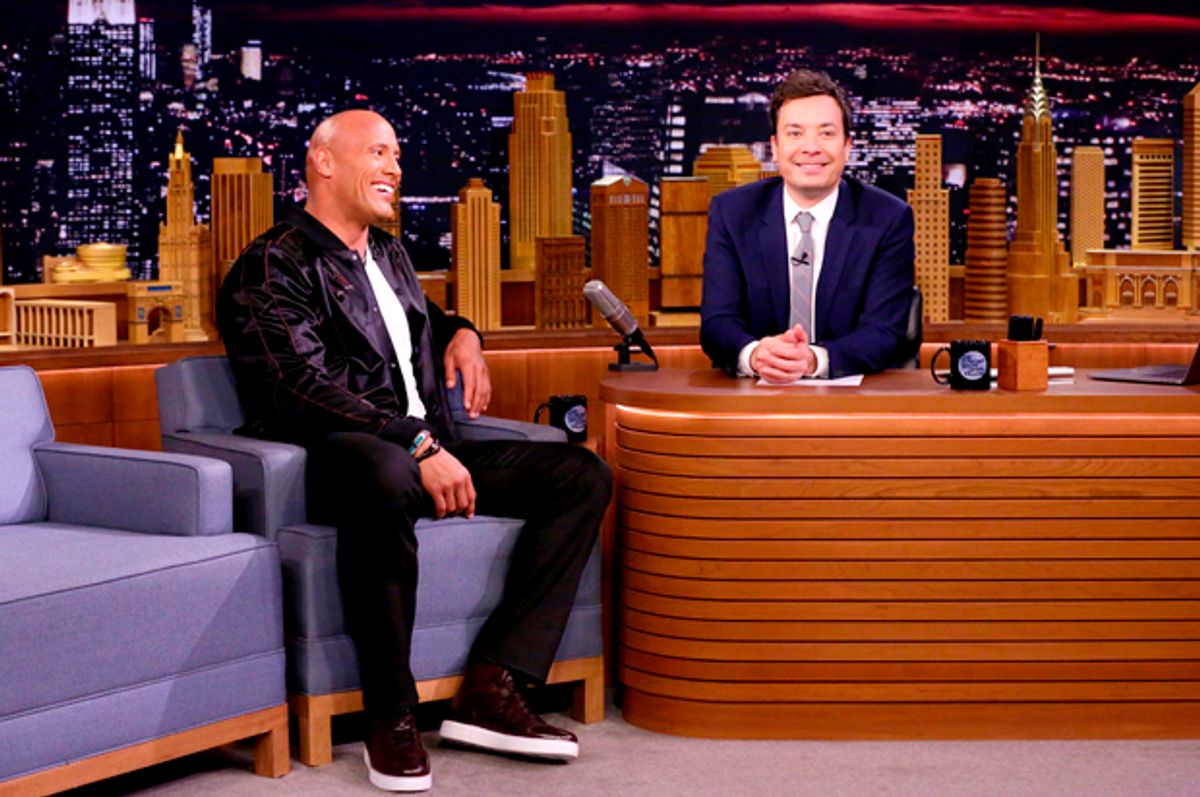 Could Dwayne "The Rock" Johnson be next?

The wrestler-turned-actor appeared on Jimmy Fallon's "The Tonight Show" on Thursday and discussed the possibility of running for president, a subject that he said was raised by the writer interviewing him for GQ Magazine.

"Yeah, of course I would consider it," Johnson said when the question was posed to him. "And how, the surge and the groundswell since then has really been amazing! And I gotta tell you, and I'll tell you guys too, I'm so incredibly flattered."

Johnson then cited a recent poll which saw him ahead of President Donald Trump in a hypothetical face-off between the two, prompting cheers from Fallon's studio audience. The Rock went on to speculate that people may feel that way because, "want to see a different leadership today. Not different, but a better leadership today."

He added that they want, "More poise, less noise."

Although Johnson didn't officially declare that he would run, he notably did not discount the possibility either.

"Three-and-a-half years is a long ways away, so we'll see," Johnson concluded.

Both Johnson and Fallon have had an interesting relationship with the subject of the presidency in the past. Fallon's ratings have been declining as viewers turn away from his brand, which seems to avoid political confrontation, and of course the late night host is still facing a barrage of criticism for his infamous tousling of Trump's hair last year.

In a recent interview with The New York Times, Fallon said that his critics "have a right to be mad. If I let anyone down, it hurt my feelings that they didn’t like it. I got it."

The Rock, for his part, once played a muscular version of Barack Obama in a famous 2009 "Saturday Night Live" skit.