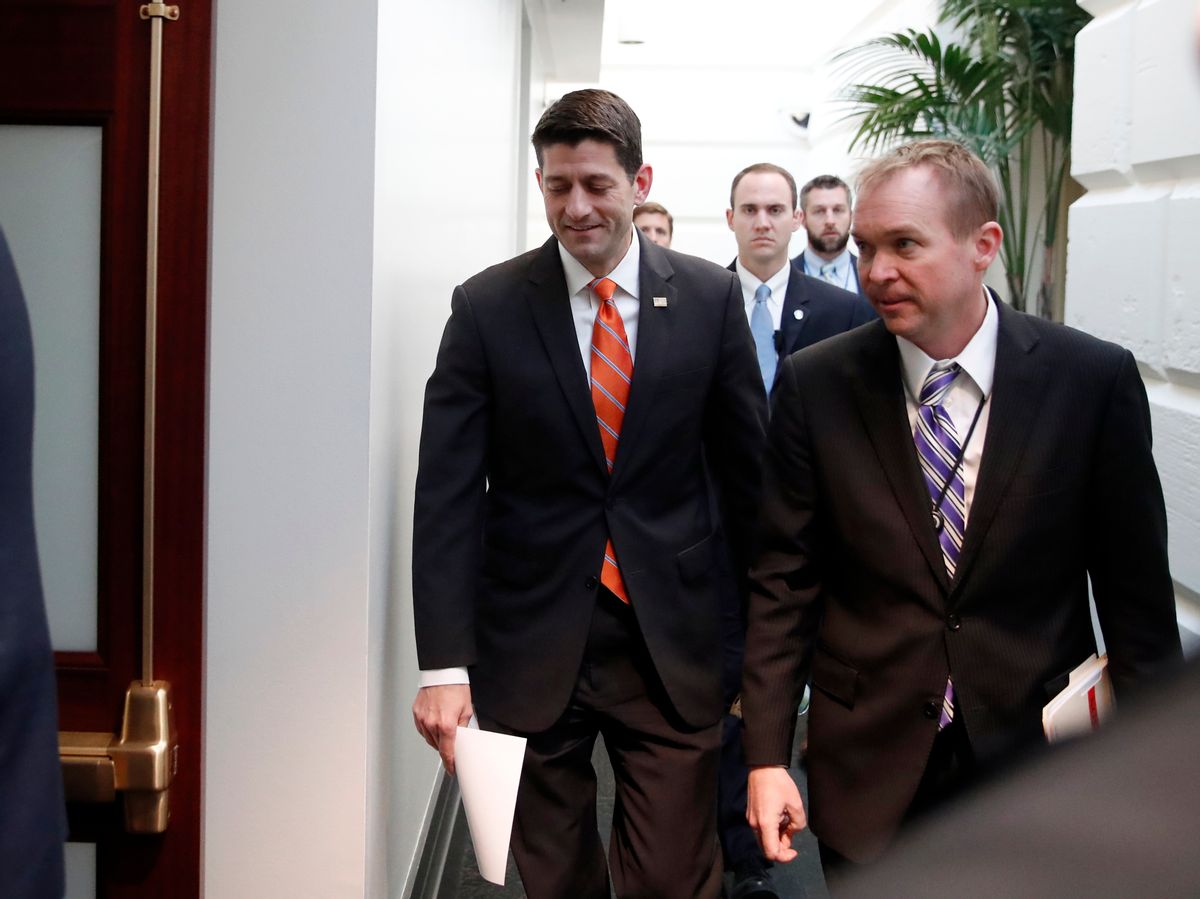 A new report indicates that House Republican leaders are worried more secretly recorded conversations will be leaked to the press.

On Wednesday descriptions of a taped conversation between House Republican leaders after a meeting with Ukrainian Prime Minister Volodymyr Groysman was leaked, as a result of reporting by The Washington Post. The most notable moment from the conversation was when House Majority Leader Kevin McCarthy of California joked, "There’s two people I think Putin pays: [GOP Rep. Dana] Rohrabacher and Trump." As people laughed at his comment, McCarthy emphasized, "Swear to God!"

House Speaker Paul Ryan then ended the conversation and forced the Republicans who heard McCarthy's remark to swear to their secrecy. "No leaks. This is how we know we're a real family here," Ryan told the Republicans.

Now House Republicans are worried that there may have been more secretly recorded conversations that could be leaked, according to an article in Axios. House Republicans are privately speculating about the origin of the leaked tape, according to Axios. One theory is that Groysman or one of his associates planted a recording device while meeting with Ryan. Another possibility is that Evan McMullin, who served as a leadership aide at the time the conversation occurred and who ran for president as a third-party candidate last year, served as the source of the leak.

Both of those theories have problems, however. Capitol security teams so far have not reported discovering any recording devices, even though they frequently sweep the leadership offices for them, and Axios claimed that The Washington Post has told Axios that McMullin was not responsible for the leak.