House Republicans may have to vote again on Trumpcare 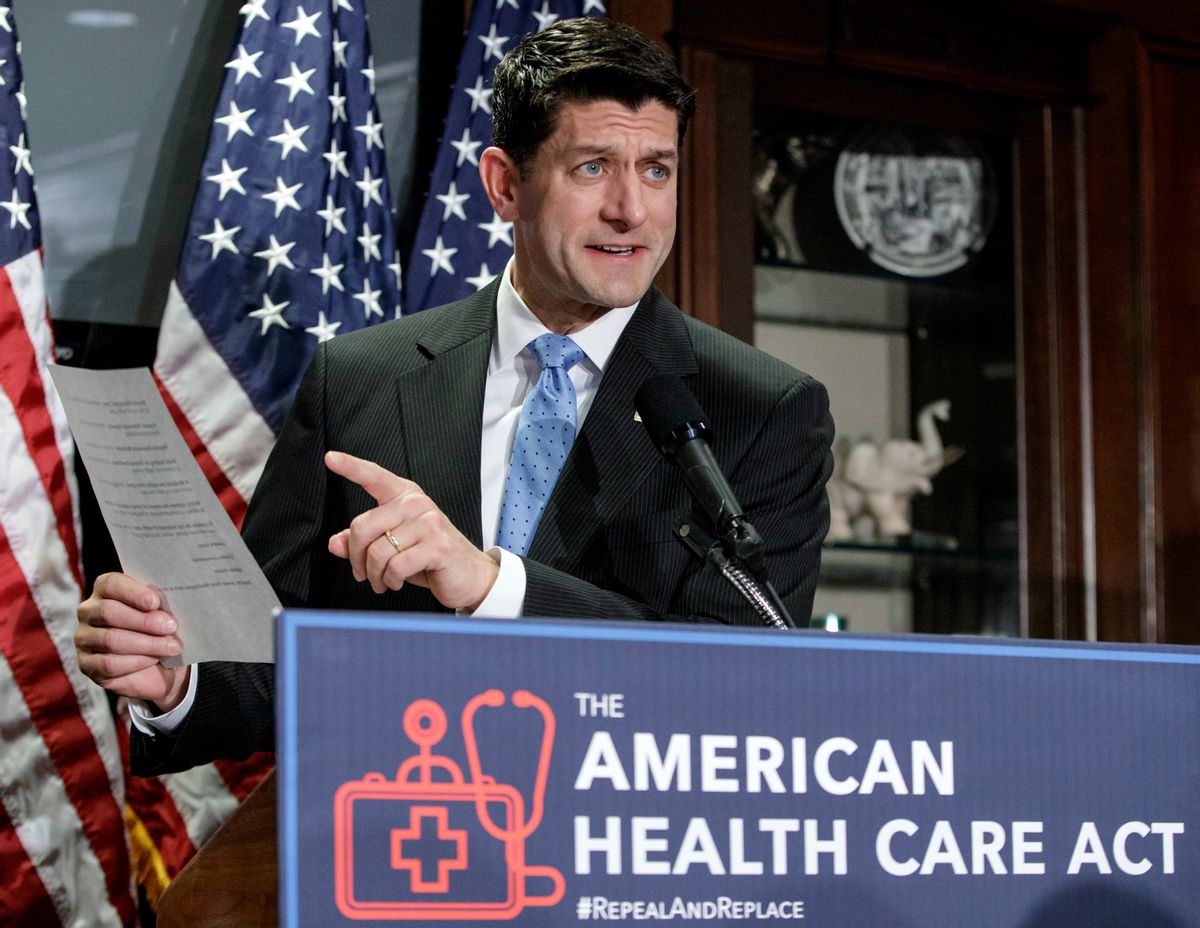 Republicans may have talked smack on the Congressional Budget Office (CBO) in the past, but apparently that organization's decision about the American Health Care Act will be pivotal in determining its future.

The Congressional Budget Office is a nonpartisan federal agency that exists to offer "information, analyses, and estimates related to federal economic and budgetary decisions." It was created in 1974 under the Congressional Budget and Impoundment Control Act. Because it was expected that the CBO would offer an unflattering analysis of the American Health Care Act, many Republicans tried to preemptively discredit the organization by casting doubt on its reputation.

If the CBO doesn't conclude that the bill passed by the House of Representatives saves at least $2 billion, House Republicans may need to vote on it again, according to a report by Bloomberg. It is believed that the CBO will have to conclude that the bill saves at least $2 billion before reaching the Senate if it is to have a realistic chance of passage. The bill would have to reduce the deficit by at least $1 billion within the jurisdiction of the Senate Finance Committee and by at least another $1 billion within the jurisdiction of the committee that deals with health.

If true, this would explain why House Speaker Paul Ryan has yet to send the bill to the Senate for their vote on it. Because congressional rules would most likely make it impossible for Republicans to fix the bill after it had been sent to the Senate, holding onto it until the CBO offers its findings would be the strategically prudent thing to do.

That said, if the CBO report doesn't declare that the bill would hit the magic $2 billion mark, there would need to be at least one more vote in the House of Representatives in order to pass a revised version of the legislation. This would be a major setback for the Republican Party, which trumpeted its earlier passage of the American Health Care Act as a landmark achievement.

House Speaker Paul Ryan told conservative talk radio host Hugh Hewitt that, "out of an abundance of caution," they preferred to "wait to send the bill over to the Senate when we get the final score" from the CBO.

Back in March, however, many Republicans were openly deriding the CBO out of concern that it would give an unfavorable assessment of their latest bill. Their attitude was best captured by a comment from White House press secretary Sean Spicer, who said that "if you’re looking to the CBO for accuracy, you’re looking in the wrong place."