"You see all that s**t pinned all over his dress uniform jacket? That's not supposed to be there." 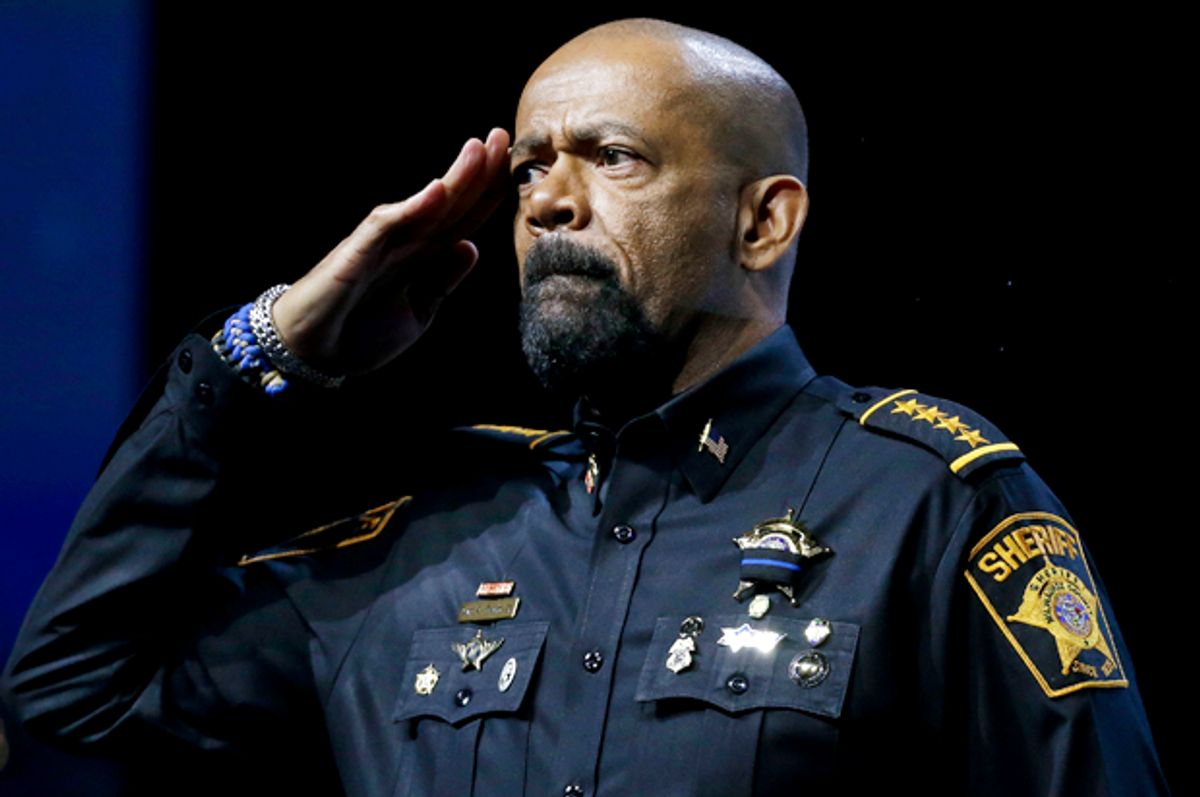 David Clarke, the controversial sheriff of Milwaukee County, Wisconsin and staunch Donald Trump supporter, has reportedly accepted an offer to become the next assistant deputy secretary of Homeland Security. While the DHS itself is casting some doubts on the posting, the reactions to his proposed appointment are, for the most part, negative.

In the wake of that, an interesting charge against Clarke surfaced in the form of a Twitter rant on Thursday.

At almost all of his public appearances, Clarke either wears a pristine cowboy hat with a natty suit or, more famously, a uniform festooned with shiny military medals. On Thursday, Twitter user Charles Clymer, an army veteran, pointed out that those military medals might not be all that legit.

"Look at this fucking guy's uniform," Clymer said, in the second of a long string of tweets on the subject. "You see all that shit pinned all over his dress uniform jacket? That's not supposed to be there."

Clymer went on to break down each individual medal, their placement and their apparently spurious provenance. Clymer acknowledged that legitimate medals are earned, and should be worn with pride, but accuses Clarke of "stolen valor" and calls Clarke's collection, "a sloppy assortment of badge replicas arranged neatly, [that] looks imposing."

He goes on to say that the way Clarke wears his medals seems more like something, "a fucking 10 year-old does. And I know because I was 10 and did this with a pin collection one day. Stupid fun."

Clymer also tweeted that he reached out to the Milwaukee Police Department, to get a copy of their uniform standards to back up his claims, but has not heard back.