We could have been Canada?

Maybe this whole United States of America thing was a terrible mistake — or are we giving up without a fight? 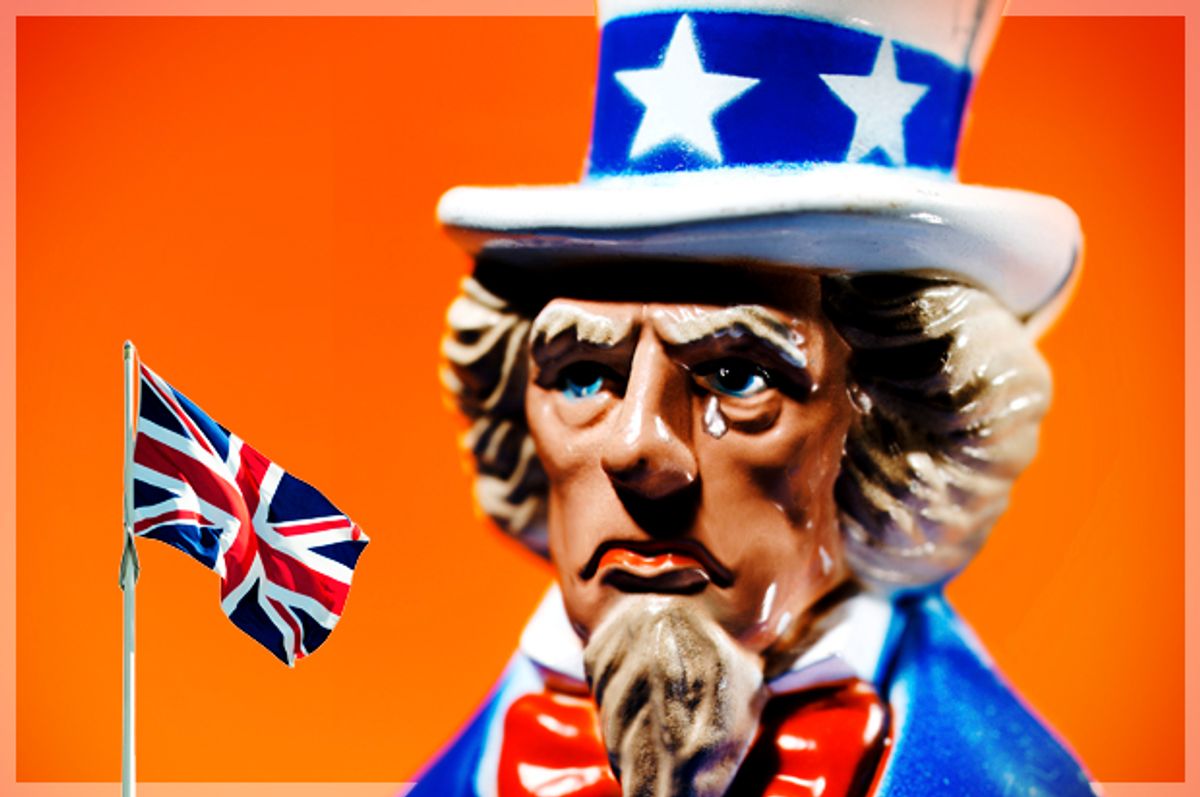 Recently, as I dined at my favorite café, awaiting a return text from my speaking agent, it occurred to me that America may have been a mistake. It also occurred to me that America may be a lie, or an alternate universe, or the nightmare of a sleeping rock giant who lives beneath an enormous snowcapped mountain. What if all of it — the Declaration of Independence, the Bill of Rights and the plot to steal them, as well the Civil Rights Movement, and Brooklyn in the Aughts — had been just a delusion, a fever dream, a hallucination brought on by overbrunching?

Imagine, then, if none of it had actually happened. The Civil War, Reconstruction, Prohibition, Adam Gopnik moving to Paris? All lies. Imagine if Lyndon B. Johnson had never been born or if Woodrow Wilson were reincarnated as Fiona the Baby Hippo? Suddenly, the America that you’d thought about no longer would be the America that you’d never known. What if our history were an intestinal sheath, and we were the sausage?

When I was a child, the notion of a civic society, born from a social compact written by men wearing wigs, girded our intellects and our loins. But now our loins have begun to soften somewhat. Perhaps that’s because of the gig economy, or incipient fascism, or both. Plus we can always blame millennials, and we’d be right. In the meantime, a slow awareness has dawned slowly. We’ve begun to realize that another reality might be better. Fortunately, other realities are opening up every day.

Our universities, which for centuries have perpetuated the false idea that history moves linearly, are beginning to recognize that we exist in just one of an infinite number of possible Americas in an infinite number of timelines. Look at the courses currently being offered. Yale is teaching "Beyond Utopia: Ideal Americas in the Endless Multiverse." At Columbia, juniors can take "The Land Bridge to Russia and How it Made Vladivostok the Capital of the United States." At The University of New Mexico, students are invited to imagine a North America that had never been discovered by European settlers, and then are invited to visit that America through an unstable dimensional portal that recently opened up near the Organ Mountains. No one has emerged from that course unchanged, or with their original number of limbs.

Most profoundly, though, and most likely to score with editors as a pitch, is the scenario where the British won the Revolutionary War and America never ceased to be a colony. In Canada, for instance, students are taught from an early age that England is the mother country that feeds us with her delicious cheese. So let’s imagine a similar scenario: In 1770, instead of getting all bratty and slicing people up with bayonets, American colonists had instead just said, “Fine, tax us whatever, just please don’t fund any more Ricky Gervais projects.” Today, we’d all be drinking top-notch tea and singing “You’ll Never Walk Alone” after watching Liverpool matches. And we’d definitely be up for a couple of weeks in Spain. We would have National Health Insurance, refer to French fries as “chips,” and there’d be an old queen with a Netflix show where she’s depicted as a super-sexy young chick married to Dr. Who.

I think, at this point, we all agree that it would be better to be England than America, as long as we get to keep California and the nicer parts of Colorado. America, thanks to its fake historians, has historically imagined itself a nation of homesteading rebels. But come with me through the portal, and you will see that the entire time you were really just a British pussycat grown fat on clotted cream and sunshine.

That is what it will take for this once-great nation to shake off the lugubrious weight of autocracy. We cannot depend on institutions that have been institutionalized, cannot depend on leaders who don’t lead, and, in the end, we cannot depend on Depends themselves, because everything and everyone leaks. Like many of my fellow writers, I long to rejoin the British Empire, or at least to get a book deal that argues the case. For, as Winston Churchill once wrote in “The Endless Sentence,” his history of England, “When, in fact, great nations gather under history’s storm, harrumph harrumph harrumph.” Or, as the British King Arthur put it in “The Legend of the Sword,” the recent documentary film, “Cheerio mate. Jolly good.  Off you go to the loo!”

Of that we can be certain.