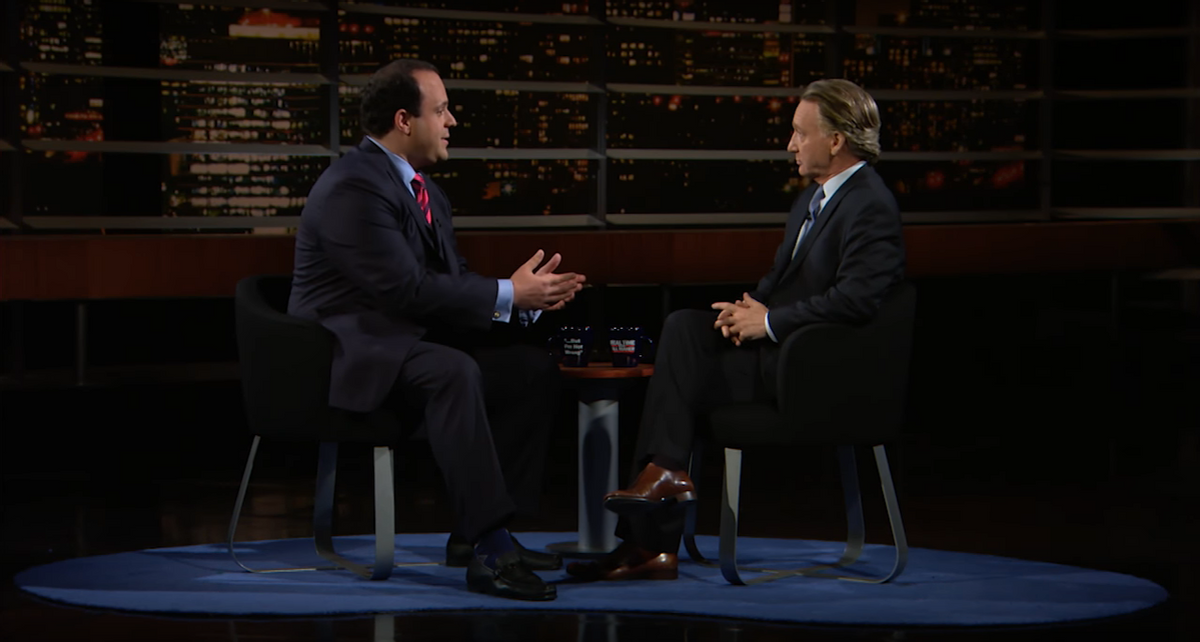 Epshteyn, a former senior adviser of the Trump campaign who now has a new gig at the right-wing Sinclair Broadcast Group, was predictably optimistic about the current administration.

Bill Maher, who said he had "breaking news fatigue" during his monologue, asked Epshteyn how much longer he thought the country would have to deal with this president.

"I think he can be president for eight years," Epshteyn said, precipitating boos from the crowd. "Sorry to disappoint you folks."

"Why don't we have a gentlemen's bet, a 100 rubles?" Maher proposed. "Gentlemen's bet: He is out by Christmas."

The two shook hands over the bet, which comes out to be about $2.

Maher tried to make his case by pointing out that Trump has seemingly admitted to obstruction of justice at least twice.

"It looks like he is trying to get impeached," Maher said.

After the two couldn't agree on possible collusion between the Trump campaign and Russia, Maher simply asked Epshteyn to admit that Russia meddled in the election. Epshteyn wouldn't commit.

"You have to ask Russia," he said.

"Oh, for fuck's sake," Maher responded, at this point agitated. "What side are you on?" he asked.

"I'm again very much on America's side," Epshteyn said. "I'm on the president's side."

"Are they the same thing, really?" Maher quipped.

Maher then brought up the latest story that former FBI Director Jim Comey was keeping meticulous notes on his interactions with Trump.

"We have a he said he said," Maher explained. "Comey says one thing, Trump says another. On the one hand, you have the guy who Politifact says i the greatest liar in the history of American politics, Donald Trump, and then boy scout Jim Comey. Who do you think the American people are going to think is lying?"

"Two weeks ago, Jim Comey was absolutely and completely disgusted,"Epshteyn said. "And now, he's about as popular as Mother Teresa."