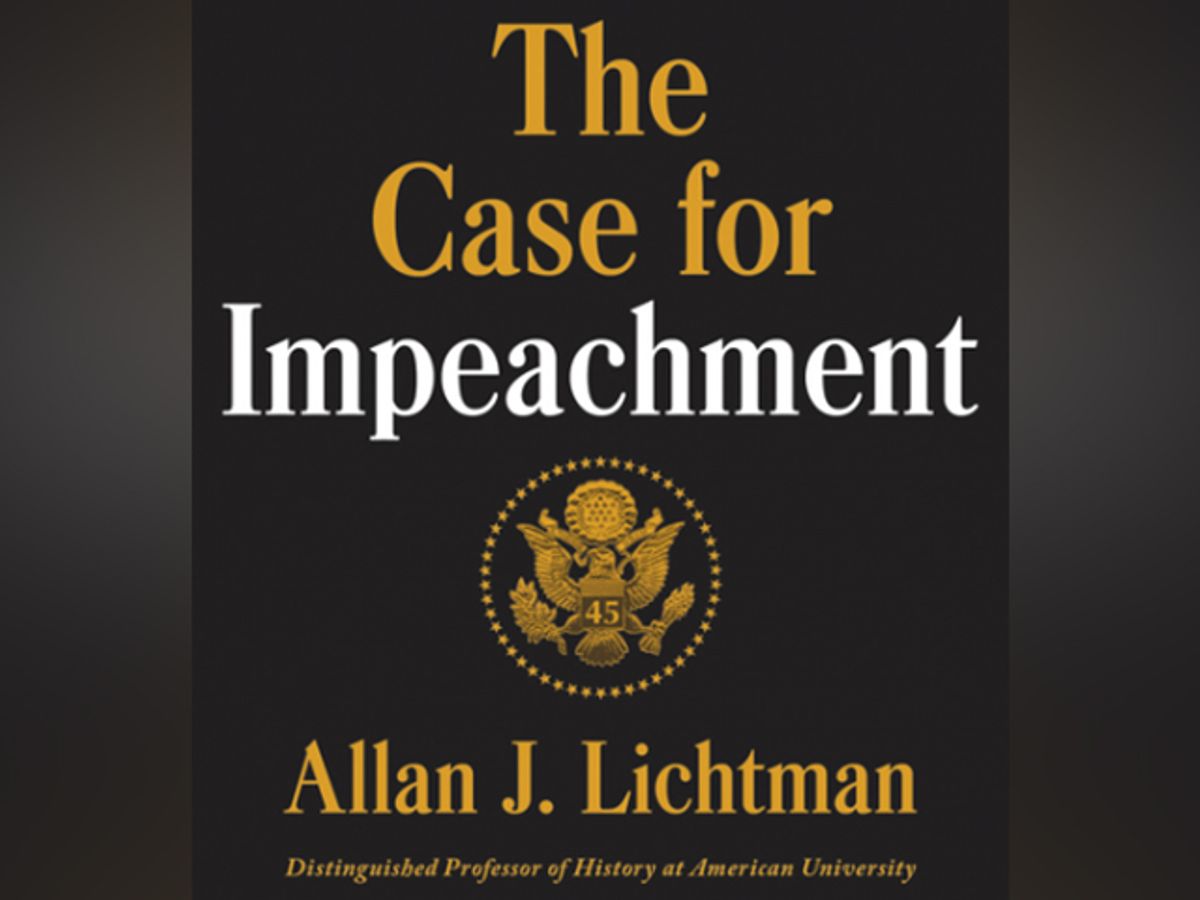 Allan J. Lichtman is best known for accurately predicting the outcome of every presidential election since 1984 (a complex matter for the years when there was a discrepancy between the popular vote and electoral college split). And now he is predicting that President Donald Trump will be impeached.

The impeachment process was set up by the framers of the Constitution as an "orderly and peaceful process for removing a rogue president or another federal official," Lichtman, a history professor at American University, explained to me during a recent episode of "Salon Talk."

Referring to a key point in his new book, "The Case for Impeachment," Lichtman said, "Trump should not be impeached because he's unconventional, because you don't like his style or because you disagree with his policies."

Added Lichtman: "Impeachment should only proceed when there is such a severe abuse of power by the president that it threatens the society itself. That is, it threatens our Constitution, our freedoms, our liberty and our national security."

So it appears to me that the president should be impeached if he did something that would make him a "rogue president" — such as, say, firing a top law enforcement official because he was investigating him.

The New York Times reported on Friday that Trump is said to have bragged to Russia's Foreign Minister Sergey Lavrov and Ambassador Sergey Kislyak that he fired FBI Director James Comey because "he was crazy, a real nut job" and, more damningly, because "I faced great pressure because of Russia. That’s taken off."

This story had not broken when Lichtman and I had our conversation a few days earlier. And since I'm not a lawyer, I won't offer a legal opinion about whether such a statement represents a confession of obstruction of justice related, say, to the investigation of Russian interference in the U.S. 2016 election and possible collusion by Trump's campaign. Rather here's a plea for common sense:

If Trump actually said this, what conclusion are we to draw other than he wanted to cover up criminal activity?

If he did indeed want to obstruct justice, how can anyone in good conscience — Republican, Democrat, independent, apathetic — not demand his removal from power?

If the report is true, then Trump is the very embodiment of the type of "rogue president" that the Constitution's framers believed needed to be ushered out of office through the impeachment process.

Make no mistake about it: The fate of American democracy itself is at stake here.