"America needs us": The Rock and Tom Hanks reveal 2020 presidential campaign on "SNL" 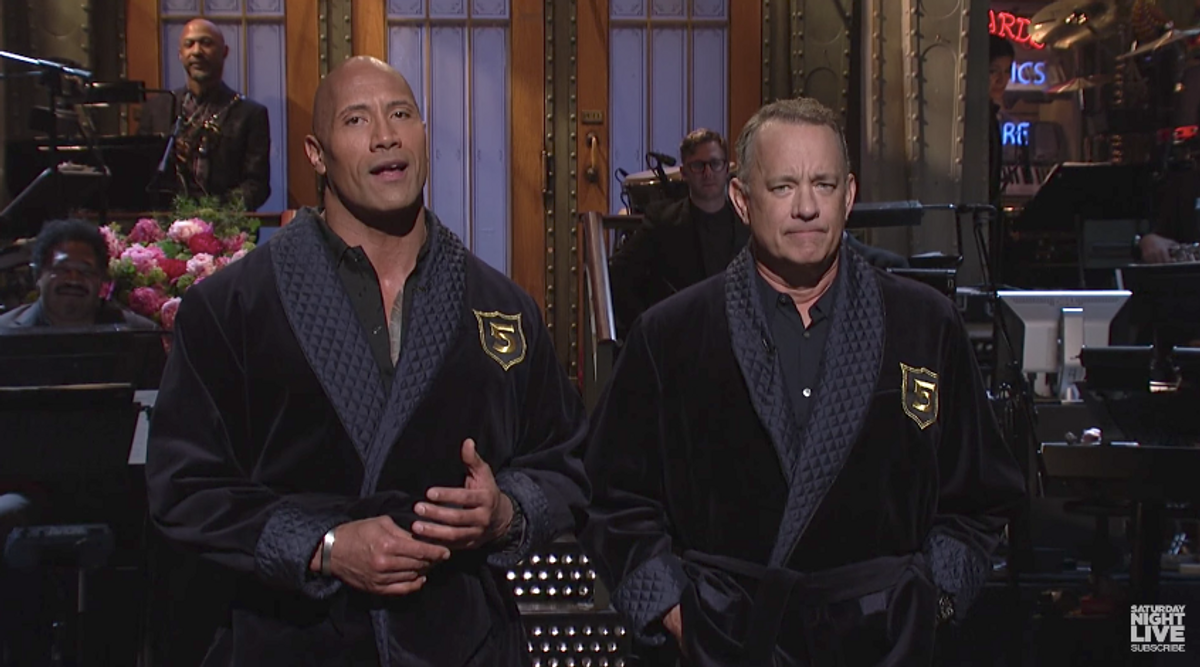 For the fifth time, Dwayne "The Rock" Johnson hosted "Saturday Night Live" and during his opening monologue he was greeted by Alec Baldwin who welcomed him to the club and presented him with a five-timers jacket.

Johnson thanked Baldwin, and complimented his performances as President Trump throughout the show's season this year. But then Johnson addressed the rumors that he would run for president in the next election, a poll last week indicated that The Rock would defeat Trump.

"Tonight I want to put this to rest and just say once and for all: I'm in!" Johnson exclaimed to a cheerful audience. He then said he was even ready to announce his running mate. As Baldwin was ready to accept the invitation to be on the ticket, Johnson seemed to have other plans, and he announced his vice president would Tom Hanks, who then walked out on the stage.

Johnson said he used to believe that he didn't meet the proper qualifications to become president, but has now realized he may be "too qualified." Hanks went on to add that the country is in desperate need of their leadership.

"The truth is, America needs us," Hanks said to a pleased crowd. "No one can seem to agree on anything anymore except for two things: pizza, and us."

Johnson then took a shot at Trump's braggadocious style of leadership. "When it comes to politics, we need more poise and less noise. Americans deserve strong capable leaders. Leaders who care about this country and care about it's people."

To cap off their monologue the two unveiled a massive campaign banner as they joined hands, and celebrated.