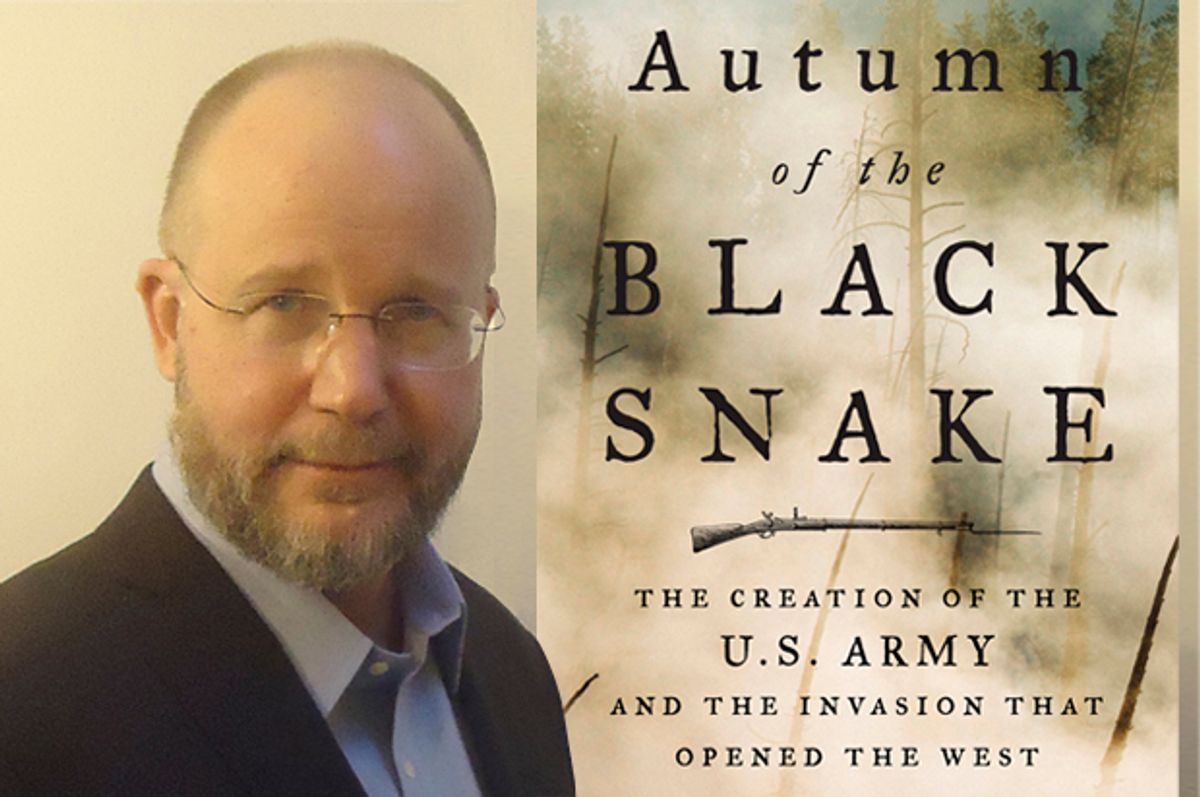 The best popular histories are the ones that take obscure subjects and make them not only compelling, but vitally relevant, for lay readers.

This is no mean feat. Authors less bold and visionary than William Hogeland will usually settle for writing conventional biographies about the characters who grace the pages of "Autumn of the Black Snake" — George Washington, Alexander Hamilton, Thomas Jefferson. Perhaps a few will focus on the more well-known events from their lives, such as Washington's main campaigns in the Revolutionary War or Jefferson penning the Declaration of Independence.

What Hogeland does, though, is take the subject of America's post-Revolutionary frontier wars with Native Americans — one that is too often overlooked because it is so uncomfortable — and demonstrate how it is painfully relevant to a triad of topics that popular historians are much more prone toward covering: namely, the great personages listed above, cultural imperialism and the creation of the American war machine.

That subject, as the title gives away, is the imperialist seizure of Native American land by the newly formed United States government in the final years of the 18th century. Washington was a firm believer in the importance of creating a standing army, despite the reservations of his fellow founding fathers. He was also, like most of his contemporaries, a virulent racist who had no qualms about murdering non-whites and claiming their land.

This last point is critical, as Hogeland and I discussed in our Salon Talks conversation. As musicals like "Hamilton" sweep the nation, it is easy to allow a romantic version of American history to overshadow some ugly truths. The story of America's development is inextricably linked with our founding fathers' imperialist designs against Native American nations. It is also inextricably linked with the racist assumptions that they used to justify dehumanizing and displacing thousands, and ultimately millions, of innocent people.

As Hogeland himself puts it:

The story of the only indigenous alliance to win battles that might have defeated American expansion into the West, and the story of the founding of the U.S. Army, with all of its world-historical future coded in embryo, in the first war that the United States ever fought — the story, that is of Americans' real emergence as a national people — is set in regions we don't recognize, map to our world, or have any bearings in.

This challenge would not exist for a historian covering, say, the Napoleonic wars, which redounds all the more to Hogeland's credit that he makes it so effortlessly accessible to his readers.

"Autumn of the Black Snake" is a thorough, informative and entertaining read — as a popular history, it dare not be anything but — yet it is also a devastatingly accurate mirror into our own political souls. It's easy to criticize Washington and his cohorts today, but the early 21st-century American war machine has a racist and acquisitive mentality all too similar to those of its late 18th-century forebears. Hogeland deserves all the plaudits he can get for writing such an insightful book about the present by diving so deep into America's past.