Trump's attacks on the media have called forth its better instincts, for now. But huge credibility problems remain 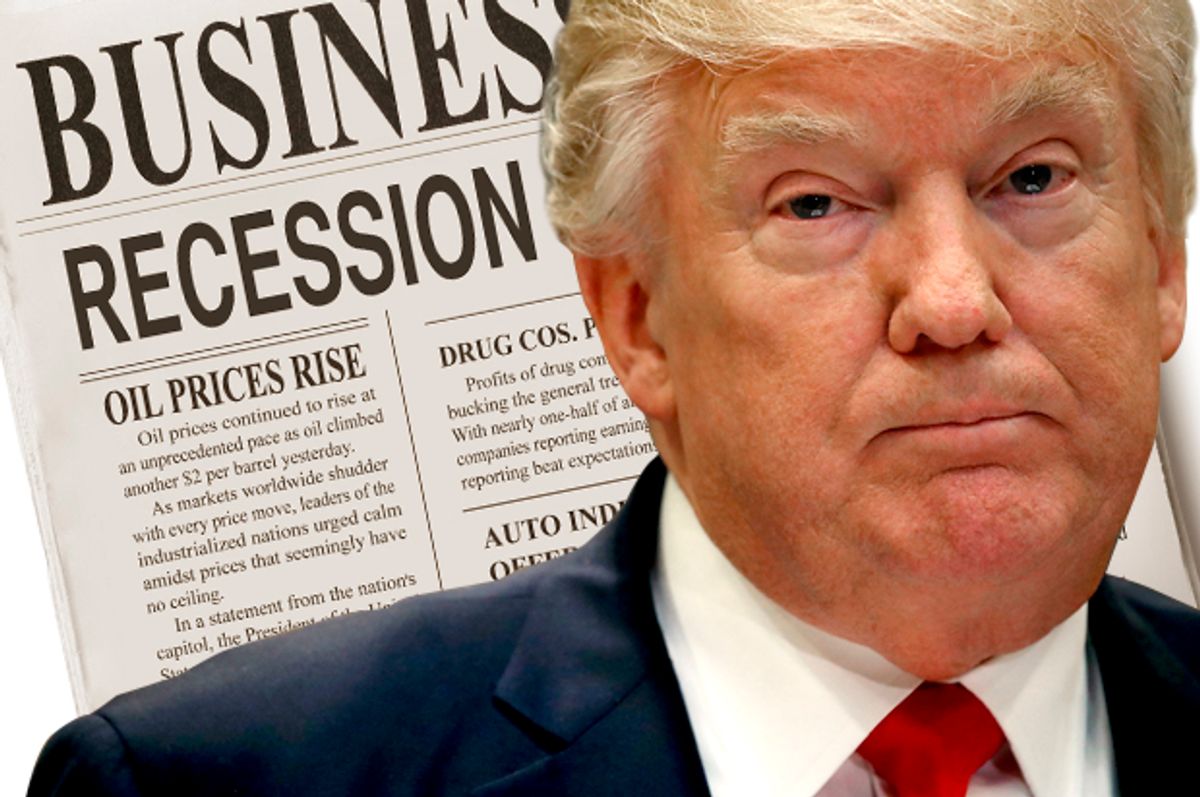 When Gallup published its annual survey on trust in the media last September, the country was in the middle of a historically divisive election in which one candidate was vehemently attacking the “dishonest media” and promising to “open up” libel laws as president. It was not a great surprise, then, that just 32 percent of respondents said they had a “great deal” or a “fair amount” of trust in the mainstream media — an all-time low for the survey, down eight points from the previous year. Republicans in particular had an extremely negative view, with a mere 14 percent expressing trust in the media, a drop of more than half in just over a year.

Less than two months later, of course, the anti-media candidate, Donald Trump, was elected president of the United States. Since then, his pathological dislike for the media has only deepened. The president has attempted to further undermine trust in the press over the past several months by calling into question every story that he dislikes, while labeling some of the most reputable publications “fake news.” (Meanwhile, the White House has granted the objectively fake news website InfoWars a press pass, and Trump has repeatedly peddled fake news reports himself.) In February, Trump went further than even his harshest critics could have anticipated when he branded  members of the press “enemies of the people” — an expression historically used by tyrants like Joseph Stalin (though it is doubtful that the president, ignoramus that he is, was fully aware of this).

Now, four months into his four-year term, Trump’s erratic behavior has continued unabated — as has his resentment of journalists. Indeed, odds are that the president’s animus toward the press — particularly the New York Times and the Washington Post — has reached its apex over the past week. On Tuesday, the Times’ explosive report on the James Comey memo, which revealed that the president had asked the FBI director to end an investigation into former national security adviser Michael Flynn, rocked the Trump administration to its roots. And while this revelation, which could very well lead to Trump’s demise, justifiably received all the headlines, the memo included another unsettling revelation that slipped under the radar. The president, according to the Times, also asked the FBI director to “consider putting reporters in prison for publishing classified information” (the irony here is obvious, as this week’s first bombshell report from the Washington Post revealed that the president had divulged classified information to Russian government officials a week earlier).

If the Trump administration is indeed waging a war with the press, then it appears the “opposition party” — as the president’s chief strategist, Steve Bannon, has called the news media — is currently winning. The Trump era has, if anything, inspired a new journalistic zeal. And the president’s frequent authoritarian outbursts and unwavering hostility toward the truth has served to remind us all why a free press is so essential for democracy (though not all Americans agree: According to Pew Research Center, just half of Republicans believe that a free press is “very important” for a democracy). Trump has been more Nixonian in his first 100 days in office than Richard Nixon was during his entire presidency; without a strong and independent media, his authoritarian impulses would go largely unchecked.

Of course, it would be an exaggeration to say that the age of Trump has brought about a new golden age of journalism in America. While certain publications have done excellent reporting on the Trump administration over the past few months, the media landscape overall remains bleak. And though Trump’s attacks on the press have been dishonest and partisan in nature, this doesn’t necessarily mean the mainstream media is trustworthy or credible. (Let us not forget how the press elevated Trump in the first place and made his election possible.)

Like most Republicans, Trump has attacked the media for its apparent liberal or left-wing bias, but the truth is that the mainstream media has more of a corporate bias, driven first and foremost by business interests. However, Stephen Colbert’s famous quip that “reality has a well-known liberal bias” has become increasingly accurate over time. This reality was evidenced by the nonstop coverage that the media provided Trump — at the time, a buffoonish reality TV star whose celebrity status drew big ratings — throughout the 2016 election campaign, while virtually ignoring many other candidates. According to data tracking firm mediaQuant, Trump received about $5 billion in “free earned media” during the 2016 election — more than Hillary Clinton, Bernie Sanders, Marco Rubio and Ted Cruz combined.

This alone should give one pause about the mainstream media, especially when coupled with the fact that 90 percent of media companies today are owned by just six corporations, compared to 50 companies in the early 1980s. This rapid concentration of media ownership, along with the rise of the right-wing media complex and the proliferation of fake news (i.e., real fake news, not the news that Donald Trump doesn’t happen to like), has been enormously detrimental to our democracy.

The busy news week culminated on Thursday with an announcement that Roger Ailes, the architect of Fox News, had died the previous night. The disgraced media executive (and, if we’re being honest, propagandist) leaves behind a shameful legacy of extreme polarization, and it is hard to imagine someone like Trump getting elected president in a world without Ailes. Amazingly enough, Fox News has sunk even further since Ailes was forced to resign last year because of sexual harassment. Under the Trump presidency, the network has essentially turned into a giant trolling operation dedicated to mocking anyone who is critical of the president (as conservative commentator Charlie Sykes pointed out in a recent New York Times op-ed).

So it is more important than ever for there to be a credible and independent press that can counter the misinformation disseminated by the White House and its supporters in the right-wing media. Unfortunately, a Morning Consult survey released last month found that the media remains widely distrusted. Indeed, the poll found that more Americans trust Trump’s White House (37 percent) to tell the truth than the media (29 percent). This is a disturbing reality considering how blatant the president’s falsehoods have been, but it’s easy to see why the mainstream media’s reputation is currently in the gutter.

Last February, the New York Times ran its first TV ad since 2010, declaring that “The truth is more important now than ever.” As noted above, the newspaper of record has done some first-rate reporting in the Trump era, and its latest report on the Comey memo could signal the end of the Trump administration. But if the truth is indeed more important than ever, then it is hard to understand why the Times decided to hire a well-known climate change denier, Bret Stephens, as a full-time columnist last month. This decision perfectly encapsulated how mixed and contradictory the media’s performance has been in the age of Trump.

Earning back public trust will not be easy for the news media, and as long as major publications and networks are committed to yellow journalism and desperate for controversy — that is to say, as long as profit is the principal force driving the media — those major credibility issues will remain. But even the media’s most vociferous critics should hope it can regain some of the public’s trust when a man as dangerous and erratic as Donald Trump is in the White House.