Trump's new budget proposal slashes safety-net programs like Medicaid, and even some Republicans are upset 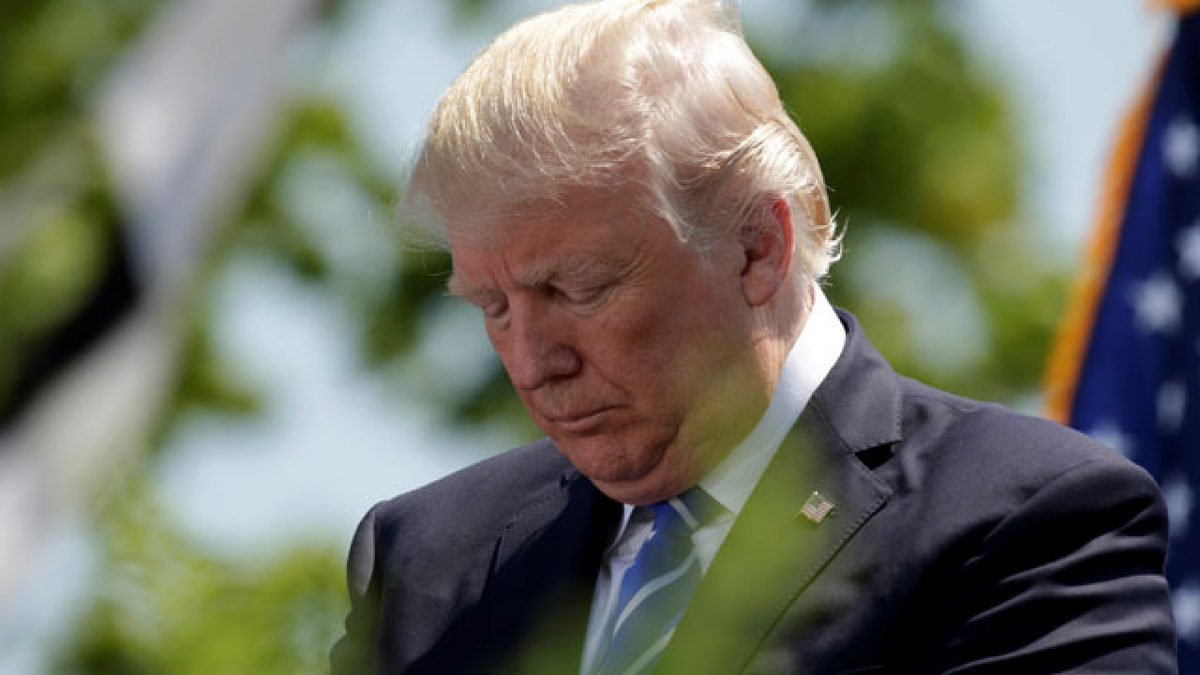 President Trump's budget proposal on Tuesday will include massive cuts to Medicaid despite his administration insisting that Medicaid would not be slashed. There will also be changes to anti-poverty programs "that would give states new power to limit a range of benefits," according to the Washington Post.

It was only two weeks ago when Health and Human Services Secretary Tom Price told CNN's Jake Tapper on "State of the Union" that there would "absolutely not" be cuts to the Medicaid program, but the health care plan that passed the House, and now Trump's budget proposal stand to do just that. The new health care bill was already expected to cut roughly $880 billion in Medicaid over the next decade. Some Republicans have even criticized the cuts in the budget proposal.

"I would think that the health care bill is our best policy statement on Medicaid going forward,” Rep. Greg Walden, R-Ore. chairman of the House Energy and Commerce Committee said, according to the Associated Press. The committee has jurisdiction over the program.

Details for the the plan will be made public on Tuesday but White House budget director Mick Mulvaney had briefed Republicans on what to expect.

Trump's full budget submission to Congress is months overdue and follows the release two months ago of an outline for the discretionary portion of the budget, covering defense, education, foreign aid, housing, and environmental programs, among others. Their budgets pass each year through annual appropriations bills.

Trump's earlier blueprint proposed a $54 billion, 10 percent increase for the military above an existing cap on Pentagon spending, financed by an equal cut to nondefense programs. Those cuts rang alarm bells for many Republicans, who were particularly upset about proposals to eliminate community development block grants, slash medical research and eviscerate foreign aid.

The proposal will also include cuts to federal employee pensions, as well as farm subsidies. "We think it’s wrongheaded," Rep. Mike Conaway R-Texas said. "Production agriculture is in the worst slump since the depression — 50 percent drop in the net income for producers. They need this safety net."

The president's streamlined version of the budget released in March only addressed "the 30 percent of government spending that is appropriated each year," the Post reported. But Tuesday's budget holds more significance because there will be proposed changes to entitlement programs that don't require annual authorization from Congress. The Supplemental Nutrition Assistance Program, known as SNAP, is essentially "the modern version of food stamps" according to the Post, and is one of the many anti-poverty programs that stands to change. The program had 44 million recipients in 2016.

The budget proposal is looking to reverse a culture of dependency that the Trump administration claims has been a result of anti-poverty programs and encourage Americans to re-enter the work force. "Its premise is that the creation of more wealth will help all Americans succeed, according to the Post.