WATCH: Dutch film "The Dubious Friends of Donald Trump": Connecting the dots on Trump's ties with the Russian mob

Documentary makers explore how Russia could have damning intelligence about Trump, and Putin could try to use it 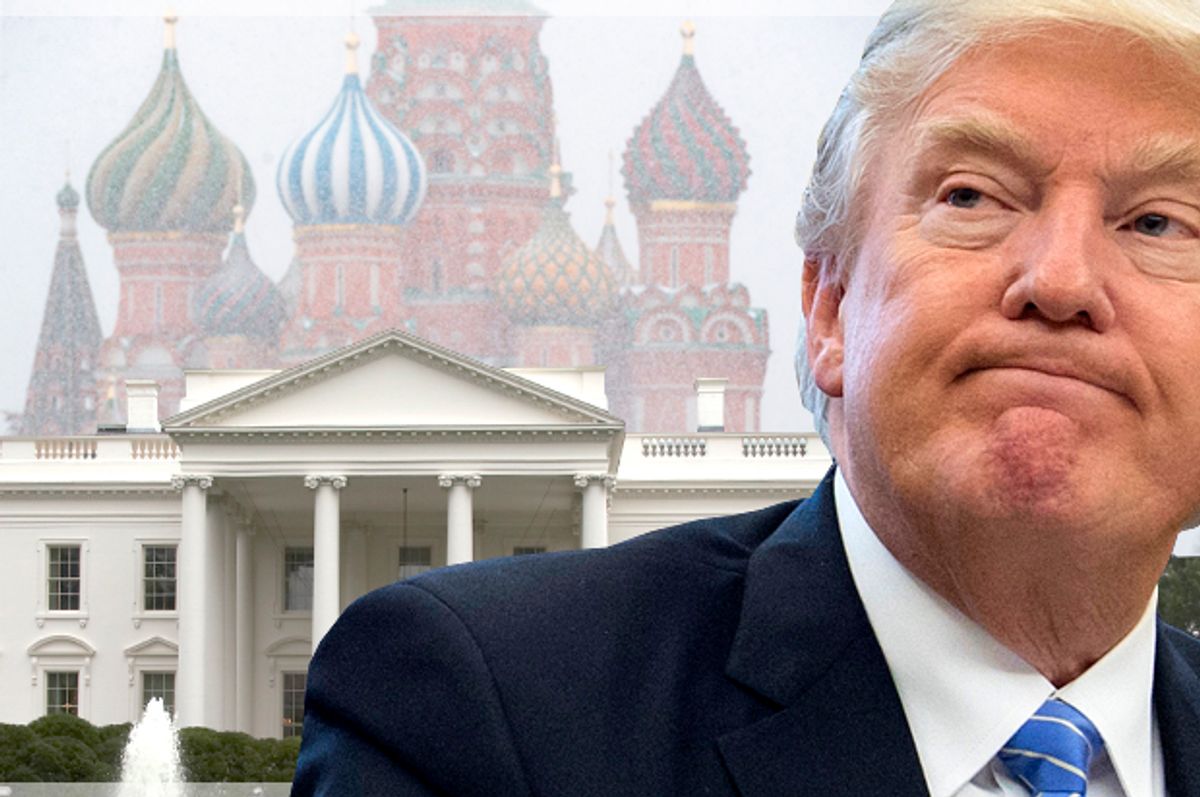 As the U.S. continues its investigations into the Trump campaign's possible collusion with Russia to influence the U.S. presidential election, the scandal has evolved into a potential global conspiracy and has generated widespread interest abroad.

A new Dutch documentary released earlier this month, called "The Dubious Friends of Donald Trump," appears to provide the clearest thread to date between President Donald Trump's business dealings and the Russian mob.

The two-part film, produced by the Dutch television documentary program Zembla, features attorneys, a senator and foreign intelligence analysts who are probing Trump's past ties with Russians. Zembla has provided Salon an English-language version of the film.

The documentary explores how Russia could have damning intelligence about Trump and how President Vladimir Putin could use that information to compromise the White House.

"The danger plays into a well-established Russia toolbox of foreign influence," Sen. Sheldon Whitehouse says in the documentary. "One of the ways in which the Russian government manipulates governments around the world is to build a network of people who they can control."

"The Dubious Friends of Donald Trump" claims that Russia may already have compromising material on Trump related to his business partnership with the Bayrock Group, an international real estate company with alleged connections to the Russian mob. The Bayrock Group helped finance one of the Trump Organization's crown jewels, Trump SoHo in lower Manhattan.

Pulitzer-Prize winning journalist Michael D'Antonio, who has written a book about Trump tells the filmmakers the sources of Trump's wealth likely pose a big problem for the president. "He always says, 'I have no business in Russia.' He never says, 'Russians have no business with me,'" D'Antonio says at one point in the film.

Also in the documentary, Malcolm Nance, a foreign intelligence analyst for MSNBC, offers this acute summation of Trump's relationship with Russia: "If you are a gambling addict and you owe somebody a lot of money, you would never insult your bookie."

Watch on Salon both segments of “The Dubious Friends of Donald Trump," including "The Russians” and "King of Diamonds.”