WATCH: Who makes a presidency succeed or fail?

For "The Gatekeeper" author Chris Whipple, the White House chief of staff plays a pivotal role in achieving wins 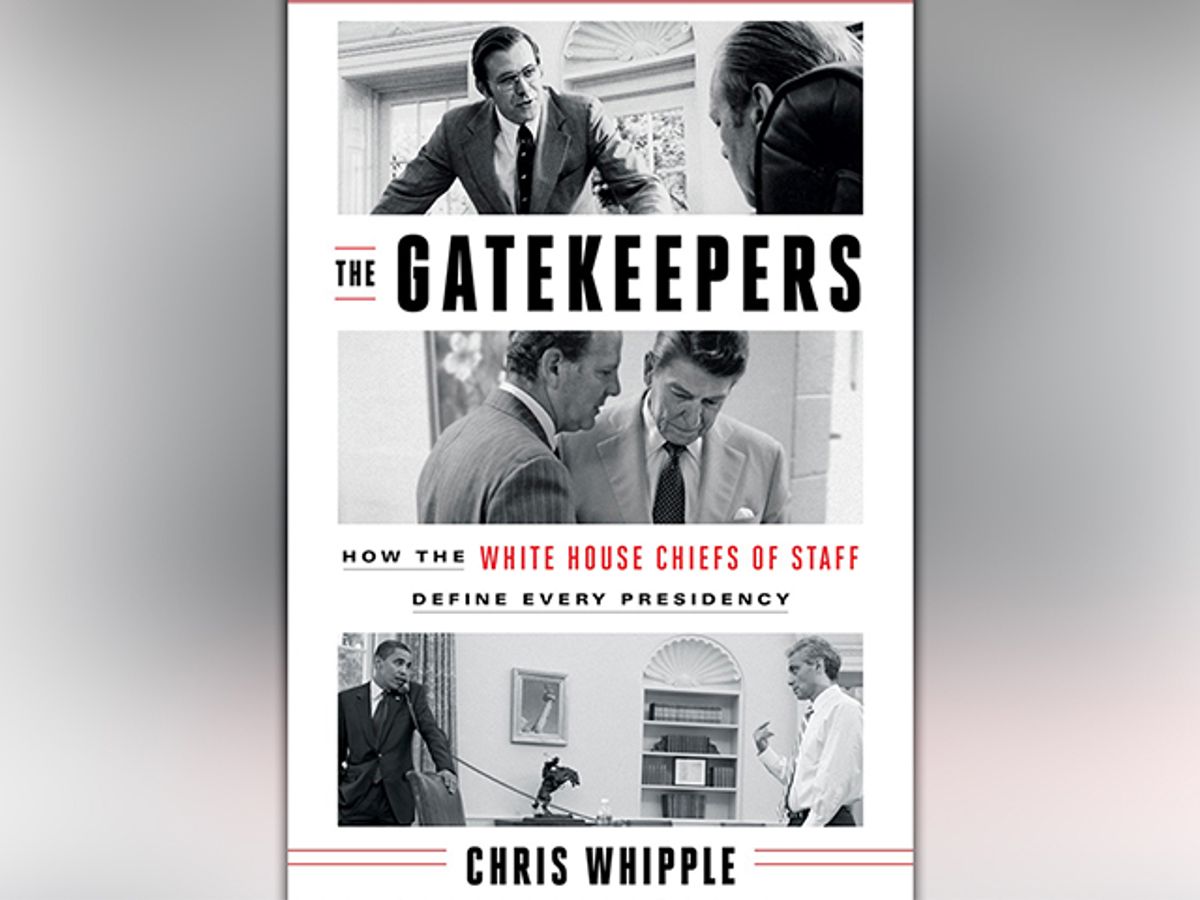 This "Salon Talks" video was produced by Kevin Carlin.

To journalist Chris Whipple, President Donald Trump’s approach to running the White House "is the most dysfunctional" in modern history. Whipple has some ideas about the subject, having just written "The Gatekeepers: How the White House Chiefs of Staff Define Every Presidency,” his new book with interviews of 17 former chiefs, including Rahm Emanuel, Dick Cheney, Leon Panetta and Donald Rumsfeld.

“The problem is that nobody is in charge; nobody is empowered as White House chief,” Whipple said during a recent episode of "Salon Talks." And that's an issue for the current chief of staff, "Reince Priebus, who is unable to execute Trump’s agenda, assuming that it’s doable to begin with."

Whipple declared that ultimately Donald Trump is the one responsible for the undesirable state of affairs. "He really has failed to realize that governing is tough," Whipple said of the 45th president. "Governing is nothing like running a Manhattan real estate firm where you can have people coming and going all the time, in and out of your office, nobody empowered, no chain of command, no gatekeeper. You can’t run the White House that way, and we’re seeing the results."

Successful presidents have learned, sometimes the hard way, about the need for empowering a chief of staff as "a first among equals" in the White House, to make it possible to accomplish a policy agenda — and “tell you what you don’t want to hear,” Whipple said. “Every president needs that and, perhaps our current president more than any other, and he doesn’t have that person in the White House."

Throughout U.S. history whether presidents have faced crises (like the Watergate and Iran contra scandals or the Iraq War) or policy decisions like Barack Obama's rollout of Healthcare.gov or Donald Trump's "botched executive orders . . . the White House chief makes a difference between success and disaster,” Whipple said.

So under ideal circumstances what does a good chief of staff do? "He has to be the gatekeeper . . . controlling access to the Oval Office," Whipple explained. "But what it really means is creating time and space for the president to think. The White House chief has to be the honest broker of information, making sure that every decision — first of all that only the toughest decisions get into the Oval; second that they are teed up with information on every side of the issue."

Whipple claimed that the current chief is falling short in this regard, declaring that "Reince Preibus has been complicit in flagrant lies that have been uttered by the president and also by his surrogates."

Watch more of the interview to see Whipple's analysis of this key to White House function or dysfunction.