WATCH: "You're a politician like Ja Rule is a festival organizer" SNL's Weekend Update breaks down Trump's rough week

"Who are you going to believe, the head of the FBI? Or the guy who's definitely lying?" 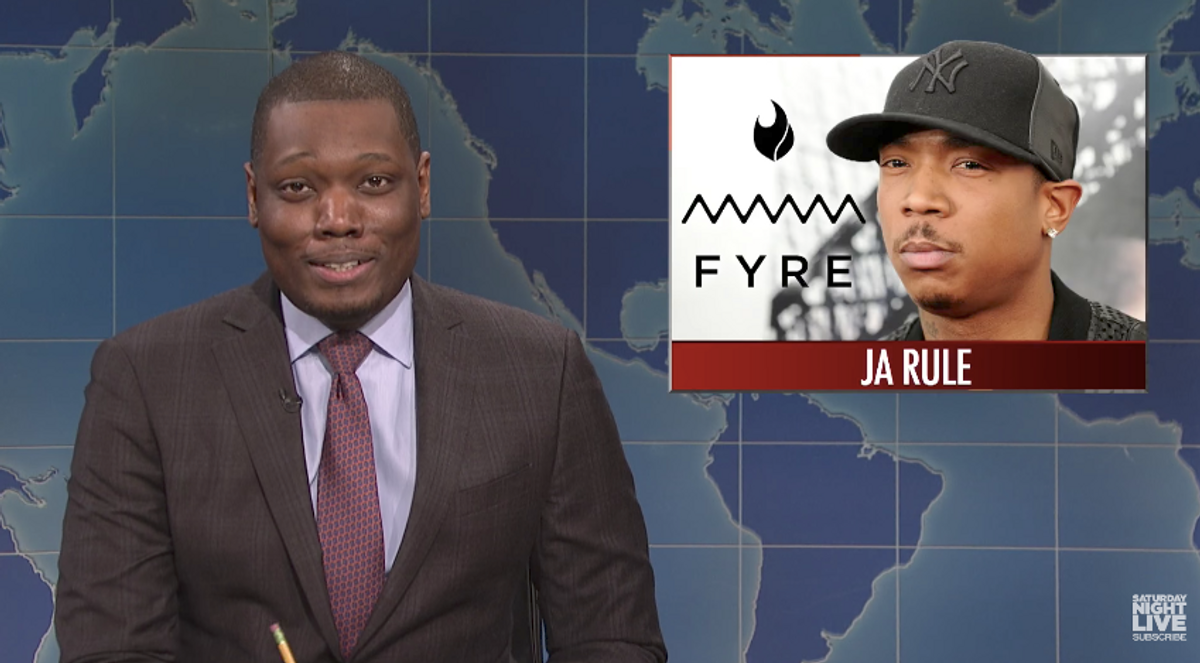 "I know I said this last week, but this week was crazy," said Colin Jost, co-host of SNL's Weekend Update, as he kicked off the segment. "Obviously [President] Trump's not done yet, but lets just say Mike Pence is definitely warming up in the bullpen."

Jost then delved into the president's rough week with the press, and discussed Trump's blatant denial that he requested former FBI Director James Comey to end the investigation into his former national security adviser, Michael Flynn. "Who are you going to believe, the head of the FBI? Or the guy who's definitely lying?" Jost joked.

Co-host Michael Che joined in and talked about Trump' tweet last week where the president claimed that he was the victim of a "witch hunt." Che also mentioned that during Trump's commencement speech to the Coast Guard Academy last week, the president said that "no politician in history" had been treated so "unfairly."

Che said in jest, "Honey, it's because you're not a real politician. You're a politician like Ja Rule is a festival organizer." The co-host was referring to the Fyre Festival disaster which was organized with the help of musical artist Ja Rule. Che also compared Trump sharing classified information with Russian officials to the way Che's aunts would handle church gossip. "I bet everything he leaks to Russia starts with 'Russia girl, sit down.'"

Jost also expressed his excitement for Trump's upcoming speech on Islam in Saudi Arabia on Sunday, comparing it to Vice President Pence giving a toast at a gay wedding. Jost noted that it has been a "tough start" for Trump and his administration this year so SNL gave a short tribute to all those who were lost along the way.