IJR attacked the reporter who broke a story against a Trumpite, then changed their tone after backlash 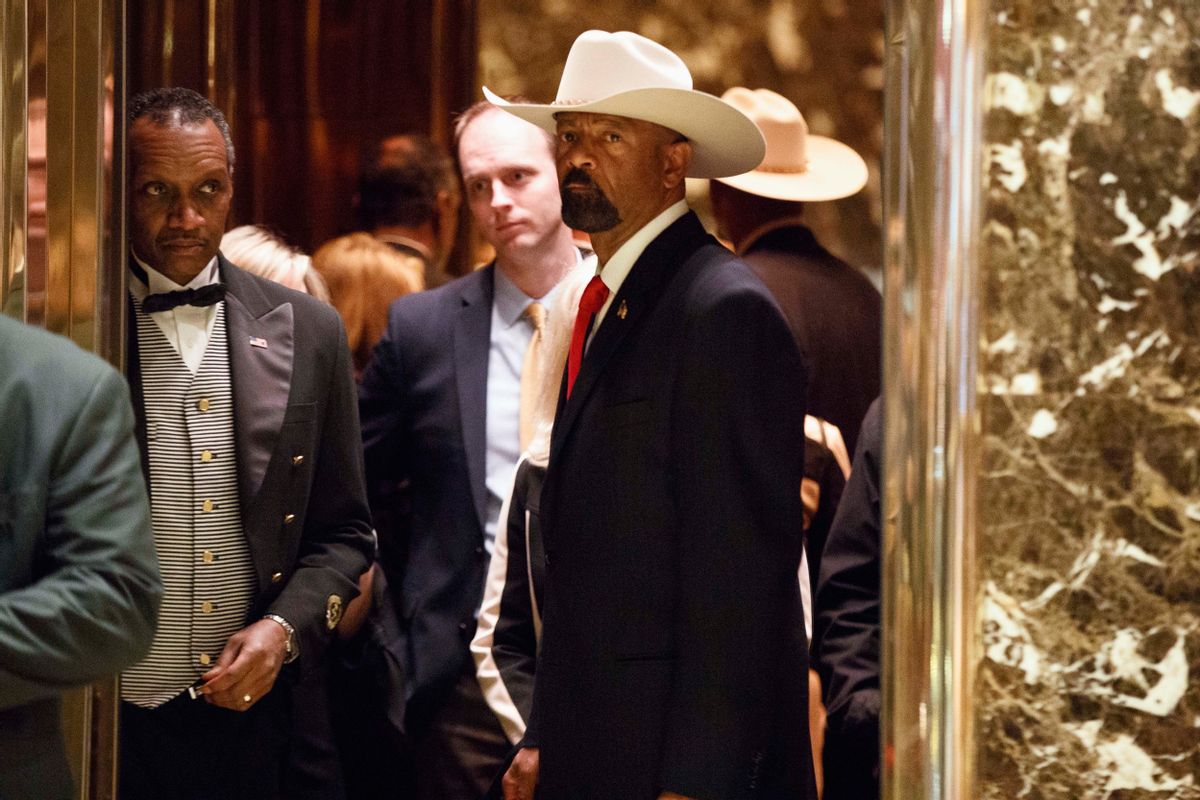 The Independent Journal Review (IJR), a conservative publication based out of Washington, may be best known as the site that published a conspiracy-minded article that insinuated former President Barack Obama went to Hawaii and persuaded a federal judge there to strike down President Donald Trump's travel ban.

After that, there were reports of internal turmoil at IJR, but things seemed to settle down for a bit. They moved some staffers around — and suspended one former plagiarizer, Chief Content Officer Benny Johnson — and were the only outlet allowed to travel with Rex Tillerson on the secretary of state's trip to Asia. IJR suffered a bit of a black eye from the trip, after Tillerson's departure due to "fatigue" wasn't reported — because the reporter, Erin McPike, said she wasn't acting as a pool reporter, but rather going for a profile and Q-and-A.

Which brings us to Sunday. CNN reported that Milwaukee Sheriff David Clarke — picked to be a member of Trump's Department of Homeland Security — plagiarized sections of his 2013 thesis from the Naval Postgraduate School. The CNN report, anchored by investigative wunderkind Andrew Kaczynski, noted that Clarke did attribute his sources, but didn't provide proper citations and attributions for sources, including taking direct sources and passing them off as paraphrasing.

On Monday, IJR reacted to the news by attacking Kaczynski, writing: "Kaczynski has a resume that includes The Daily Beast's 2013 'Best Beat' award and New York Magazine's 13th-most influential tweeter in New York City in 2014. However, his recent higher education accusations made people notice something missing from his resume — a college degree." That line was noticed by reporters and editors.

That the IJR was going after someone for not having a college degree wasn't lost on reporters, such as Time editor Ryan Beckwith.

The article was later edited to be conciliatory to Kaczynski. The headline was changed to "Sheriff Clarke denies plagiarism claim as his supporters go after the reporter who broke the story," while the paragraph in question was changed to "So how did a handful of Clarke's supporters respond? With an ad hominem attack pointing out that Kaczynski didn't finish college."

That IJR was leading the charge was omitted.