Enabling a dangerous president: Pence was there

What was the vice president's role in affirming Donald Trump? 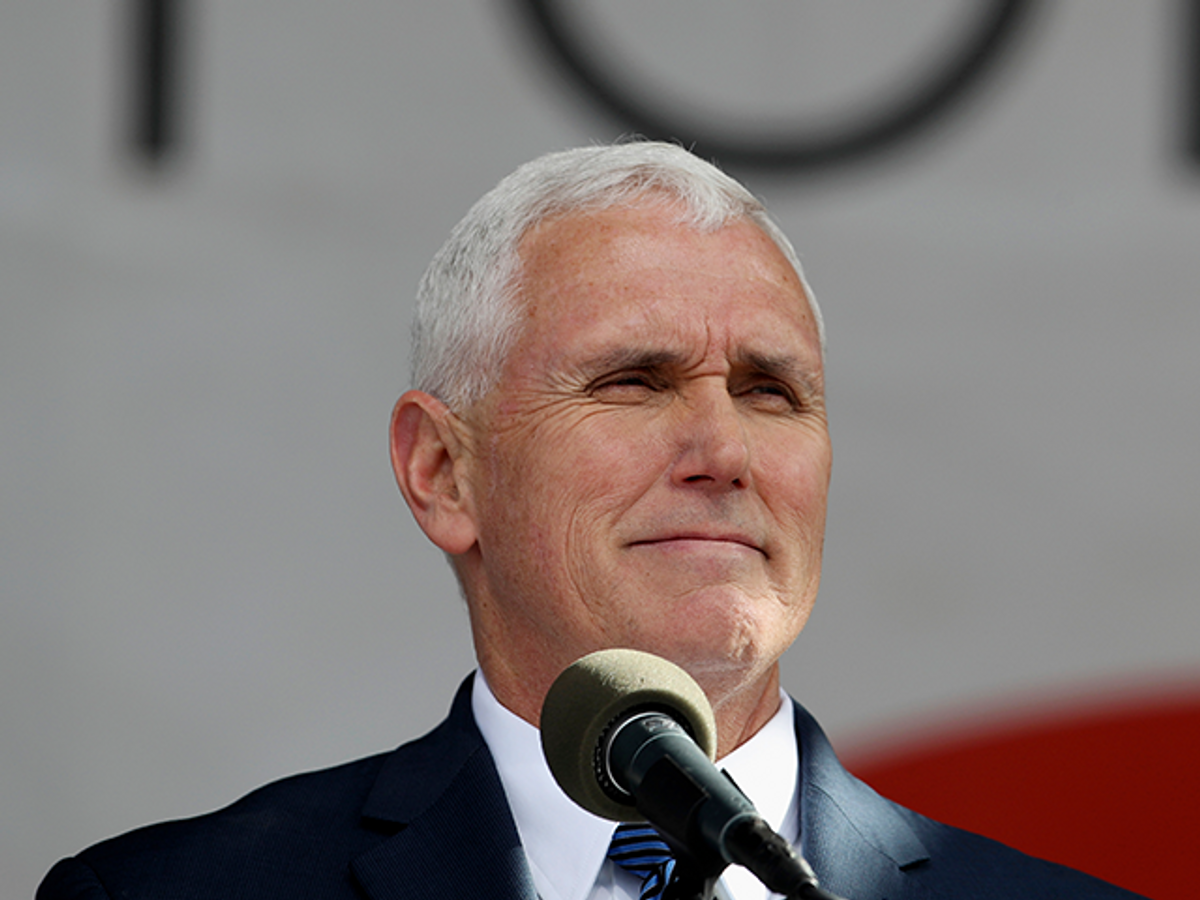 Donald Trump’s disclosure of highly sensitive intelligence to the Russians and reported efforts to shut down the FBI’s investigation into former national security adviser Mike Flynn now shine a spotlight on the next person in line for the presidency. It should be withering, because Vice President Mike Pence (JD, Indiana — Robert H. McKinney School of Law, ’86) is not a solution to Trump. His consistent dishonesty is a central part of the problem America faces. But compared to the boss, whose dangerous tendencies he has enabled, Pence seems like a Boy Scout. That merely proves the depths to which the bar of acceptable behavior has fallen, if it even exists anymore.

Lies on the Campaign Trail

As an attorney, Mike Pence has a special awareness that a public servant’s lies can undermine democracy. But such knowledge seems secondary to his political ambitions. When Trump was looking for a running mate, Pence faced the serious prospect of losing re-election as governor because of his extreme positions on social issues. For example, in 2015, he signed Indiana’s Religious Freedom Restoration Act, which allowed businesses owners to act on their religious beliefs in refusing service to gay patrons. With Pence’s eroding popular support, the VP spot on the Republican ticket became his political lifeline, and he has repaid Trump handsomely.

Trump’s actions as president make Pence’s lies during the debate even more striking, including these:

STEPHANOPOULOS: [Trump] said he would have won the popular vote if you deduct the millions of people who voted illegally. That statement is false. Why is it responsible to make it?

PENCE: Well, I think the president-elect wants to call to attention the fact that there has been evidence over many years of…

STEPHANOPOULOS: That’s not what he said.

STEPHANOPOULOS: That’s not the evidence…

PENCE:  …that’s certainly his right. But, you know…

PENCE: Well, it’s his right to express his opinion as president-elect of the United States. I think one of the things that’s refreshing about our president-elect and one of the reasons why I think he made such an incredible connection with people all across this country is because he tells you what’s on his mind.

STEPHANOPOULOS: But why is it refreshing to make false statements?

PENCE: Look, I don’t know that that is a false statement, George, and neither do you. The simple fact is that…

STEPHANOPOULOS: I know there’s no evidence for it.

PENCE: There is evidence, historic evidence from the Pew Research Center of voter fraud that’s taken place. We’re in the process of investigating irregularities in the state of Indiana that were leading up to this election. The fact that voter fraud exists is…

STEPHANOPOULOS: Whether it’s true or not?

PENCE: Well, they’re going to tell them — he’s going to say what he believes to be true and I know that he’s always going to speak in that way as president.

Two months later, Pence said he would be proud to head a new Trump commission to investigate the bogus voter fraud claim. It was a solution in search of a nonexistent problem, and it would almost certainly morph into a justification for future voter suppression efforts. On May 11, Trump signed an executive order creating that commission and naming Pence, who stood nearby, its chairman.

Pence’s willingness to lie for Trump knows no bounds. That became even clearer with reports about his central role in the cover-up relating to the firing of FBI Director James Comey.

On May 3, Comey told a Senate committee that the thought of his actions during the 2016 presidential campaign affecting the election outcome made him “mildly nauseous.” When Trump heard that, he reportedly burned with anger. According to The New York Times, Pence was there as Trump vented to a handful of confidants and talked about firing Comey.

According to The Washington Post, Pence was there five days later, when Trump reportedly told a few close aides that he’d made up his mind: Comey had to go. According to ABC News, Pence was part of a small group that prepared media talking points on the anticipated Comey firing.

On Tuesday, May 9 the White House released Trump’s letter firing Comey and put out a false story: Trump had simply acted decisively on recommendations that Deputy Attorney Rod Rosenstein and Attorney General Jeff Sessions had brought to him that day. In the ensuing uproar on Capitol Hill, Trump needed someone to quell the exploding crisis.

Mike Pence was there Wednesday morning May 10, visiting uneasy congressional Republicans. During a seven-minute on-camera appearance, reporters asked him whether Trump had provided the impetus for Comey’s firing. As is his wont, Pence responded with a folksy story:

Did the firing have anything to do with the FBI’s ongoing investigation of Trump campaign ties to Russia? “That’s not what this is about,” Pence answered. It was about providing someone who could “lead that agency and all the outstanding men and women at the FBI” to greater heights.

We now know none of that was true.

Deputy Attorney General Rosenstein heard the Trump administration’s narrative and didn’t like it. He pressed White House counsel Don McGahn (JD, Widener ’94) to correct the inaccurate depiction of events leading up to Comey’s dismissal. According to The Wall Street Journal, Rosenstein suggested he couldn’t work in an environment where facts weren’t reported accurately. Less than 36 hours later, Trump gave an interview to NBC’s Lester Holt that apparently satisfied Rosenstein:

“Regardless of recommendation, I was going to fire Comey, knowing there was no good time to do it. ”

And in his next sentence, Trump described how he had linked Comey’s firing to the FBI’s ongoing investigation of ties between Russia and the Trump campaign:

“And in fact, when I decided to do it, I said to myself, I said, you know, this Russia thing with Trump and Russia is a made-up story….”

Meanwhile, Trump’s false suggestion that he fired Comey “because he wasn’t doing a good job” — and Pence’s similar argument that the bureau needed new leadership — fell apart, too. As Holt was interviewing Trump, Acting FBI Director Andrew McCabe was testifying on that subject before the Senate Intelligence Committee:

“I hold Director Comey in the absolute highest regard. I have the highest respect for his considerable abilities and his integrity, and it has been the greatest privilege and honor in my professional life to work with him. Also that Director Comey enjoyed broad support within the FBI and still does until this day.”

Conversations about impeaching Trump — or using the 25thAmendment to remove him — are now moving from idle chatter to a more serious phase. Mike Pence wasn’t in the Oval Office with Trump and the Russians on May 10. Nor was Pence present on Feb. 14 — the day after Flynn’s firing — when Trump reportedly asked Comey to end the Flynn investigation. But as the discussions about shortening Trump’s tenure evolve, two points are worth remembering about what Sen. Bob Corker (R-TN) calls Trump’s downward spiral:

In defending Trump, Mike Pence has sacrificed core principles of democracy. In the process, he has dishonored his profession and disserved the country. In the final analysis, he hasn’t served his president very well, either.