Growing up is hard to do: "Goth" is the Mountain Goats' new album

Did you ever ask yourself, what if members of a goth band grew up and had kids and struggled with car payments? 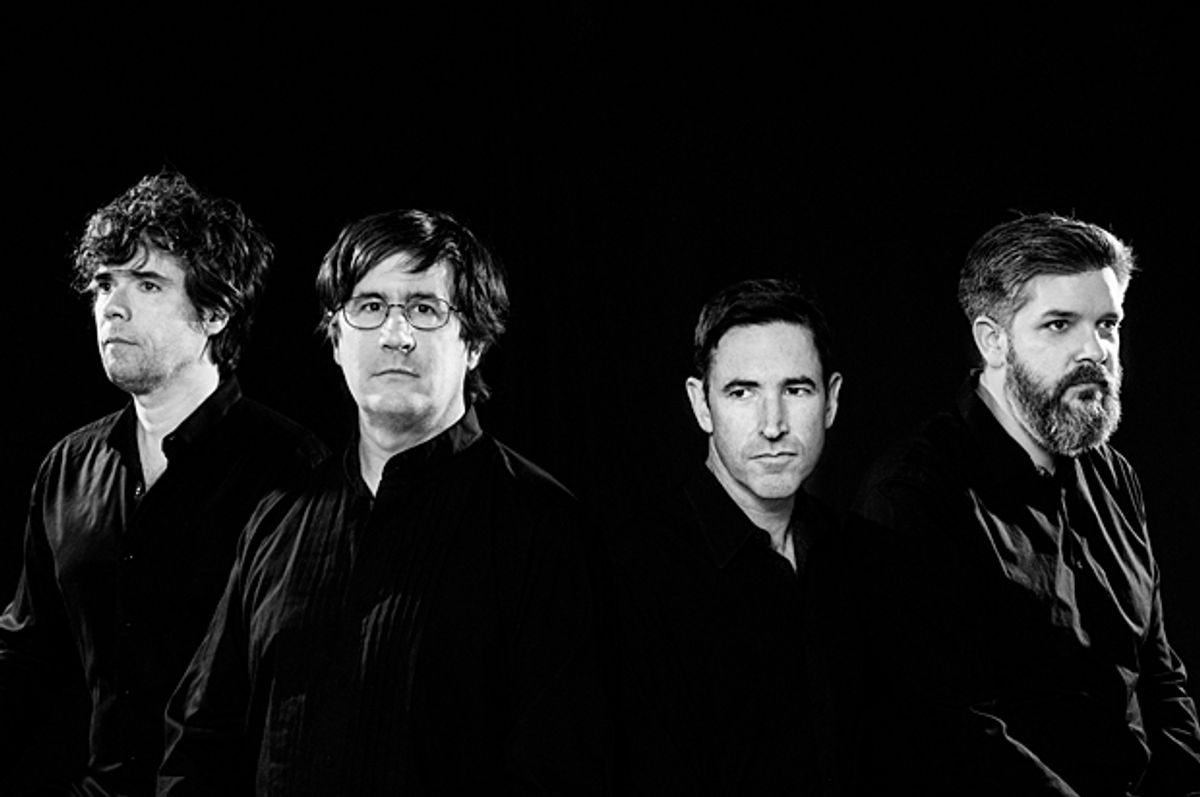 It’s tricky writing songs about other bands. They Might Be Giants wrote a goofy B-side about the Replacements that works because it’s so funny. The Dead Milkmen beat them — and pretty much everybody else — with their 1988 song “Bad Party” with their not so subtle trashing of Gene Loves Jezebel. (“I can’t stand Gene Loves Jezebel/ If there’s a God in heaven/ I’m sure that band will burn in hell/ I’m gonna shoot somebody/ if they don’t stop talking about ‘East Enders'”)

If that tickled your funny bone, the Mountain Goats, on their upcoming 2017 album "Goths," might stir a couple of guilty tears from you with their own Gene Loves Jezebel reference in album closer “Abandoned Flesh.” (“The world forgot about Gene Loves Jezebel/ When the singer went solo/ he left money on the table/ The two main guys are related/ They’re at war with each other/ Now there’s two Genes loving Jezebel”)

The album, "Goths," is hardly a nostalgic trip. Lead singer John Darnielle, ever the pessimist, takes a look at the ‘80s goth subculture, but rather then reliving his carefree childhood days of contrived misery and black makeup, he plays a sort of “where are they now?” with his idols of yesteryear and goth peers. For the most part, he speculates they’re in a dull and disappointing place.

On song “Andrew Eldritch is Moving Back to Leeds” he imagines the Sisters of Mercy frontman reluctantly moving back to Leeds where he’s greeted by old friends who’ve long given up on rock ‘n’ roll and any dreams they had for getting out of town. Everyone in fact has moved on, and are completely indifferent to whatever level of fame Eldritch may have scored decades earlier. (“They don’t throw him a parade/ He just comes in on the train/ One suitcase in his hand/ And an old army backpack”) Whether this is based in fact — I have no idea — is irrelevant. It’s feels plausible, and that’s the point.

Musically, the songs don’t sound goth. It’s an oddly mellow record, leaning heavily on outdated ‘80s keyboard sounds, and the occasional sprinkling of flutes and horns. It falls somewhere between a jazzy infomercial soundtrack, and the tripped-out score for a dream sequence for a low-budget ‘80s science fiction film. This was a wise choice for Darnielle. The record would have never worked if it sounded goth, as it is about all the goths that grew up and became adults doing boring adult things. You have to have some saxes if you want to convey boring adulthood.

When the album was first announced, the band made three statements about its sound. No comped vocals. No pitch correction. No guitars. Those first two seem like jokes. When has the Mountain Goats, famous for its tattered, unhinged anti-folk sound ever used pitch correction? But no guitars? That’s a change for the group. It takes some adjustment on the ears, but you find yourself warming up to it after a while. In the press release, Darnielle said working on the piano brought out his McCartneyisms in his songwriting. It also dulled some of his edge. That may or may not be a good thing.

The goth subculture that holds the album’s focus makes sense. Darnielle and company, morose as they are, seem like goth kids grown up. But just from a symbolic point of view, it’s hard to imagine a youth subculture more incompatible with adulthood than goths. It’s an album about the sad reality that for most of us, our childhood dreams are just fantasies. What better imagery to convey this than someone who is goth no more? (“However big that chorused bass may throb/ you and me, and all of us/ are going to have to find a job”)

This isn’t the darkest record Darnielle has ever written. He’s written about a couple that is perpetually on the verge of breaking up, a group of meth heads that are likely dead or in prison, and about his abusive stepfather. These are brilliant Mountain Goats albums, but oddly there’s something more universally sad about "Goths." Most of us probably weren’t goths, but we’ve all experienced the bitter disappointment of growing up and having to face the harsh reality that adult life isn’t what we imagined it would be.

It’s not clear just how much fame the characters in most of the songs had, only that it’s now gone, and they’re having a hard letting go. (“I don’t belong here/ Nobody wants to hear the twelve-bar blues/ from a guy in platform shoes”). It doesn’t even matter if the characters never made it. Everyone is subject to the same melancholy. You don’t matter, at least like you hoped you would. And that is at the heart of the album. The best you can hope for is to be Gene Loves Jezebel. Maybe nobody cares about them. But they did at one point — even if that means crazy punk bands make fun of you while you’re at your modest peak.

When you finish the record, it’s hard to feel good about life. Even as Darnielle attempts to shine some light on it with the closing line, it’s still just so sad: “The world will never know or understand, the suffocated splendor of the once and future goth band.”