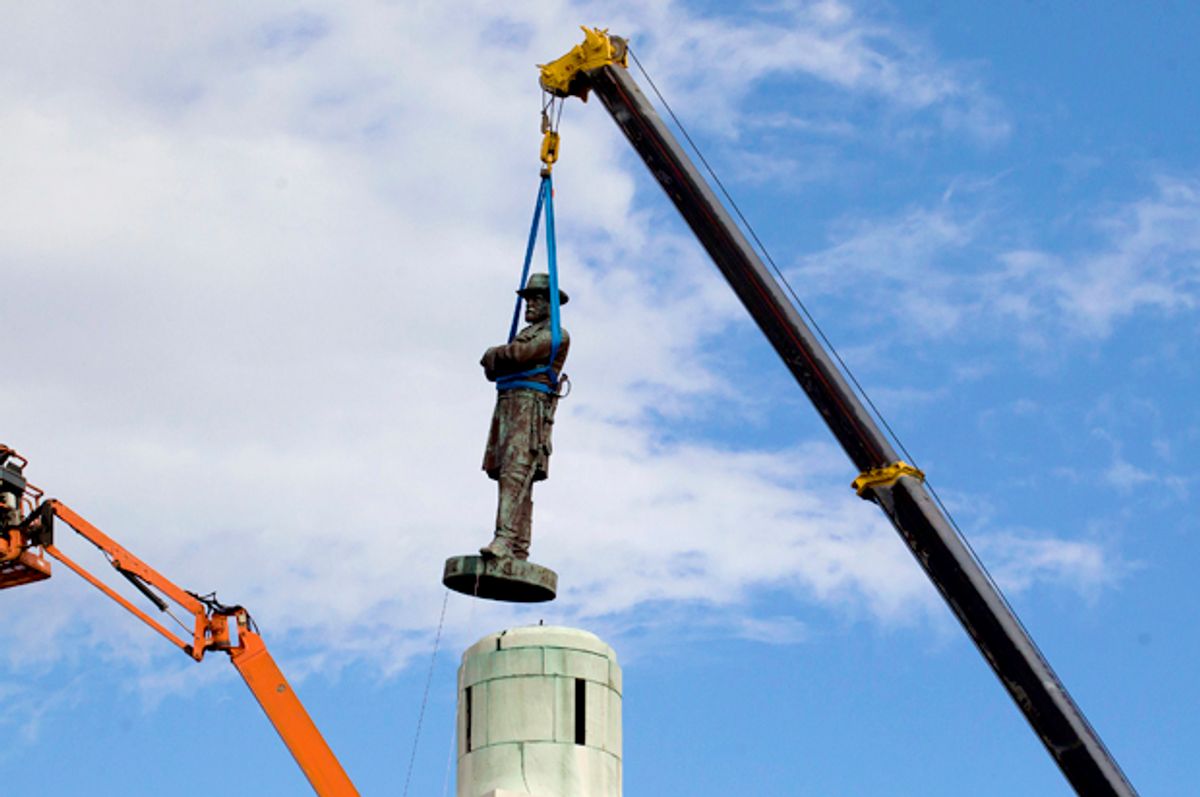 Republican Mississippi state Rep. Karl Oliver, who wrote in a post on his Facebook page that those who support the removal of Confederate monuments "should be lynched," has since apologized for his actions after widespread condemnation, according to Mississippi Today.

"The destruction of these monuments, erected in the loving memory of our family and fellow Southern Americans, is both heinous and horrific. If the, and I use this term extremely loosely, “leadership” of Louisiana wishes to, in a Nazi-ish fashion, burn books or destroy historical monuments of OUR HISTORY, they should be LYNCHED! Let it be known, I will do all in my power to prevent this from happening in our State," he wrote.

In an emailed statement to the publication Oliver said "I deeply regret that I chose this word." Oliver published the post on Saturday, and appears to have since removed the post. Included in the post was a picture of the statue of Confederate Gen. Robert E. Lee which is the last of the four statues that to be taken down last Friday, according to Mississippi Today.

Oliver's remarks were not even defended by his own colleagues, who even asked him to issue an apology. "Using the word ‘lynched’ is inappropriate and offensive," House Speaker Phillip Gunn said. Adding that his remarks "do not reflect the views of the Republican Party, the leadership of the House of Representatives or the House as a whole."

Gov. Phil Bryant said in an emailed statement that Oliver's language was "unacceptable" and "has no place in civil discourse."