"President Cuck": Twitter universe is quick to jump on the president's tone change on Islam

After the president said nice things about the Saudis, some of Trump's base believes he's a globalist sellout 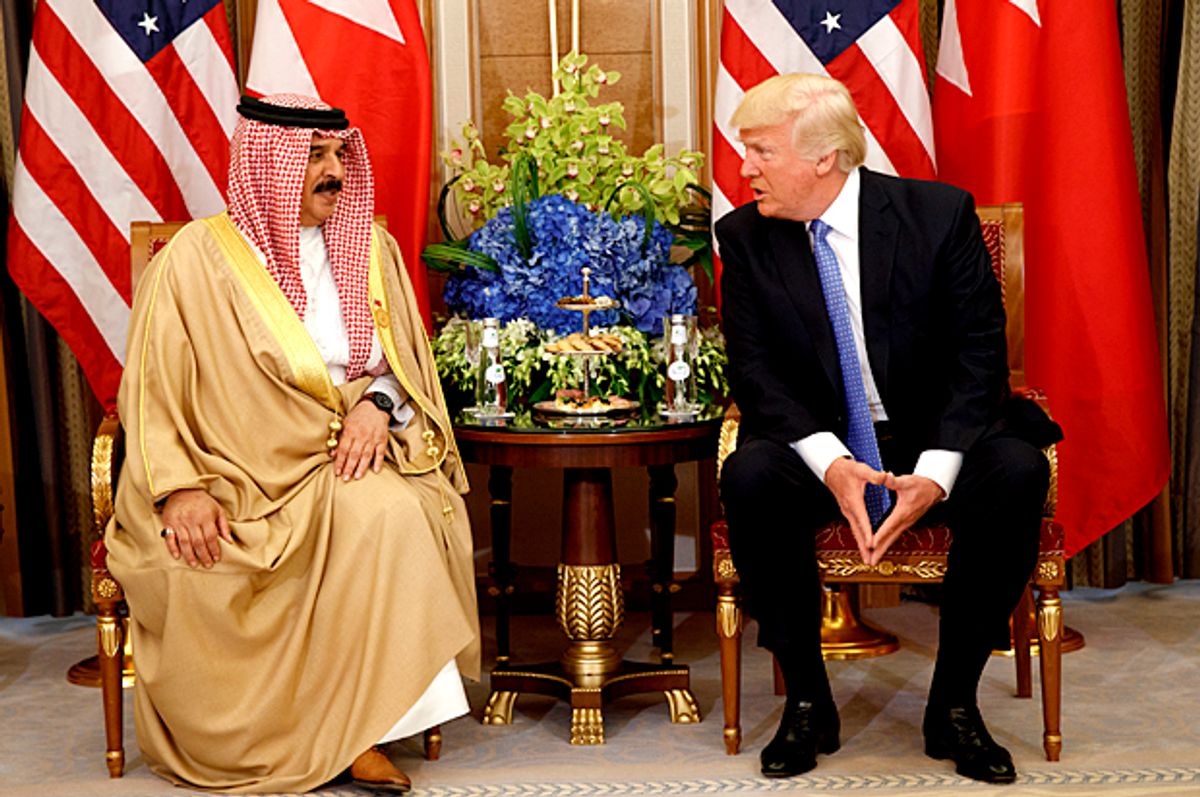 This story has been updated to refer to some Twitters users who have commented on President Donald Trump's Mideast trip without necessarily citing them as Trump supporters.

The big news over the weekend was President Trump's visit to Saudi Arabia, the first stop on his first international trip since taking office, and the speech he delivered while there. But the wide range of reactions included some of Trump's supporters who are growing frustrated with his soft tone on the religion of Islam and his cozying up to the Saudi leaders after a bombastic campaign of spewing hostile rhetoric toward both.

Roger Stone, a longtime friend of Trump and a former adviser for his campaign, said it made him "want to puke" in a tweet that included a picture of the president lowering his head to receive the Order of Abdulaziz medallion from Saudi King Salman. Stone appeared to blame Trump's senior adviser and son-in-law Jared Kushner for the president's behavior.

The Twitter universe took notice of the president refusing to utter the words "radical Islamic terrorism," language he had endlessly berated former President Barack Obama for tiptoeing around. Trump also called Islam "one of the world's great faiths," which undoubtedly caused some of his supporters' heads to explode.

Then there was the comment from satirist Vic Berger on Sunday morning.

Commerce Secretary Wilbur Ross appeared to have been wooed by the kingdom and said in an interview with CNBC that there's been "a big sea change" in Saudi Arabia. He noted that a woman was now the head of Tadawul, the Saudi Arabia stock exchange. Ross went on to say there's "no question they're liberalizing their society."

Ross also added that he was pleased that he did not see any protesters throughout the weekend and downplayed a certain connection that the Saudi government has to strong crackdowns on those who speak out against it. In 2015 the Kingdom of Saudi Arabia beheaded more people than ISIS.