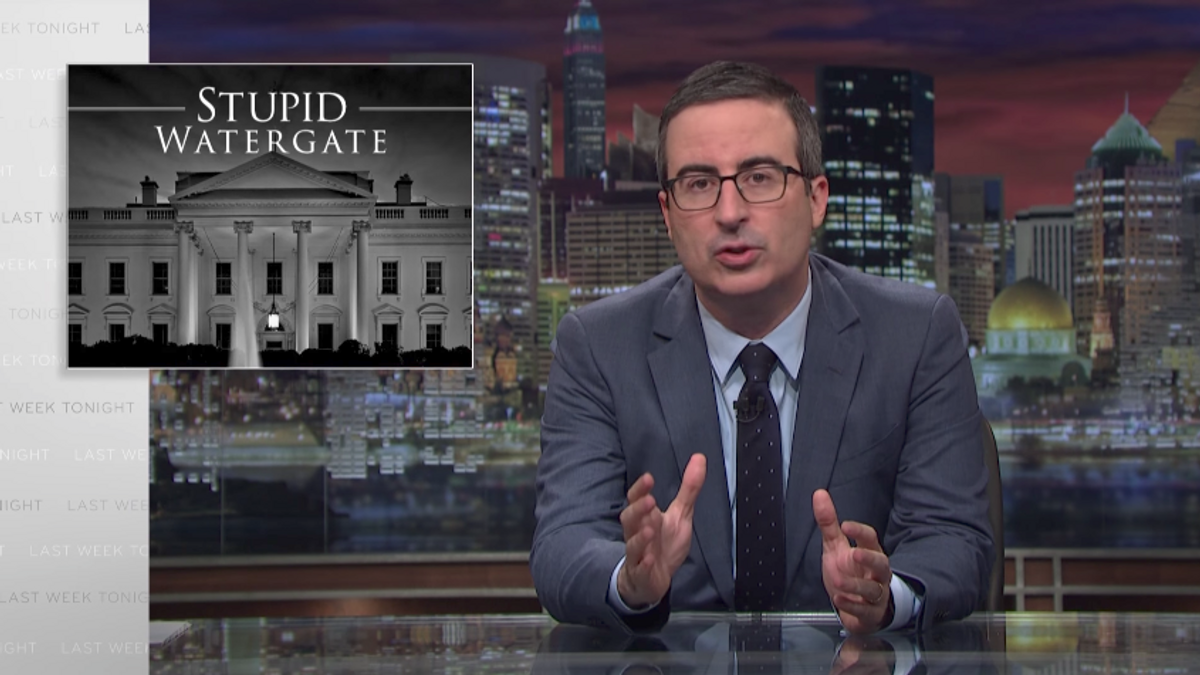 Sunday's episode of "Last Week Tonight" was a bit different than normal, as host John Oliver broke down the bombshell news from last week about President Trump, the Russia investigation and former FBI Director James Comey.

The late-night comedian is calling the scandal "Stupid Watergate" which has "all the potential ramifications of Watergate but where everyone involved is stupid and bad at everything," Oliver added that things have moved at an "exhausting pace" so he told the audience that he was going to attempt to answer a few simple questions: "What the fuck is going on? How big a deal is this? Where do we go from here? Is this real life?"

Oliver began by addressing the first question, and noted that the easy answer is "quite a lot." The late-night comedian delved into the first story that broke last week which reported that  Trump shared classified information with Russian officials during their Oval Office meeting. Oliver joked that this isn't even the type of information that someone should share with their closest friends, which in Trump's case means "the golf caddie he calls Steve, even though his name is Doug, a bucket of KFC chicken and the ghost of Roger Ailes."

Oliver went on to break down the stories that would dominate the news cycle for rest of the week, but he pointed out one station that didn't seem to think these stories were that important; Fox News. "It's not boring! It's literally a fucking Emmy-nominated TV show," he said, referencing "The Americans."

White House lawyers are now researching impeachment laws and Oliver discussed the scary line of men that would follow Trump in succession including Vice President Mike Pence, House Speaker Paul Ryan and President pro tempore of the Senate Orrin Hatch "a man whose every expression says, ‘I take fiber supplements and frankly they’re not working’." But Oliver noted that impeachment is a lengthy and difficult process, and suggested that Trump may eventually just quit his job, and cited an interview Trump gave at the 100-day mark when he mentioned that the job was harder than he thought and that his life prior to being president was much easier. Which led Oliver to say that he has finally found common ground with Trump "because I too, preferred my previous life, before he became president."