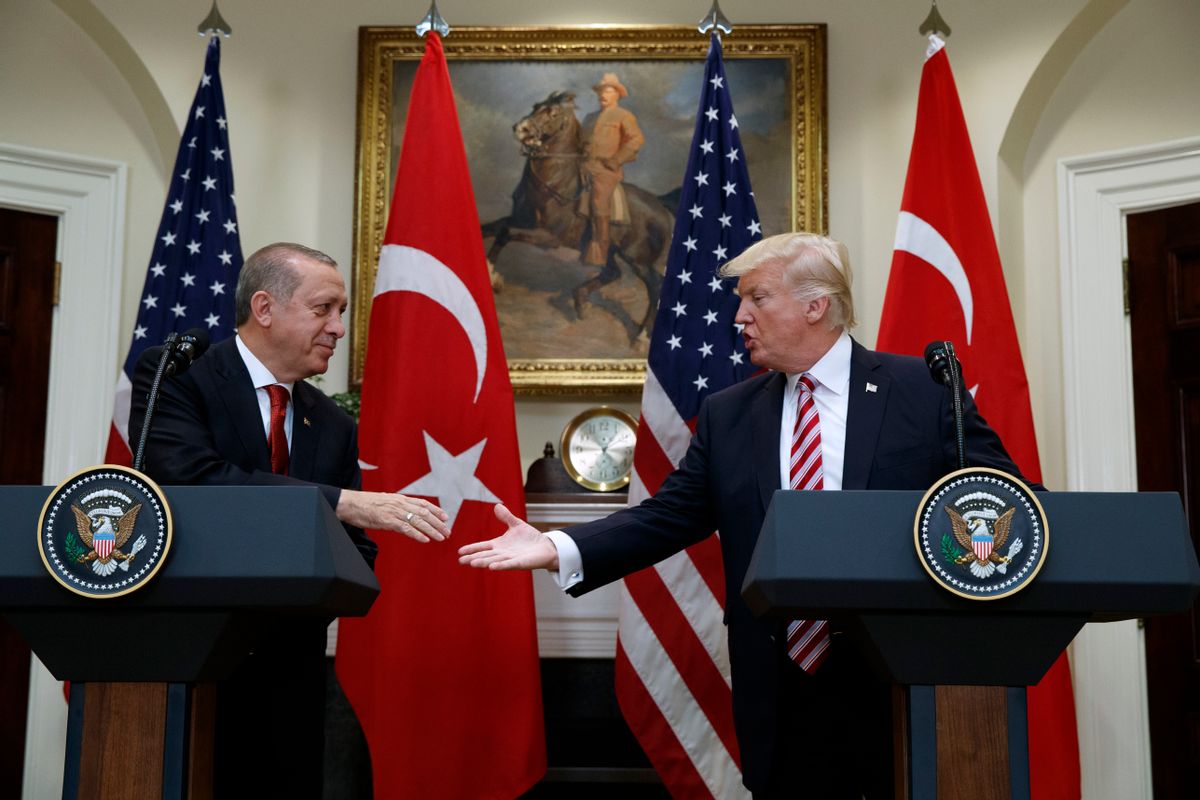 Ambassador John Bass, who represents the United States government in Turkey, was summoned by the Turkish Foreign Ministry so they could criticize how American police officers treated Turkish bodyguards who attacked protesters last week.

Bass was on the receiving end of both written and verbal complaints about what Turkey described as the "aggressive and unprofessional actions" of American law enforcement toward the bodyguards, according to a report by The New York Times. Bodyguards for President Recep Tayyip Erdogan and Foreign Minister Mevlut Cavusoglu are accused of attacking protesters after his meeting with President Donald Trump.

The State Department summoned Turkey's ambassador to the United States, Serdar Kilic, after this incident occurred, and as a result Turkey's actions toward Bass could be seen as reciprocal.

The Turkish foreign ministry said in a statement that "it has been formally requested that the U.S. authorities conduct a full investigation of this diplomatic incident and provide the necessary explanation."

The ministry also claimed that when it spoke with Bass "it was emphasized that the lapses of security experienced during our President’s stay in Washington, which were caused by the inability of U.S. authorities to take sufficient precautions at every stage of the official program, will not overshadow what in every other aspect was a very successful and important visit."

After the anti-Turkey protesters were met with violence, Republican Sen. John McCain of Arizona told MSNBC's "Morning Joe" that "we should throw their ambassador the hell out of the United States of America."

McCain added, "These are not just average people that did this beating. This is Erdoğan’s security detail. Somebody told them to go and beat up on these peaceful demonstrators, and I think it should have repercussions, including identifying these people and bringing charges against them."