What exactly is a moral person? 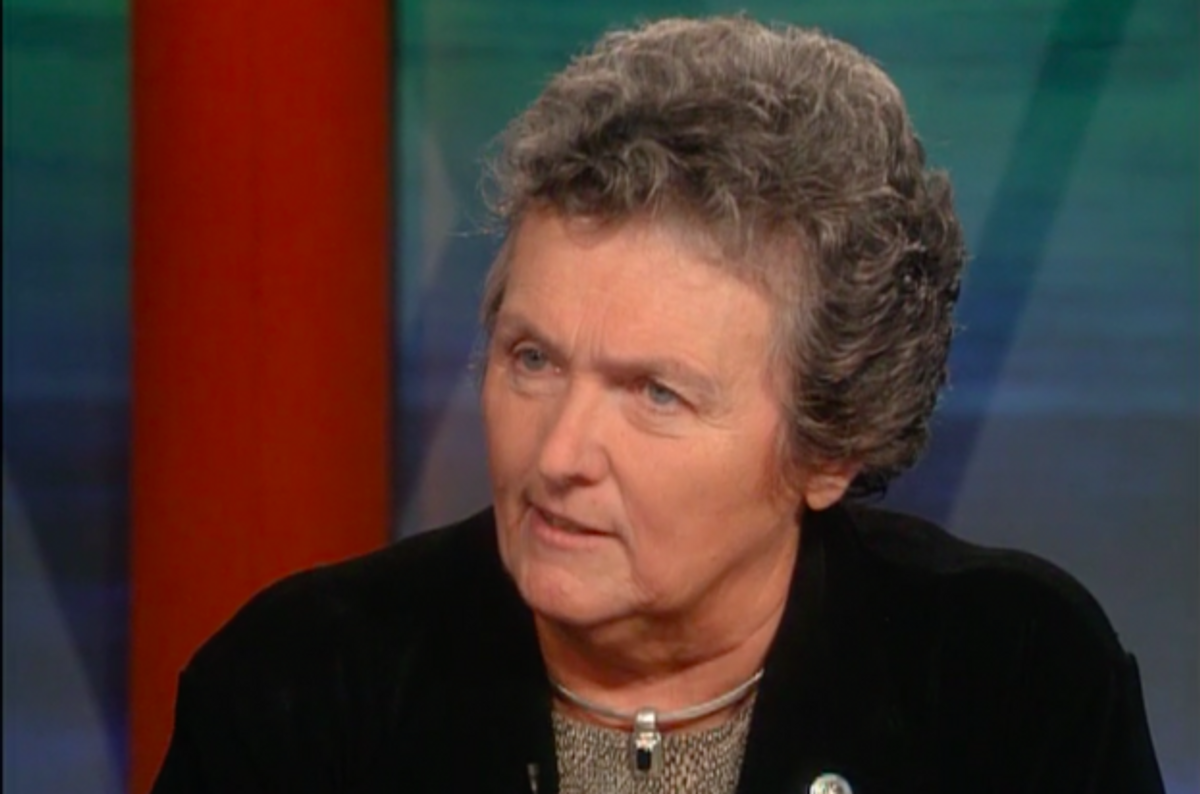 It’s so easy to be a one-issue voter. It’s also so superficial to be a one-issue anything. It’s a narrow, delimiting approach to the very essence of life. As in, I go to church every Sunday but I don’t believe in welfare. I’m not going to support slackers. If people worked as hard as I do, they could take care of themselves, too. Or even worse, “there’s no such thing as equal.”

And there may be some truth in that. But it is also true that all humans must be enabled to live as human beings — with dignity and decency — or the rest of us are no longer fully human beings ourselves, whether we realize it or not.

As we prepare to cut one-third of the social services of this country, as we intend to balance the US budget on the backs of women and children for the sake of the affluent and the privileged and ignore the effect budget cuts will make on the lives around us, we have no right to call ourselves pro-life.

The question of the ages remains loud and clear in our time: Exactly what is a moral person? Philosophers, theologians, jurists and psychologists everywhere have worked on the problem. And in every age, the answer to that question remains the same and at the same time forever changes. Or mutates, as it has now.

Now the question is broader than the personal, as it was in times past. Now the question is whether or not there is, as well, such a thing as a moral nation, a moral society, a moral government. In an age of international travel, computerized weaponry, genocide, international corporate wealth and the impact of pluralistic value systems, the implications of such questions themselves stretch us to the edges of our souls.

The troubling aspect of contemporary morality is its penchant for opposites and absolutes: There are some things, we seem to agree, that people simply must have to live a humanely human life but simply do not agree to provide for anyone but ourselves. We call it “rugged individualism” and so cleverly make isolation a virtue.

There is a scripture story on this very issue that has troubled me for years. On the way to the execution of Jesus, the state procession is interrupted by a group of crying women. “How could this happen to someone as good as Jesus?” they wail and sob and gnash their teeth. The whole debacle upsets them. The sight of the approaching persecution undoes them. The situation is nothing if not spiritually distressing. Their tears were sincere, their sorrow real. But the answer they got to their wailing from Jesus must surely have shocked them:

“Don’t cry for me,” Jesus says to them. “Cry for yourselves and your children.” Look beyond this single instance, in other words. Look beyond this particular death to the culture of death that promotes it. Point: If things keep going as they are now, Jesus teaches us, the effects of all these policies will affect all of us, not just the few into whose life they come with the ferocity of sand in a sandstorm.

The fact is that suffering built into the system for many will finally erode the lives of us all. Our pretty cities will become gated communities in flight from the detritus of injustice.

The fact is that the immorality of gross social injustice will eventually, surely, affect all our lives. It will eventually destroy life on every level everywhere. Life, you see, is not something that must simply be created; it is also something that must be sustained or it erodes and collapses and goes to seed. The responsibility for all life belongs to all of us who hold more resources than we need, who collect more resources than we should, who hug resources to our breast while the little ones go to their death in our midst. While all we do is stand by and cry about it.

Our morality, in fact, depends on what we do for the poor, the elderly, the children, the men who find themselves caught in an industrial-era job in a computer-era world, the women without health care to sustain them, without day care services to enable them to raise their children, without the equal pay, the decent pay — not the minimum pay — it takes to support a child, and without the government aid it takes to have a life, have the medical care they need and get an education that will get all of them out of the pit into which they have fallen while we all, citizens and government alike, uphold them as they climb.

It is to all of these people in transition that we must give the help they need to become active, thriving citizens of a moral world. A moral world is one whose societies realize that none of us can manage alone, without a lift up along the way, without the help of those who really believe that my life is as important as their own.

And what will happen if we don’t? Jesus is very clear: “Cry not for your favorite charity. Cry for yourself and your children,” because the way things are going in the Cabinet appointments designed to upend the progress made in ecology, social welfare, global alliances, global peace, renewable energy, new age job creation and compulsory education, the excrement of our injustice will rise to our own doorsteps soon.