Celebrities unite behind Ariana Grande and the Manchester victims 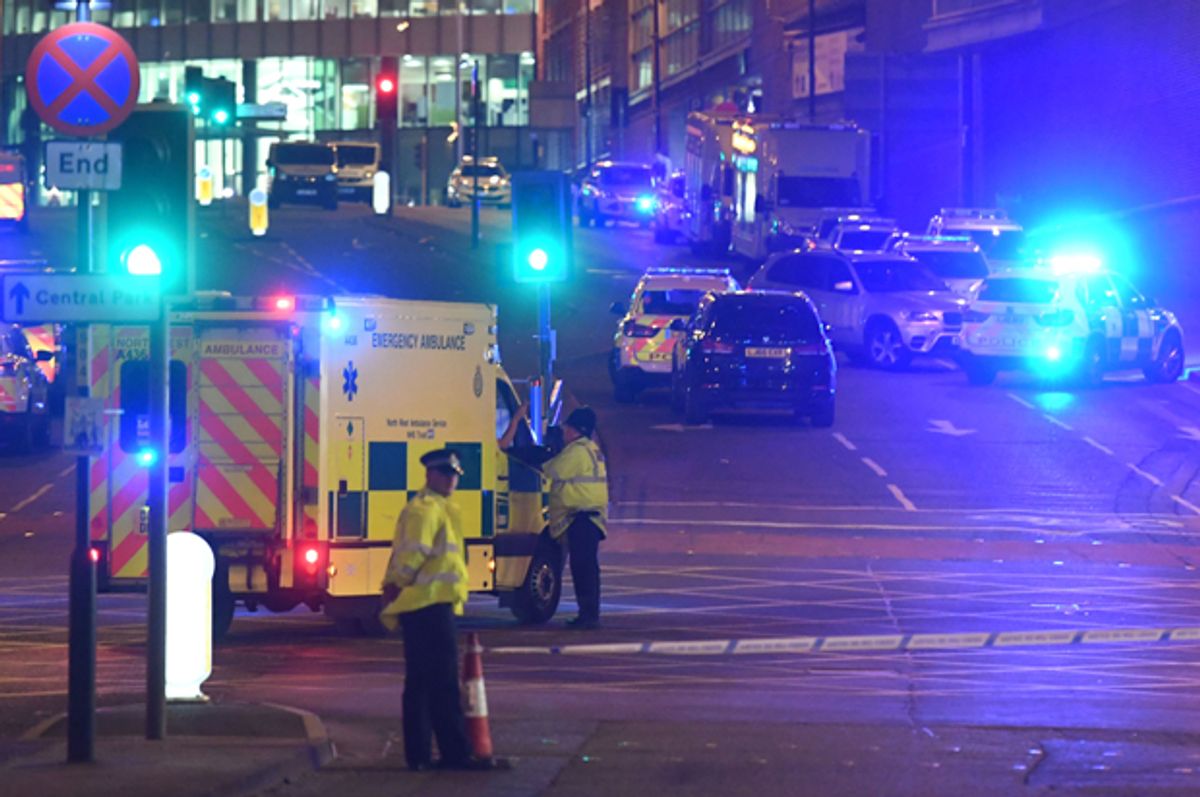 Emergency response vehicles arrive at the scene of an explosion during a concert by Ariana Grande in Manchester, May 23, 2017. (Getty/Paul Ellis)
--

The Internet can be a place of great ugliness. Today, it's showcasing the better sides of human nature as well.

In the wake of what authorities are calling a terrorist attack on her Manchester concert last night, singer Ariana Grande offered this heartbreaking response.

Many stars followed suit, with some reminding Grande that she did nothing wrong — the people who attended that concert were there to celebrate their love of her music and she delivered exactly what they wanted.

Even Grande's so-called nemesis, Victoria Justice, set aside their alleged differences for a classy statement.

Appropriately, the players on the soccer team Manchester United also expressed their solidarity with the victims of the Manchester attack.

Meanwhile ,the English actress Brooke Levi Vincent offered a harrowing account of her experience going to Manchester after the attack.

Queen Elizabeth II summed up the prevailing sentiment best, noting her, "my admiration for the way the people of Manchester have responded, with humanity and compassion, to this act of barbarity."

At this time, the attack has reportedly taken the lives of 22 concertgoers and injured at least another 50 more, many of them teens or adolescents. The youngest fatality reported was 8 years old.

British police have already taken two suspects into custody. Though ISIS has taken responsibility for the blast — reportedly two "nail bombs" — authorities have yet to confirm any connection between the perpetrators and the terrorist group.

Concerts across England, including an upcoming Take That show, have been cancelled in response and the nation remains on high alert. Grande's representatives have announced that the singer will be suspending the rest of her world tour.