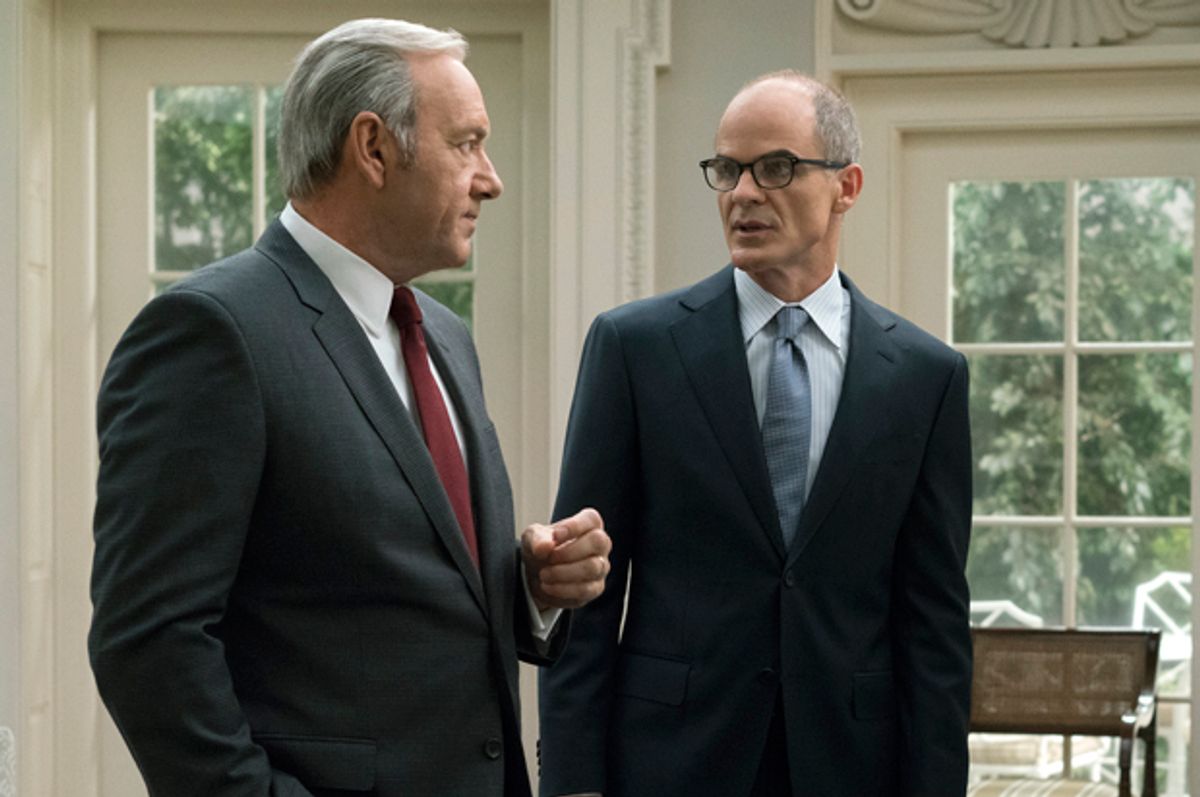 When it comes to marketing, it's tough to do it better than Netflix, who's promotion of its original series, "House of Cards," constantly blurs the line between fiction and real life.

As season five of the political drama draws near, Pete Souza, the former chief official White House photographer for Barack Obama and Ronald Reagan, has added another president to his portfolio — Frank Underwood.

In the images, the fictional commander-in-chief (Kevin Spacey) appears with his chief of staff Doug Stamper (Michael Kelly) and fawning as citizens at some of Washington D.C.'s more notable landmarks, the Washington Metro, the Martin Luther King Jr. monument and Ben's Chili Bowl included.

"It was a pleasure working with Kevin and Michael and photographing them around some of D.C.’s most recognizable locations," a statement from Souza says. "Whether photographing the real president or a fictitious presidential character, it’s an exciting experience."

This is not the first time Netflix has delved into all-too-real advertisements for the series. When Underwood was running for president on the show, the company debuted a faux campaign titled "FU2016." There was even a political ad that aired during a Republican Presidential debate on CNN in December 2015, according to Adweek.

"House of Cards" returns to Netflix for its fifth installment on Tuesday May 30. In the meantime, check out some of the candid photographs below.

Spending the day with President Underwood.

Don't trust the chief of staff smiling to the right of the President--I hear he is ruthless.