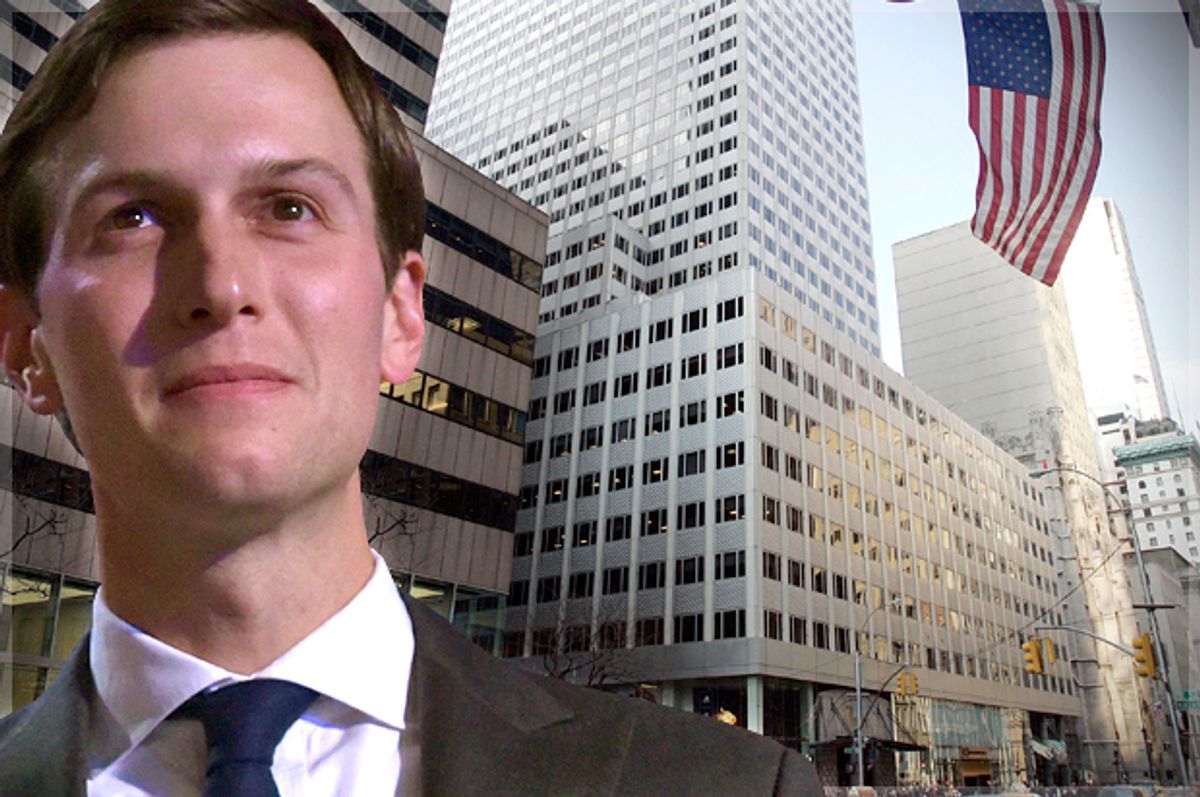 Everyone is fully aware of Jared Kushner's multitasking capabilities. This son-in-law of President Donald Trump wears many hats in the White House. He's a senior adviser, the director of the Office of American Innovation and is charged with fixing peace in the Middle East. He's also a slumlord, apparently.

Alec MacGillis, reporting for The New York Times Magazine and ProPublica, spoke with tenants of low-income housing in the Baltimore area that is managed by JK2 Westminster, the management arm of Kushner's real estate empire.

One harrowing story — involving Joan Beverly, a probation agent who was named in a lawsuit brought by JK2 Westminster for $3,810.16 — epitomizes the way Kushner's real estate empire has treated its tenants.

In 2010, Beverly's daughter had moved out of a unit she rented months before her lease was up. Two years later Kushner Companies bought the complex she had lived in, assuming the debt that was owed. Kushner Companies sued Beverly for several months of rent, plus $1,000 in repair costs and a $10 fine for failing to return a laundry room card, according to the story co-published by the Times and ProPublica.

Beverly was dealing with pancreatic cancer at the time, which caused extreme financial stress because she was not able to work. In the suit, Beverly submitted evidence showing financial hardship, but JK2 Westminster persisted with its case regardless. The Baltimore County District Court eventually found in favor of Kushner's company with a total judgment of $5,500 against Beverly.

She died two weeks later. The case is still pending in court, New York Time Magazine reported. While JK2 Westminster no longer exists as a corporate entity, the Kushner Companies is still the owner of that complex — and though he has stepped down as CEO, Jared Kushner is still connected to his family's real estate holdings and fortunes.

“Westminster Management only takes legal action against a tenant when absolutely necessary,” McLean told The New York Times Magazine. “If legal action is pursued, however, the company follows guidelines consistent with industry standards.”

Added McLean: “While taking a tenant to court is far from an ideal outcome, that option — and clear rules governing it — must exist as a last resort.”