No, the Russia scandal isn't fake news or conspiracy theory — it's a national crisis we don't fully understand

Sure, we should remain skeptical of wild speculation. But on Russia, there's plenty of fire to go with the smoke 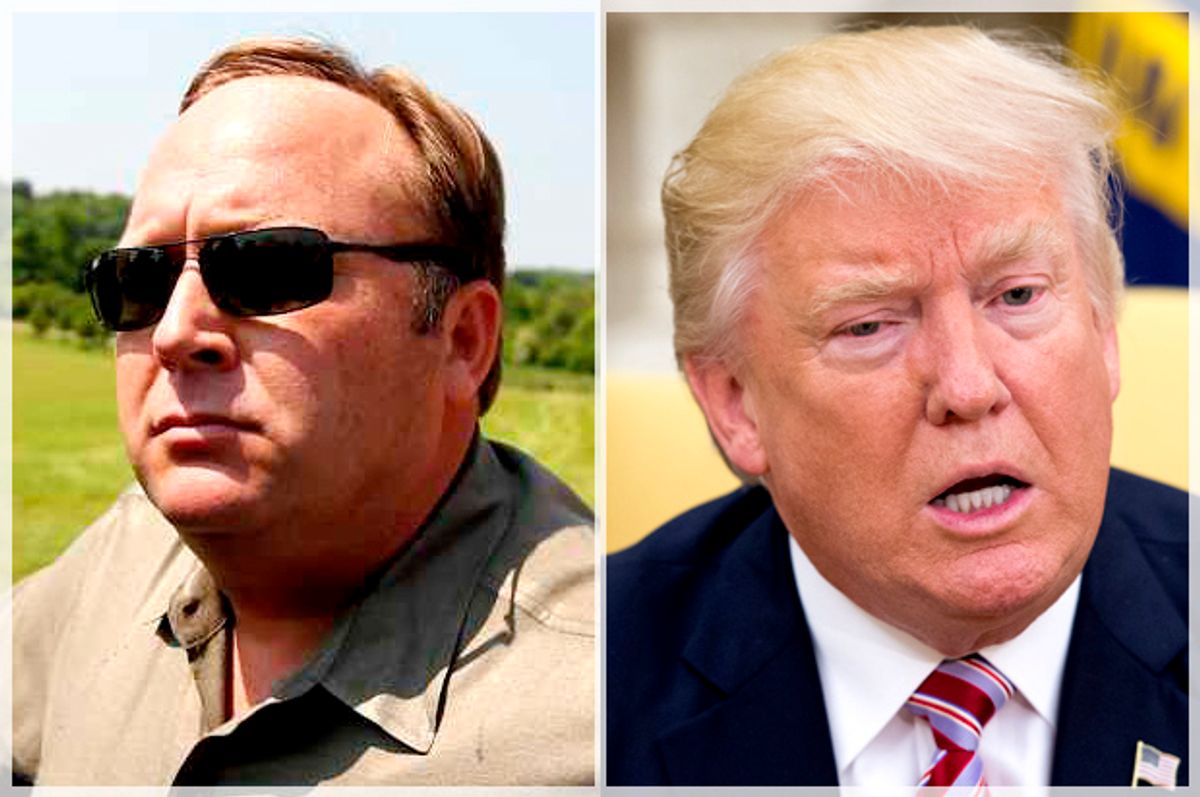 Let’s review: It’s perhaps the biggest political scandal in American history. A semi-hostile foreign government, controlled by a former KGB strongman and his inner-circle kleptocrats, weaponized the use of social media, disinformation and malicious hacking to interfere with our presidential election. And suspicion is mounting that the winning candidate, along with many of his closest advisers, may have criminally collaborated with this foreign government in that endeavor. Likewise, this winning candidate apparently has deep yet undisclosed financial ties, including possible money-laundering scams, with this foreign government and its various wealthy plutocrats.

This is just about as real as it gets. Seventeen American intelligence agencies and nearly every reputable domestic and overseas news outlet have independently verified the broad strokes of the Trump-Russia story, as well as the grittier details, by way of countless sources and what must be hundreds of articles, backed with accompanying documentation when available.

Knowing what we know, it’s difficult to accept a series of takes in which anyone who engages in Trump-Russia speculation is scolded for engaging in “conspiracy theories” and “fake news.”

One of the most recent examples of such scolding appears in an article for Vox by Zack Beauchamp in which he called out a team of independent investigators, specifically a former Conservative member of the British Parliament named Louise Mensch, along with former National Security Agency analyst John Schindler (also a conservative) and others. A previous article by Aaron Maté for The Intercept similarly chastised Rachel Maddow’s (award worthy) coverage of the story. Both Beauchamp and Maté have done considerable research, yet they nevertheless play games with what constitutes conspiracies and fake news, while failing to debunk any of the speculation or reporting they criticize.

Before we continue, I’d like to be perfectly clear about my personal position on what we’re hearing from Team Mensch. Simply put: I’m taking everything with a grain of salt — as should we all — until more sources and official accounts emerge. Until then it’s better to regard the Mensch reports as highly speculative, as hints and clues that will perhaps serve as potential springboards to future traditional journalism with better sources. In the case of a site called the Palmer Report, also mentioned by Beauchamp, it’s worth noting that Bill Palmer, its proprietor, formerly ran the pro-Hillary Clinton site Daily News Bin, which routinely published unsourced, shoddy posts about the election, making his current reporting automatically suspect. You probably shouldn’t bother with that one.

Nevertheless, this is a long way from the “fake news” that was unearthed during the election, with “fake news” being the obviously bogus articles that were literally fabricated out of thin air purely for social-media traffic. (See also PolitiFact’s list of examples.) Nor is Trump-Russia speculation similar to Alex Jones’ Infowars universe, jam-packed with theories that are almost supernaturally weird. You might have heard some of Jones' greatest paranoid hits: gayness-inducing juice boxes, "chemtrails," shape-shifting lizard people, weather weapons and, of course, the various "false flag" theories surrounding tragic events like the Sandy Hook school shooting, the Boston Marathon bombing and so forth.

Any rational human being will tell you there's a chasmic difference between suggesting that the Sandy Hook tragedy was a hoax involving crisis actors, and proposing what nearly every news outlet shy of Fox News is reporting — that Russia, quite likely in some conjunction with the Trump campaign, tried to manipulate the 2016 election using disinformation and malicious hacking. The latter has been all but adjudicated, while the former — the Jones material — is unproven, unsourced gibberish.

Most of what we hear from Louise Mensch has to do with process and legal maneuvering, along with speculation about the roster of Trump associates who might have connections to Russia that may or may not be dubious in nature. Oh yeah, some of the Team Mensch rumors have turned out to be accurate. Meanwhile, Schindler has been warning us about the relationship between Russian intelligence and WikiLeaks for at least four years. Beyond Team Mensch, Maddow’s nightly coverage has either been verified or will likely soon be so either by peer-duplicated reporting or the investigations themselves.

By the way, remember Maddow’s loony-sounding stories about Trump's connections to Dmitry Rybolovlev, the Russian “Fertilizer King?” Trump’s lawyers have verified that one. Some of those reports have not been traditional journalism, but they could well trigger additional reporting by traditional journalists, thereby revealing a side of a story we wouldn’t have known about otherwise. We should also be prepared to learn that some of Team Mensch’s reporting will fall apart. Hell, at some point, The Washington Post might get one or two stories wrong as well. Woodward and Bernstein had at least one major clinker in the mix, too. Stay tuned.

Of course we should take some of the wilder reports about Trump and Russia for what they are, namely rumors and speculation; almost nothing is significantly outside the realm of possibility given the unprecedented context of this scandal. Even if some of these ideas land outside the mainstream, the entire world has been dragged far beyond the mainstream into a worsening crisis by a clownish sexual predator and reality-show celebrity turned would-be autocrat who was graded on an extreme curve in the face of daily scandals and a bottomless rap sheet of apparent links to foreign cash and overseas despots. Why shouldn’t we entertain various theories about how and why he was elevated to the presidency? Bear in mind, too, that the most well-sourced Trump-Russia article published this week in The New York Times might seem particularly loony to someone in the world before Nov. 8, 2016. Our new normal is deeply weird.

When a foreign power tries to hijack our election and may well have succeeded, isn’t it incumbent upon us to question what this foreign power and its collaborators are up to? The scope of this treasonous act demands vigilance. Trump’s election and the very existence of the Trump-Russia story has raised alarming and all too plausible possibilities. Now it’s a matter of determining what might happen next and concurrently how much damage has been caused. Some of the thinly sourced news you're hearing on social media will no doubt prove to be wrong but some of will prove to be accurate. Dampening the online discussion about the scandal by inaccurately lumping in Trump-Russia speculation with deranged right-wing science fiction conspiracies and fake news only allows the perpetrators increased latitude to wiggle out of their criminal activities. Don’t let them.