Roger Moore wasn't a good Bond, but he was my Bond

Yes, Connery and Craig may have done it better, but Moore was the spy I loved 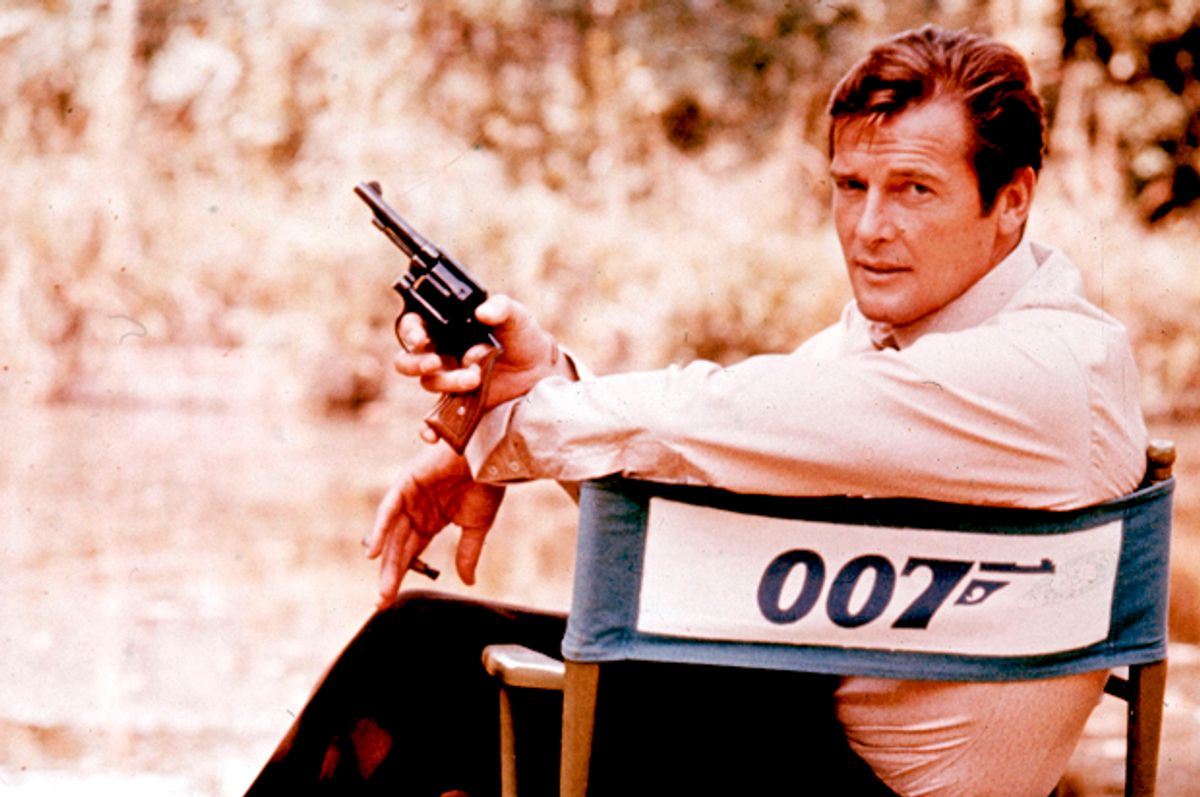 Not only did the man in the fancy getup on my TV have a sleek miniature plane that I instantly wanted, he flew it straight through an aircraft hanger and smirked as the heat-seeking missile chasing him blew it up with all his enemies inside. I was too young to understand who those enemies were or even fully comprehend the notion of death, but those were minor details.

In the next scene, the man parked his little plane at a gas station, asking the attendant to, “fill 'er up, please,” as if it were nothing. To me, it was kind of everything.

News broke today that Sir Roger Moore, who portrayed that man on my TV screen across seven films and 12 years, died at the age of 89 after, "a short but brave battle with cancer," as family members said in a statement. It didn’t come as much of a surprise to those who follow film news — certainly, many of the publications that ran obituaries this morning had them at the ready.

These tributes described Moore's James Bond as “comic,” “playful,” “winking” and employ similar maybe less generous terms that pointed at the actor's less-than-serious, less-than-intimidating take on the role. Underneath all these generally polite, loving tributes and reports, however, lies the now-uncomfortable, opinion that many of us have held for years: Moore just wasn’t a very “good” Bond.

Raffish, charming and, any way you cut it, entertaining, Moore stood atop an era that saw Bond evolve from the sharp, desirable killer Sean Connery helped create into an amiable, somewhat prettified comic character. The difference between his first, often grim Bond film, “Live and Let Die,” and his final, frankly bonkers outing, “A View to a Kill,” shows the transformation of Bond from a merciless clandestine operative to a genteel superhero in linen pants. He became a celebrity spy in a world profoundly sillier than that of Connery’s character (and Connery’s was pretty silly.)

There was good reason for it. Grim, murderous determination was never the mannered, polite Moore’s strong suit. While a certain amount of anger always boiled under Connery’s Bond (even while he was offering a warm smirk or a devilish raised eyebrow), Moore often came across as peevish whenever he tried to channel the same rage.

Though not to the manner born (his father was a police officer and he attended state-supported schools), Moore performed Bond, and his entire life for that matter, with a certain gentlemanly aristocracy. Light touches and restrained, ironic humor were his forte. Rather than force him into the mold Connery left behind, his producers allowed him to tack the Bond franchise toward his strengths.

The results were, in their time, positive. Working with three directors (Guy Hamilton, Lewis Gilbert and John Glen) over seven films, Moore offered the approachable, lovable Bond that audiences of the 1970s and '80s seemed to want. With the world swinging back and forth between harsh realities — Vietnam, financial crises, the enduring threat of nuclear war — it’s hard to condemn viewers for responding to an easy, breezy hero who had more high-tech toys than face-to-face kills, who seemed more a playboy tourist than a driven spy. This Bond, remember, had sex in space.

When we look back in hindsight, however, Moore’s Bond appears more cheesy than cutting, more campy than genuinely thrilling. Pages could be filled with Moore corniest antics, but perhaps this scene when Bond escapes pursuers in a hovercraft gondola, causing a bird to do a double take, is all we need.

Certainly this (often accidental) tendency toward self-parody deflates the legacy of the Moore years in the eyes of modern audiences. But it's more than that. As the films went on, the actor's inability to perform decent action sequences (or even a plausible fist fight) became obvious. Never an intimating or athletic figure, Moore soldiered on as Bond well into his late 50s, his diminishing physical prowess becoming more and more apparent.

Age also played a large part in Moore's dubious status as a sex symbol. Unquestionably a beautiful actor, Moore had the misfortune of starting the role at 45, an age when many men are considered past their sexual prime. This, coupled with the low, low ages of his romantic leads tended to point at either of two things: a lack of potency or predatory behavior. Sometimes, his affairs with women seemed laughable. Sometimes, they seemed awkwardly paternalistic. (Moore often recounted that he decided to retire from Bond roles when he discovered that the mother of his romantic partner in "A View to a Kill" was younger than he was.) Whatever the case, Moore's version of Bond was simply not the sexual dynamo that Connery's was.

After he left the role in 1986, Moore cast a shadow over the role almost as long as Connery’s. Each successive actor who stepped into the super spy’s shoes was hailed as a return to Bond’s roots, a necessary refresh of a character that had become a cartoon. It has taken three subsequent Bonds — the flinty Timothy Dalton, the professional Pierce Brosnan and the moody Daniel Craig — to make Bond dangerous and truly exciting again. Though there have been notable stumbles along the way, the Bond franchise is now healthier and more profitable than at any time in his cinematic history.

Just as he was for many of my fellow members of Generation X (and I would assume for many millennials as well), Moore was my first experience with the character. As I said, I first encountered the spy with the best toys in the opening moments of 1983’s “Octopussy” and then followed him through “View to a Kill” and his back catalog (1981’s “For Your Eyes Only” became a personal favorite).

This was all much to the consternation of my boomer parents, for whom Connery was the one and only.

What they and Moore’s latter-day detractors miss is this: All the weaknesses, all the faults in Moore’s Bond mentioned above are exactly what made his take on the character so approachable and digestible for people of my age and generation. Connery’s murderous cocksman was far too adult and far too moody for us.

The cheap, creaky thrills of “Moonraker” and “The Spy Who Loved Me” may disappoint the more discerning and advanced audiences of today who’ve grown up with 2002’s kinetic, technical “The Bourne Identity” or the mature sexuality that Daniel Craig displayed in 2006’s “Casino Royale.” But in our youth, I and many viewers like me needed the playful, relatively safe trickster that Moore offered. The death didn’t seem real. The sexual stakes — insofar as we understood them — were low. The dialogue was breezy and the toys were eye-catching. Through all this and more, Moore offered a loopy, only somewhat louche tour of the world of adult pleasures we had yet to imagine. For that, we needed a cartoon as our guide.

Though the producers behind the Bond franchise have honored Moore’s work at times, they’ve also spent over 30 years taking pains to separate themselves from it. Even when Brosnan para-surfed down the face of a tsunami, they cast themselves through repeated statements as providing a solid, action-packed grounding that would preserve the franchise’s future from the creeping obsolesce that Moore’s legacy seemed to entail. They should have been more thankful.

In Moore, producers had the perfect post-Connery placeholder, the perfect gateway Bond — a debonaire, fatal Mr. Rogers who would go on to collect hundreds of thousands of viewers too young to actually see his work in theaters and turn them into lifelong Bond fans. Perhaps even more so than Connery, Moore secured the super spy’s future and, for that, he’ll always be my Bond.