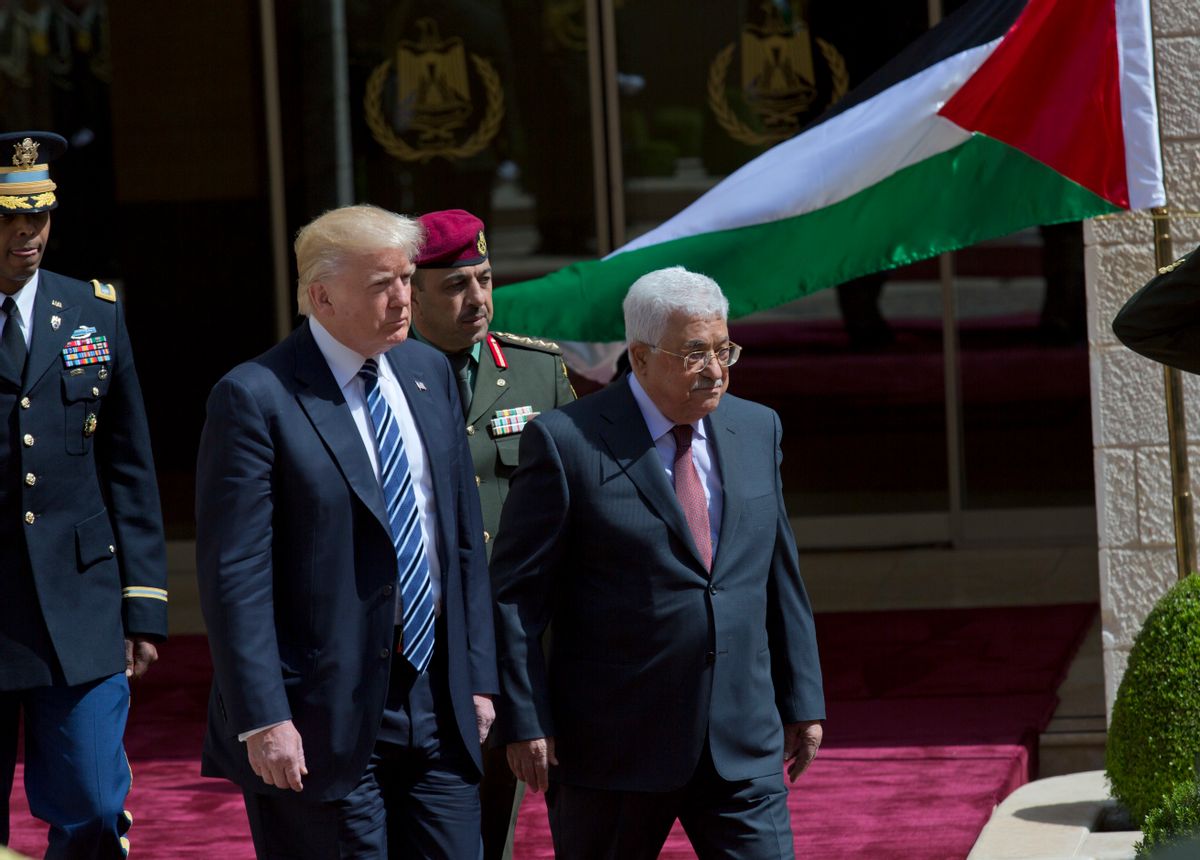 President Donald Trump's recent trip to Israel was marked not only by his oddly casual note in the Yad Vashem Holocaust Museum's guestbook, but by his willingness to promise peace in the Middle East without offering any specifics.

While speaking in Bethlehem on Tuesday, Trump said he is "committed to trying to achieve a peace agreement between the Israelis and the Palestinians, and I intend to do everything I can to help them achieve that goal," according to the BBC.

Trump added that Palestinian Authority President Mahmoud Abbas had told him that he was "ready to work towards that goal in good faith" and that he had received a similar reassurance by Israeli Prime Minister Benjamin Netanyahu.

This echoed Trump's comments late on Monday, when during a joint appearance with Netanyahu he said that "during my travels I have seen many hopeful signs that lead me to believe that we can truly achieve a more hopeful future for people of this religion and for people of all faiths and all beliefs and frankly all over the world," according to a story by CNN.

While Trump did not offer specifics, Abbas brought Trump's attention to one of the main sticking points held by the Palestinian Authority.

"We reassert to you our positions of a two-state solution along the borders of 1967, a state of Palestine with its capital in East Jerusalem, living alongside of Israel," Abbas said in his statement, according to a story by the Washington Post.