WATCH: 7 of the most inspiring graduation speeches of 2017 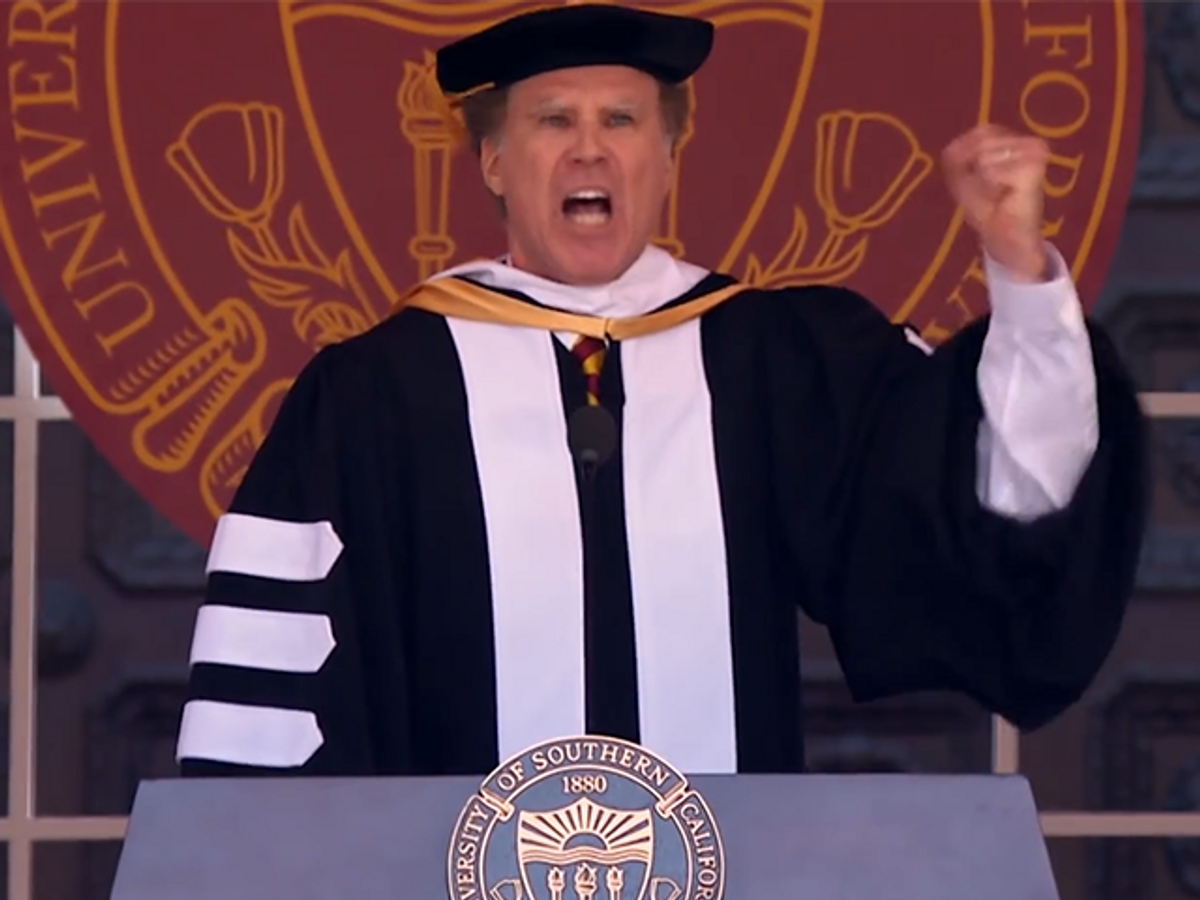 Celebrities and political leaders this month have delivered thought-provoking as well as hilarious and maybe even life-altering speeches at commencement ceremonies at colleges and universities across the country.

While the purpose of a graduation speech is to give seniors words of wisdom as they embark on life off campus, many of the tips in this year’s commencement addresses made Salon feel, well, uplifted. Here are seven of our top picks — to watch or skim through the highlights below:

At Skidmore College in Saratoga Springs, New York, Oprah Winfrey advised graduates to tap into their deepest selves. “You’ve got to have clarity about who you really are,” Oprah said at the May 20 commencement ceremony. “There is no life without a spiritual life.”

Oprah continued, “To be clear, I’m not talking about your religion. I’m talking about whatever it is that nurtures the essence of you in such a way that you can do what you came here to do.”

Progressive Sen. Bernie Sanders delivered a call to action for those of college age and young people in general (after all, they were quick to rally behind his presidential bid) while speaking to liberal arts graduates at Johnson State College in his home state of Vermont.

“I beg of your generation, do not turn your backs on the struggles that are going on in this country today or around the world,” Sanders said in May 13 speech. “If there was ever a time in history for a generation to be bold and to think big, to stand up and to fight back, now is that time.”

3. Pharrell: Be humble but not too humble

“Engage and inspire — whether on an individual level or loudly within your communities," he said. "Talk about your accomplishments. Be humble but not too humble. Don't be invisible,” he said in his remarks on May 17. Pharrell continued, “The days of being an anonymous activist or participant are over. How can we inspire if we are only behind the scenes?”

Winner of the 2011 Academy Award for best supporting actress for her performance in “The Help,” Octavia Spencer encouraged graduates at Kent State University in Ohio to embrace life’s unpredictability.

Spencer drew on her personal experiences as a working actress during the May 15 address. “If I had to read ‘25 Actresses Who Broke Through Before 25’ when I was first starting out, I tell you guys, I would have stayed in bed. Because I guarantee you that none of them looked like me — none of them,” she said at Kent State’s first ever university-wide commencement ceremony.

She added, “So know this. As much as you’ve changed during your time here, more change is coming.”

5. Helen Mirren: Give fear a kick in the ass

Dame Helen Mirren spoke of  the challenges graduates might face in the working world in her May 20 address for Tulane University in New Orleans. She named some possible fears, including “Am I good enough?” “Am I smart enough?” “Will I fail?”

“Throw caution to the winds, look fear straightaway in its ugly face and barge forward,” the British actress told the crowd gathered at the Mercedes-Benz Superdome in New Orleans. “And when you get past it, turn around and give it a good swift kick in the ass.”

6. Will Ferrell: Hey, I still lose out sometimes

Leave it to comedian Will Ferrell to infuse humor in his commencement address at his alma mater, the University of Southern California. In his May 12 speech, Ferrell talked about his acting career and experiencing failure when studios weren’t at first willing to take a chance on scripts like “Anchorman,” “Old School” and “Elf.”

“Even now I still lose out on parts that I want so desperately,” Ferrell said. “My most painful example was losing the role of Queen Elizabeth in the film 'The Queen.' Apparently it came down to two actors, myself and Helen Mirren. The rest is history. Dame Helen Mirren, you stole my Oscar!” He closed by singing Whitney Houston's “I Will Always Love You.”

New Jersey Sen. Cory Booker delivered perhaps the season's most energizing graduation speech on May 15. His words prompted both students and professors to rise to their feet as he gave these final words of his commencement address to a roaring crowd at the University of Pennsylvania:

“You’re going to have tough days," Booker said. "You’re going to fall. You’re going to fail, but I see you and I love you,” he added. “May your vision and your love not just change the world but make a world of change for everyone that you can. God bless you.”

If Booker is eyeing a possible 2020 presidential, this speech was clearly a successful warm-up.

Be sure to watch the Salon video to hear some of our favorite moments from this spring's college send-offs, which may strike just the right chord even in those who haven't visited a classroom for decades.