Donald Trump's staff is managing him like he's a wayward teenager 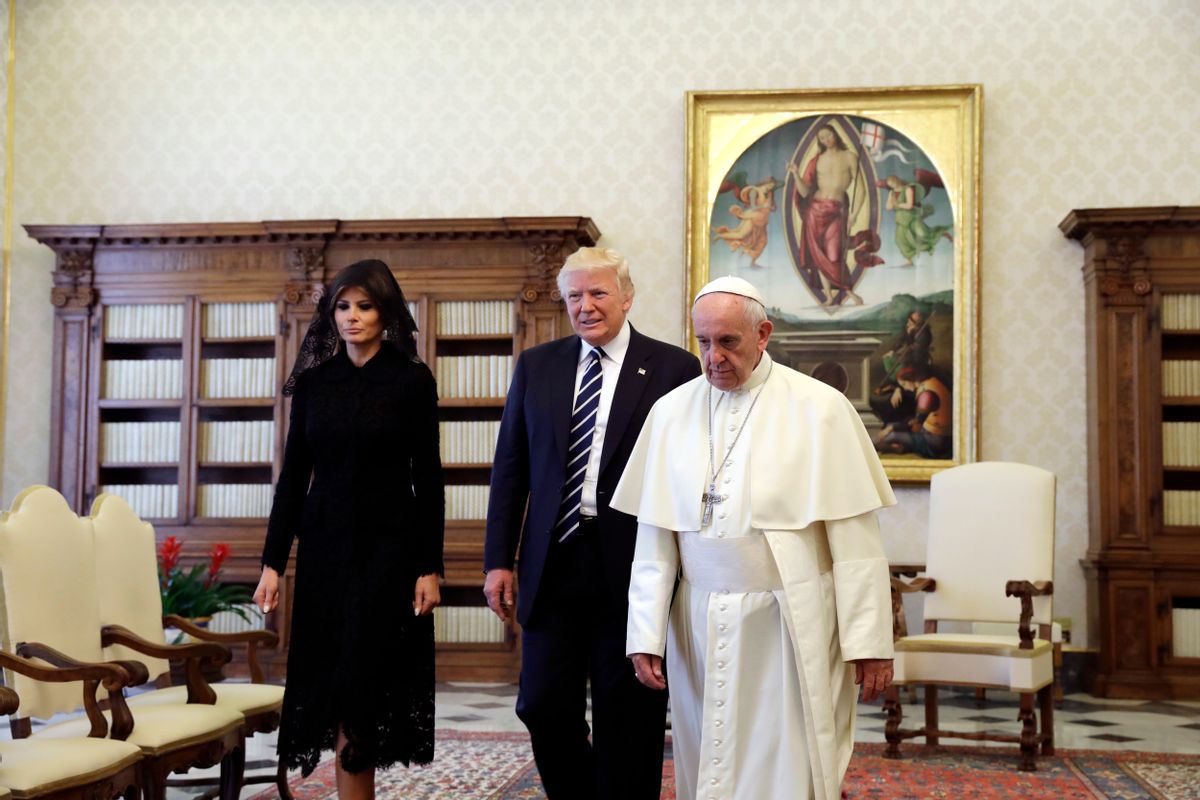 President Donald Trump's trip overseas may have been marked so far by his overly optimistic forecasts about forging peace in the Middle East, a half-hearted message at the Israeli Holocaust memorial and the possible reveal of Israel as the source of sensitive intelligence he leaked to the Russians. But other than that, it's been OK so far.

As it turns out, it's because influential members of his staff handled him in the same way you do a misbehaving teenager. They kept him busy.

As Politico reported on Tuesday, "A decision was made early on to visit a part of the world where Trump is venerated and feared, and to pack his schedule so that he mostly stayed on message and, according to one aide, 'didn’t have time to tweet.'" Politico reported that the trip was packed with activities by Trump advisers Jared Kushner (his son-in-law), H. R. McMaster (his national security adviser) and Dina Powell (the deputy national security adviser for strategy). Powell's influence has been particularly significant because she speaks fluent Arabic and has contacts from her years serving in the administration of President George W. Bush.

There are still a few days left in the trip, of course. And the president will be meeting with leaders who aren't his biggest fans. But so far, he's been on his best behavior. And that's causing people to start using the p-word again. "The visuals have been good, by and large, and he looks presidential," former President Barack Obama adviser, Democratic strategist Anita Dunn told Politico.