U.S. officials leaked the name of the Manchester bomber hours before UK authorities released it 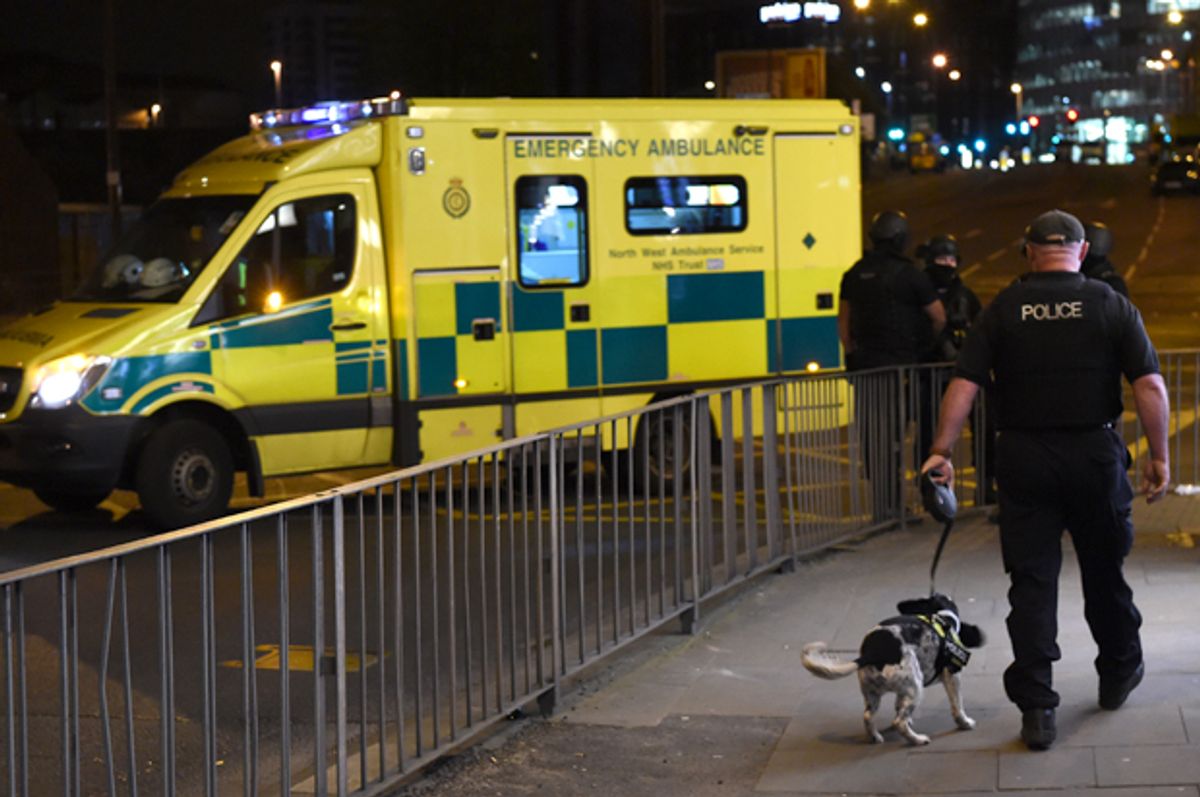 On Tuesday U.S. officials, under the guise of anonymity, leaked the name of the suicide bomber responsible for the attack at an Ariana Grande concert in Manchester that occurred on Monday night, before the British police had officially named him causing greater skepticism for allies sharing intelligence with the U.S., according to the Guardian.

Journalists in the U.K. had the bomber's name, Salman Abedi, but the U.K. government and the Greater Manchester police did not confirm it until over two hours after it had first appeared in the U.S. media. Since it was an ongoing investigation, the U.K. government had indicated it may not release the name at all on Tuesday, the Guardian reported.

On Monday night, a correspondent for America’s ABC network tweeted: “Leading theory is Manchester was a suicide bomber, US senior law enforcement official briefed on the investigation tells @ABC.”

On Tuesday, CBS and NBC were quick to name the suspect believed to have blown himself up following an Ariana Grande concert at Manchester Arena as 22-year-old Salman Abedi. The Reuters news agency, an international organisation with headquarters in London, also published the name, citing “three US officials”, before British police made it public.

Leaking has been a recurring theme under President Trump's administration. Last week it was reported that Trump had revealed highly classified information that the U.S. had allegedly received from Israel to Russian officials during their Oval Office meeting. Critics say a continuation of this may cause damage to alliances and make countries more apprehensive to sharing intelligence with the U.S.

"Suddenly you’ve got 10,000 reporters descending on the bomber’s house when maybe the police wanted to approach it more subtly," Thomas Sanderson, director of the transnational threats project at the Center for Strategic and International Studies thinktank in Washington, told the Guardian.

Sanderson criticized the leaks and questioned the judgment as well as the lack of discipline. "This is a leaky administration. What does that mean for sharing information we need to going forward? The UK and Israel are probably our two biggest sources of intelligence. Now they’re thinking, ‘Is this going to cause us damage every time we share?’ Then you have to calculate every piece of information."

Others have expressed that they don't believe it will cause long-term damage, but note that it's not something to make a habit of. Perry Cammack, a fellow at the Carnegie Endowment for International Peace, told the Guardian that it seemed like a "miscommunication," and wouldn't cause lasting harm.

It's too early to tell if this behavior would impact the U.K.'s decision to share information with the U.S. in the future but Cammack said that he hopes "we're not at that point yet." He added: "There are broad relationships that are personal in many cases but I’m sure people are paying attention. It is happening in the context of quite a turbulent time in Washington and, if it goes on indefinitely, there is some scope for partners to reevaluate the integrity of information."