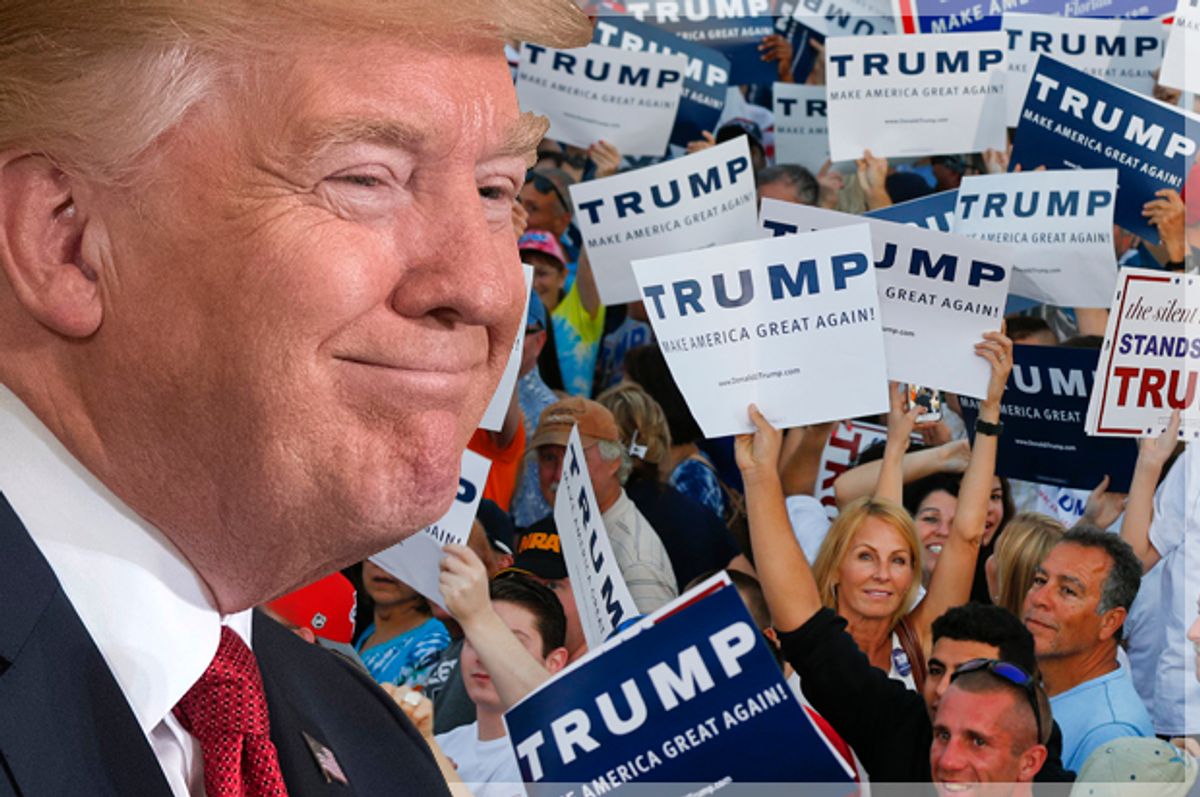 As far as Republican senators go, Lindsey Graham is one of the less dishonorable members of the caucus. I write “less dishonorable” rather than “more honorable” for a reason. While Graham has taken a bolder stance than most on President Donald Trump’s incompetence, as well as his criminal shenanigans with Russia, showing that Graham’s willing to put nation before party, he still ends up slipping into lockstep with the worst of the worst when it comes to other issues.

Take health care, for example. Just after the Congressional Budget Office posted its report on the American Health Care Act, also known as Trumpcare, the senator from South Carolina tweeted this: “Obamacare is a disaster and every day brings fresh evidence that it is collapsing before our very eyes.”

We can report with “great surety,” as Trump says, that most of Graham’s loyal voters won’t bother to peruse the budget office's report. But if they do, they’ll learn that if Trumpcare becomes law in its current form, 23 million Americans will lose their insurance coverage. To be abundantly clear: That’s 23 million more Americans without coverage than if the Affordable Care Act were to continue without changes or improvements. In other words, Trumpcare is worse than the ACA, which Graham said was “collapsing” and a “disaster.”

If the ACA is a disaster, according to Graham, then what the hell is Trumpcare? The apocalypse? Come to think of it, maybe. Indeed, for millions and millions of Americans, Trumpcare might actually end up being just that. More specifically, Graham’s Republican constituents who purchase their insurance as individuals rather than through an employer, a whole lot of whom voted for Trump last year, will be at severe risk for bankruptcy and premature death because of this toxic legislation that Trump and the GOP so cynically celebrated in the Rose Garden 20 days ago.

Making matters worse, the Congressional Budget Office also reported that insurance coverage for one-sixth of all Americans would “become unstable by 2020.” Again, going back to Graham’s tweet, Trumpcare, not the ACA (or Obamacare), is the law that will destabilize health insurance for one-sixth of Americans. Based on current population figures, that’ll be nearly 54 million Americans affected by Trumpcare’s looming destabilization.

Of course, I don’t mean to pick on Graham exclusively. House Speaker Paul Ryan, whose name ought to be inextricably linked to this version of Trumpcare, tweeted out his own whopper lie after the budget office's report dropped on Wednesday. Ryan wrote, “VERIFIED: MacArthur Amendment strengthens AHCA, protects people with pre-existing conditions.”

Nice try, Mr. Speaker, but the all-caps “verified” text fails to whitewash the lies that followed. The MacArthur amendment, which allows states (most likely red states) to opt out of covering pre-existing conditions and essential health benefits, would make Trumpcare slightly less objectionable, with 1 million fewer people losing coverage. But still, 23 million more people will end up without health insurance under the new version, with the MacArthur amendment in place, than if the ACA were to continue untouched.

As for the part about Trumpcare protecting “people with pre-existing conditions,” it’s another supercolossal lie from Ryan. According to the Congressional Budget Office report, none of which “verified” what Ryan thinks it verified, “people who are less healthy (including those with preexisting or newly acquired medical conditions) would ultimately be unable to purchase comprehensive nongroup health insurance at premiums comparable to those under current law, if they could purchase it at all.” In other words, Ryan has a weird interpretation of the word “protects.”

Under Trumpcare, Americans would see their health insurance premiums rise 20 percent by 2018 alone, and another 5 percent the following year. Again, that’s 20 percent more than what we could expect with the ACA alone. In states receiving waivers, many Americans would be faced with “substantial increases in out-of-pocket spending on health care.” As if that wasn’t bad enough, residents of states waiving the essential health benefits could see their coverage capped and blocked by lifetime and annual coverage limits. In other words, once you use up your insurance for the year, that’s it. You’re screwed. Thanks, Trump. Speaking of Trump, let’s not forget his promise: “Premiums will be coming down . . .  deductibles will be coming down.” Turns out that was a “pants on fire” lie.

The irony is that Americans in Republican-controlled states would be more out of luck  than others, of course, knowing that GOP governors and red-state legislators would scramble to be the first to apply for waivers. After all, they would be waiving protections established under what they and their knee-jerk voters perceive to be evil Obamacare. Most shockingly, the budget office reported that lower-income elderly Americans, many of whom faithfully support Trump and the GOP, would see premiums rise as much as 800 percent, according to an analysis of the budget office report by Vox.com’s Sarah Kliff.

All in all, Republicans in red-state capitals would end up only screwing their own Republican constituents out of their coverage. This is what happens when low-information voters, who evidently care more about trolling liberals than making rational choices, decide to elevate a cartoon supervillain and his lying henchmen to the highest offices in the land. And they’ll never take responsibility for it, even when they’re filing for medical bankruptcies triggered by Trumpcare. But they can’t say they weren’t warned.