How did a "Bachelorette" breakthrough — the show's first black contestant — turn into a terrible internet moment? 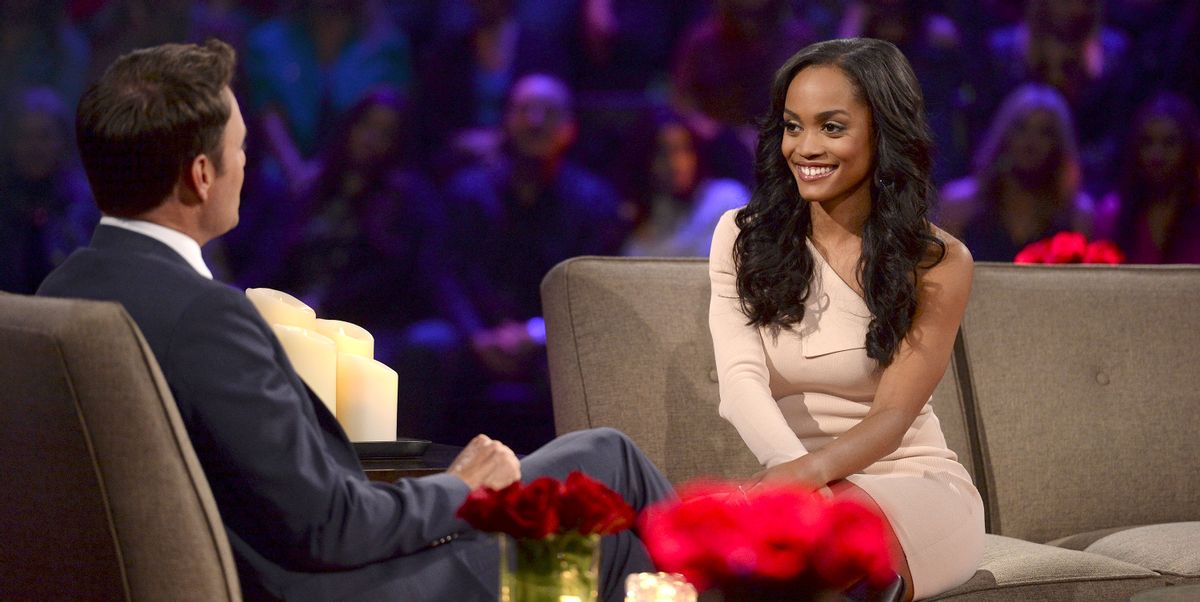 More than 50 years after Loving v. Virginia, the Supreme Court case that legalized interracial marriage nationwide, it would seem that the subject of people of different races dating, marrying or having sex would not provoke controversy. But the furious reaction to a story that Newsweek published this week about the popular dating show "The Bachelorette" has certainly proved otherwise.

In a short piece filed Tuesday, Newsweek staff reporter Janice Williams used the start of the ABC program's 13th season to remark on how the long-running show's casting of a black woman in the title role was a milestone for African-American women.

Williams also argued that the casting of Rachel Lindsay was noteworthy because the "Bachelorette" star is among a relatively small group of black women who are dating outside their own race. Citing data from a 2015 study by the Pew Research Center, Williams noted that black women are significantly less likely to marry a person of another race than are black men. In the Pew survey, 24 percent of black male newlyweds were married to someone of another race, as compared with 12 percent of black women.

The subject of interracial dating has been a continuous topic within magazines and websites that cater to black women, especially in recent years. There was even a 2006 romantic comedy called "Something New" that featured an interracial relationship between characters played by African-American actress Sanaa Lathan and Australian actor Simon Baker, who is white.

While "Something New" was generally well received, Williams' look at interracial dating was immediately attacked — on both legitimate grounds and unbelievably petty grounds.

Many Twitter users appeared to be offended at the article's headline, "Unlike new 'Bachelorette' Rachel Lindsay, single black women rarely date outside their race."

The magazine's tweet about the article was even more inflammatory: "New ‘Bachelorette' Rachel Lindsay is proving black women actually do like men outside their race."

Perhaps the most salient critique was that the Newsweek writer had failed to mention research about online dating that indicates that black women are less likely to receive responses when they attempt to contact potential matches. (A similar dynamic appears to work against men of Asian ancestry who try to connect with people of other races.)

"We are least likely to get responses/initial contacts yet most likely to respond," wrote a Twitter user named TheBADCounselor.

While Williams received some substantive criticism, many of her critics did not appear to have read past the headline or to have bothered to even register the fact that the story that had upset them was written by a black woman speaking about her own experience, though not directly citing it. Several of her online antagonists appeared to assume she was white.

Journalists often receive complaints about their work on Twitter as readers complain about typos, differences of opinion and factual errors. What set this particular incident apart from others is that Twitter as a company decided to lend its corporate weight to Williams' critics by creating a "Twitter moment," meaning a tweet-based article about the controversy that it then presented to millions of users.

The attention from Twitter headquarters and the backlash from readers likely played a role in prompting Newsweek's editors to completely remove Williams' article.

"Newsweek has removed a story posted on May 23 about the Bachelorette. We apologize for any offense it caused," the magazine wrote in a Wednesday tweet.

Salon reached out to Newsweek's editor in chief for further comment but has not received a response.

At some point following the retraction of Williams' article, Twitter actually removed the "moment" dedicated to criticizing her essay.

Before doing so, however, it edited the mini-article to remove erroneous tweets Twitter had previously promoted that suggested that Williams was not black and that she had provided no data for her assertion that black women are less likely to be married to people of another race. A Twitter representative would not comment about why the moment was modified and subsequently removed.

(Cached versions of Williams' essay as well as the revised Twitter moment are still available.)

In a Wednesday interview with Salon, Williams said she was shocked and dismayed that so many of her critics seemed to have not read the article before responding to it.

"I feel like when it comes to these kinds of topics, of love between people of different races, people just automatically get defensive about it," the Newsweek writer said.

Williams also argued that her Twitter detractors overlooked one of her main points, which was that despite historical discrimination that makes it more difficult for some black women to date outside their race, the ones who do are sometimes subjected to second-guessing from their family members or friends. As a result, she said, some black women decline to pursue potential partners that might otherwise interest them.

"My own dad has, somewhat in a joking but serious way, said that I can't ever bring a white man home," Kristan McCann, a New York-based music talent scout, told Salon in an interview.

"It's very much ingrained in black families in general that sometimes it's not OK to bring home a person of another race. And that's not fair and that does need to change," she added.

While some of the intraracial pressure on black women has a negative motivation, in the case of Rachel Lindsay and "The Bachelorette" there's also a natural impulse among many black Americans to want to see a positive portrayal of black love in popular culture. General-interest media rarely depicts normative, two-parent black families unless their last name is Obama.

Lindsay spoke out about the pressure in an interview with The Hollywood Reporter. "I'm not choosing a man for anyone else," she told the entertainment industry publication. "I have to be selfish. I have to do what's best for me. I'm the one who has to love and spend the rest of my life with this person, if I'm lucky to find that one."

The reality star's reaction might seem off-putting to some people but it needs to be seen in the proper context, argued Jamia Wilson, a black feminist writer who heads up Women, Action, and the Media, a nonprofit organization that fights for gender justice in media.

"Would we expect the same type of commitment from a black man who had reached a similar height of notoriety?" Wilson said in an interview. "Some people would, but honestly, I think as a black woman that there's more of a responsibility and burden placed upon [Lindsay] to make choices on others' behalf instead of for herself."

Instead of expecting a single black woman to somehow embody all black women, Wilson argued that pressure should be put on the entertainment industry to feature more black-centered stories and black characters.

"What we should be pushing for is lots more portrayals of us in our full humanity," Wilson said. "People are right to be against reductive representations of women of our community. But it does more harm than good to expect a single, private individual to be accountable to millions of people. That's reductive, too."

While there are other important aspects of the story about black women and interracial dating — how the media and fashion industries have systematically downgraded and ignored black beauty, for instance — Williams said the primary motivation behind her Newsweek article was to get the attention of black women who have considered interracial dating but aren't doing it.

"What should be happening when you read a story like that, it should encourage you to want to explore more," she said. "The numbers are rising but they're still very small and it's still very slow to catch on. But it is changing. And this [season of the "Bachelorette"] is something that could help fuel that. . . . If you actually read the story, you'd see that this was a celebration of that."

For Wilson, the controversy over Williams' "Bachelorette" article is a missed opportunity.

"Just as we need more diverse representations of black women in the media like Rachel Lindsay, women of color are underrepresented in journalism — especially at the highest levels," she said.

"Although I don't find fault with Williams' critics who made valid points, I would have loved to see more commentary focused on how Newsweek could have told a more complex story about black women's lives."