Donald Trump's Ramadan statement is filled with references to terrorism 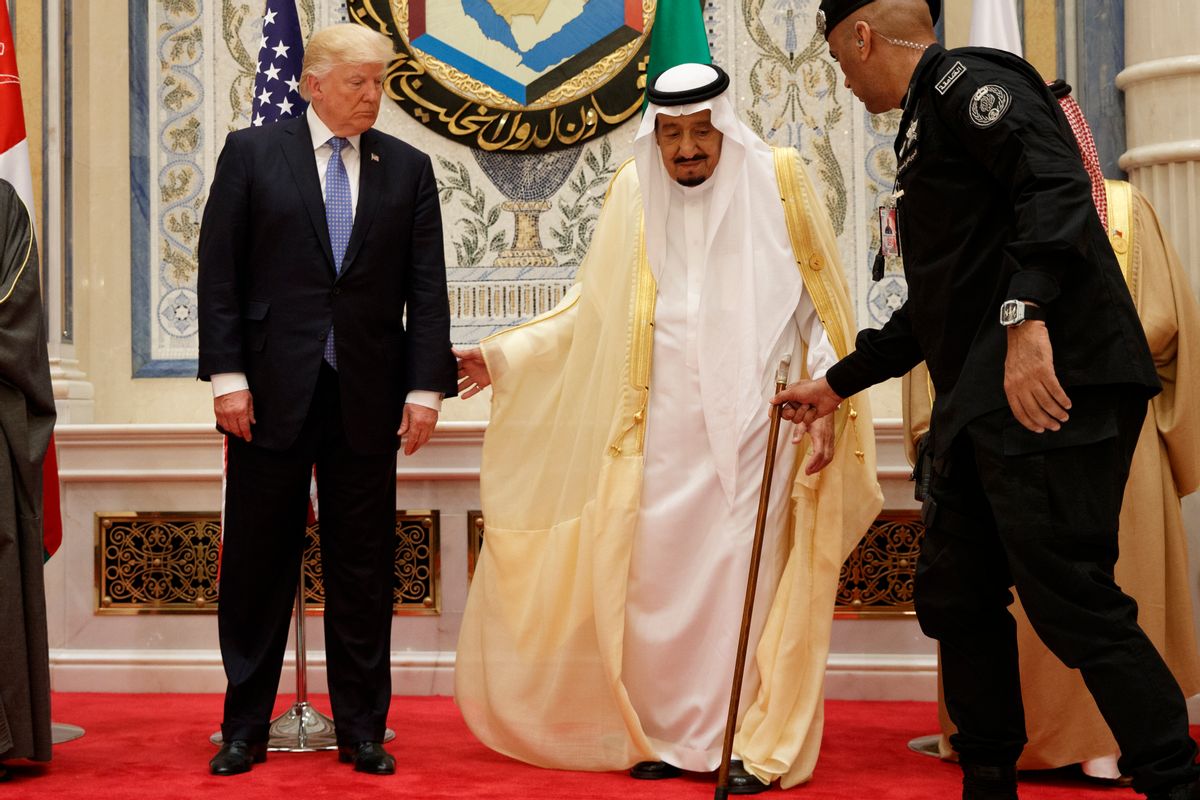 The White House just released a statement commemorating Ramadan that — instead of simply expressing solidarity with Muslims during their holiday — couldn't stop itself from referencing terrorism.

Even President George W. Bush, in the first Ramadan after the September 11th terrorist attacks, didn't do that.

"This year, the holiday begins as the world mourns the innocent victims of barbaric terrorist attacks in the United Kingdom and Egypt, acts of depravity that are directly contrary to the spirit of Ramadan," the statement, which was released in President Donald Trump's name, said. "Such acts only steel our resolve to defeat the terrorists and their perverted ideology."

Later, the message directly referenced terrorism by referring to a speech delivered by Trump in the Saudi Arabian city of Riyadh.

"America will always stand with our partners against terrorism and the ideology that fuels it," the message states. "During this month of Ramadan, let us be resolved to spare no measure so that we may ensure that future generations will be free of this scourge and able to worship and commune in peace."

Trump's message was far different from that of George W. Bush, who did not mention terrorism in his message observing Ramadan immediately after the Sept. 11, 2001, terrorist attacks. Indeed, in his famous speech before Congress after attacks, Bush made a point of emphasizing that America did not associate the Islamic faith with terrorism.

While Trump paid lip service to that notion in his statement, it is undercut by the mere fact that he mentioned terrorism at all during a holiday observed by more than a billion non-terrorists.