Greg Gianforte is apologizing for bodyslamming a reporter — now that he's won the election, of course 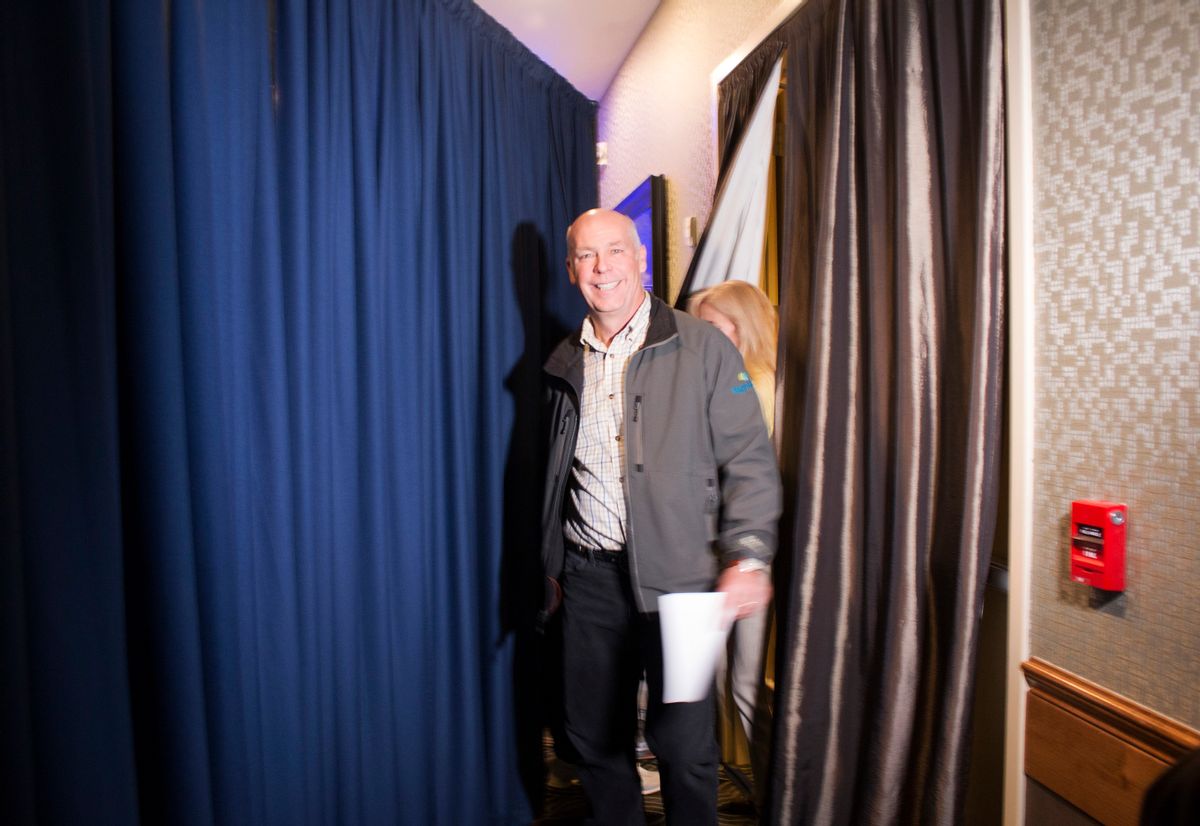 Greg Gianforte, the Republican congressional candidate who allegedly bodyslammed a reporter on the eve before a special election in Montana, has apologized for his actions — a day after saying he didn't do anything wrong.

Gianforte also specifically apologized to Ben Jacobs, the reporter from The Guardian whom he attacked.

"I should not have treated that reporter that way, and for that I'm sorry Mr. Ben Jacobs," Gianforte told the crowd. "That's not the person I am, and that's not the way I'll lead in this state."

Gianforte campaign's initial response to the Thursday assault wasn't to apologize, but to say that Jacobs was at fault. According to a campaign statement made immediately after the incident, "After asking Jacobs to lower the recorder, Jacobs declined. Greg then attempted to grab the phone that was pushed in his face. Jacobs grabbed Greg's wrist and spun away from Greg, pushing them both to the ground."

He added, "It's unfortunate that this aggressive behavior from a liberal journalist created this scene at our campaign volunteer BBQ."