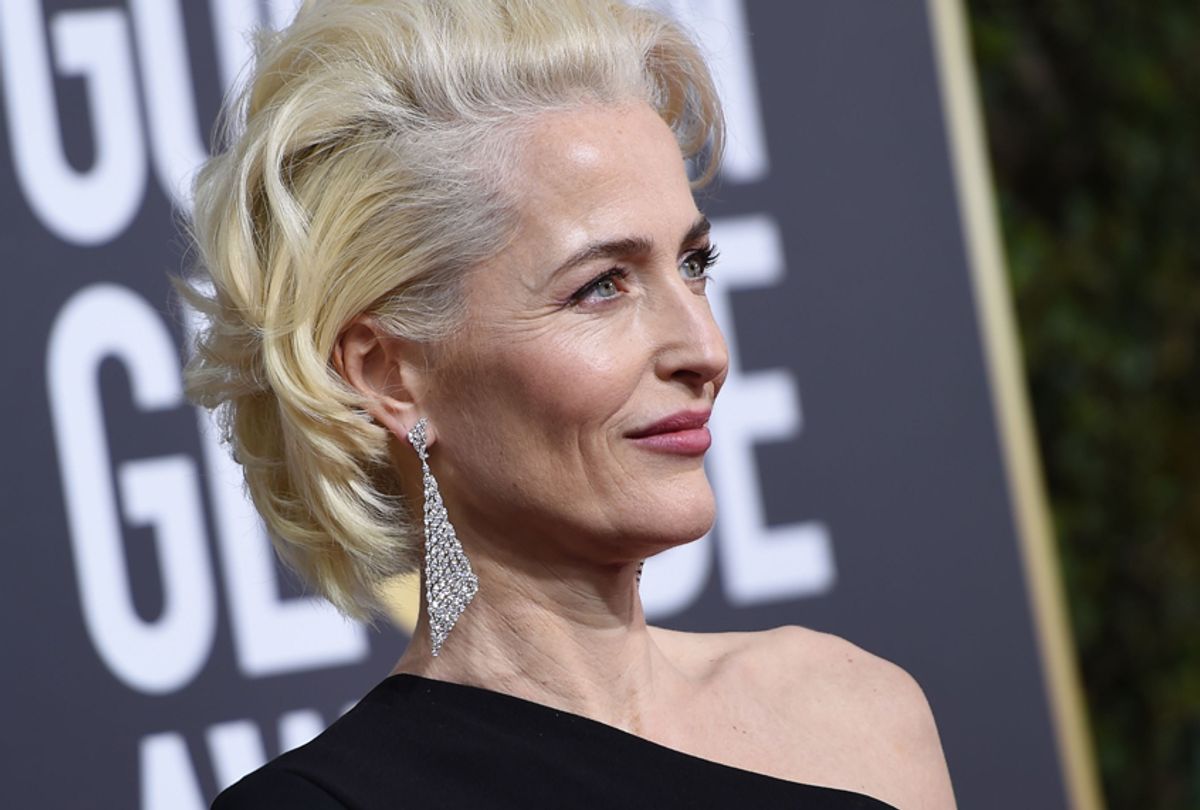 It's impossible to watch the Starz series "American Gods" without comparing it to the brilliant book of the same name on which it is based. Penned by Neil Gaiman (because of course), "American Gods" depicts a world in which mythological deities from a number of cultures (Norse, Egyptian, African, etc.) live among us.

These mythological creatures are only real because we believe in them, though their powers have diminished as our faith in them has waned. Gradually, they've found themselves replaced by new gods, each of them representing new fixations in American culture.

This is where Gillian Anderson as "Media" comes in.

As her name indicates, Media is the personification of modern entertainment, specifically television. When she first appears to our protagonist Shadow Moon, she takes the form of Lucy Ricardo from the classic TV series "I Love Lucy."

In this new clip, however, she appears as Ziggy Stardust, the bisexual extraterrestrial glam rocker character conceived and portrayed by David Bowie.

The musician first introduced "Ziggy" in the 1972 album "The Rise and Fall of Ziggy Stardust and the Spiders from Mars," widely considered to be one of the greatest rock records of all time.

Considering that the album's protagonist was attempting to spread a message of peace and love when humanity is only 5 years away from its own extinction, the character seems relevant in our global warming-filled, Trump-led era.

Bowie passed away in January 2016 after struggling for a year-and-a-half with liver cancer.

See Anderson as Stardust below.