Who sounds more presidential: President Donald Trump or a bunch of fourth graders? 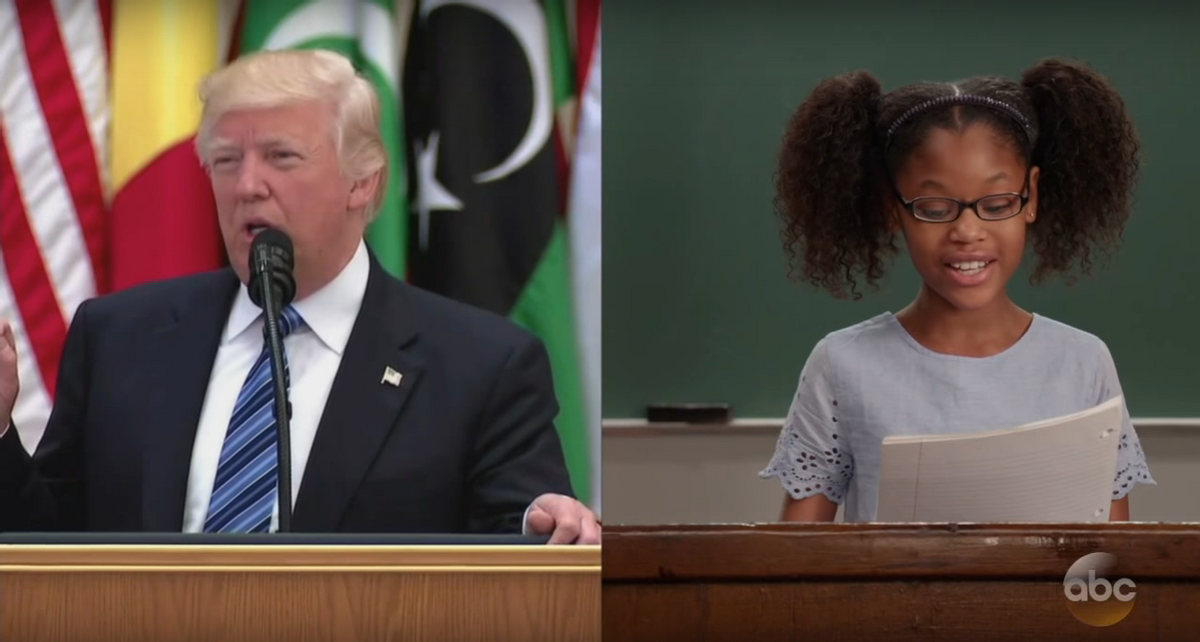 When President Donald Trump reads from a script, conservatives and lazy journalists often say that he looks presidential. Jimmy Kimmel, on the other hand, thinks that the president sounds like a fourth grader giving a book report.

So the host of "Jimmy Kimmel Live" invited some elementary school students on his show Thursday to read Trump's speeches — and deliver it better than him.

"When Trump gives these speeches he reads from a script, which is a good idea," Kimmel said. "I've noticed, though, it sounds like a fourth grade book report. He speaks very slowly and simply, not too bigly. He just stays in the middle and uses vocabulary that even a child can understand."

While Kimmel was going for laughs as opposed to a deep dive into Trump's speech pattern, there has been academic studies on Trump's public speaking.

For example, a readability analysis of presidential candidate speeches by researchers at Carnegie Mellon University found that Trump's grammar is at a sixth grade level. Most presidential candidates typically use words and grammar of students in grades six through eight, the study said, "though Donald Trump tends to lag behind the others.”

One thing is for sure: Trump, who claimed to "love the poorly educated" during the campaign, seems to be speaking to his base when he is reading from a script.