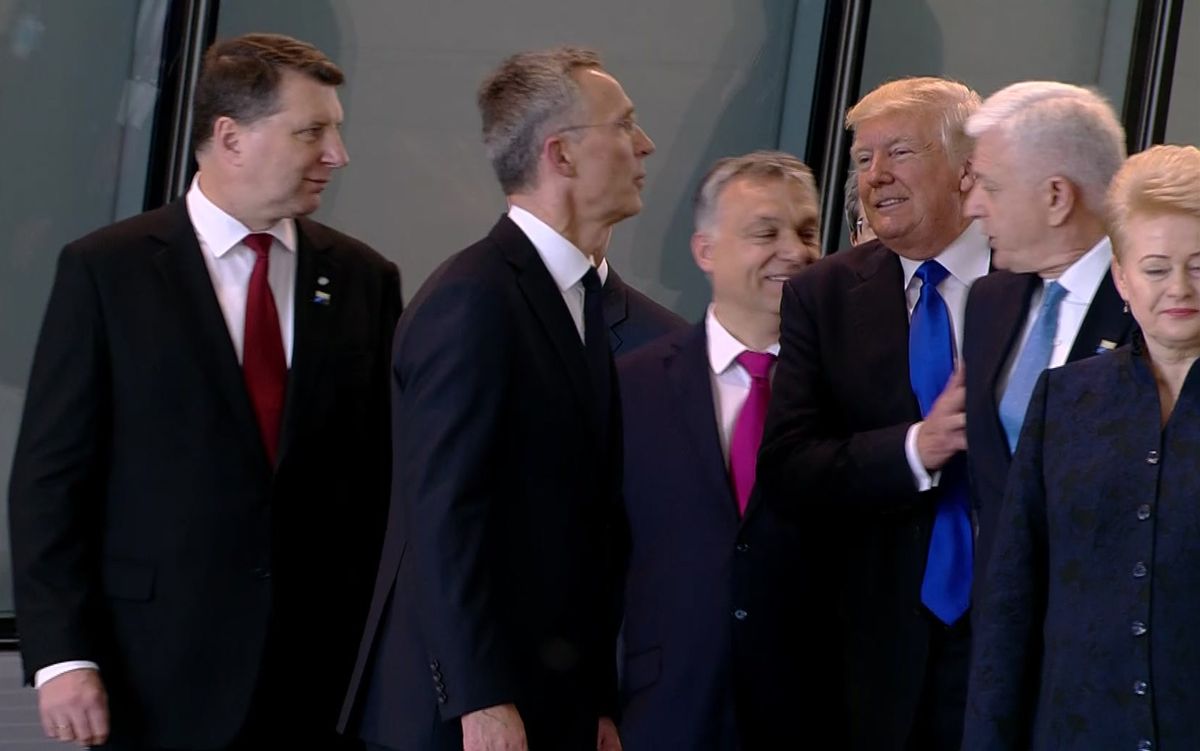 It was a shove seen around the world. President Donald Trump, desperate to be in the front of the line for a photo op, appeared to have shoved a world leader out of the way.

But the man that was shoved by the U.S. president, Montenegro Prime Minister Dusko Markovic, is calling it an "inoffensive situation."

During his visit to NATO headquarters, Trump moves in front of Montenegro Prime Minister Dusko Markovic to be in front of the group pic.twitter.com/kYDfshnVrp

On Thursday, the first question Markovic received from a pool of reporters was about the physical incident he had with Trump.

"This was an inoffensive situation," Markovic said, according to a transcript provided by the Montenegrin government. "I do not see it in any other way. I had the opportunity today to thank President Trump personally for his support, speed ratification of the Accession Protocol in the U.S. Senate, the overall support for Montenegro's Euro-Atlantic integration and of course the further development of our bilateral relations."

"But, when journalists are differently commenting this scene, I want to tell you that it is natural for the president of the United States to be in the first row," he added.

Montenegro, the newest member of NATO, just survived a coup attempt from Russia. In April, 14 individuals, including two Russians, were charged with "creating a criminal organization" and "terrorism."