Trump at Taormina: The odd man out on the world stage

Imagining a G7 world, where the United States now is the rogue nation at the table 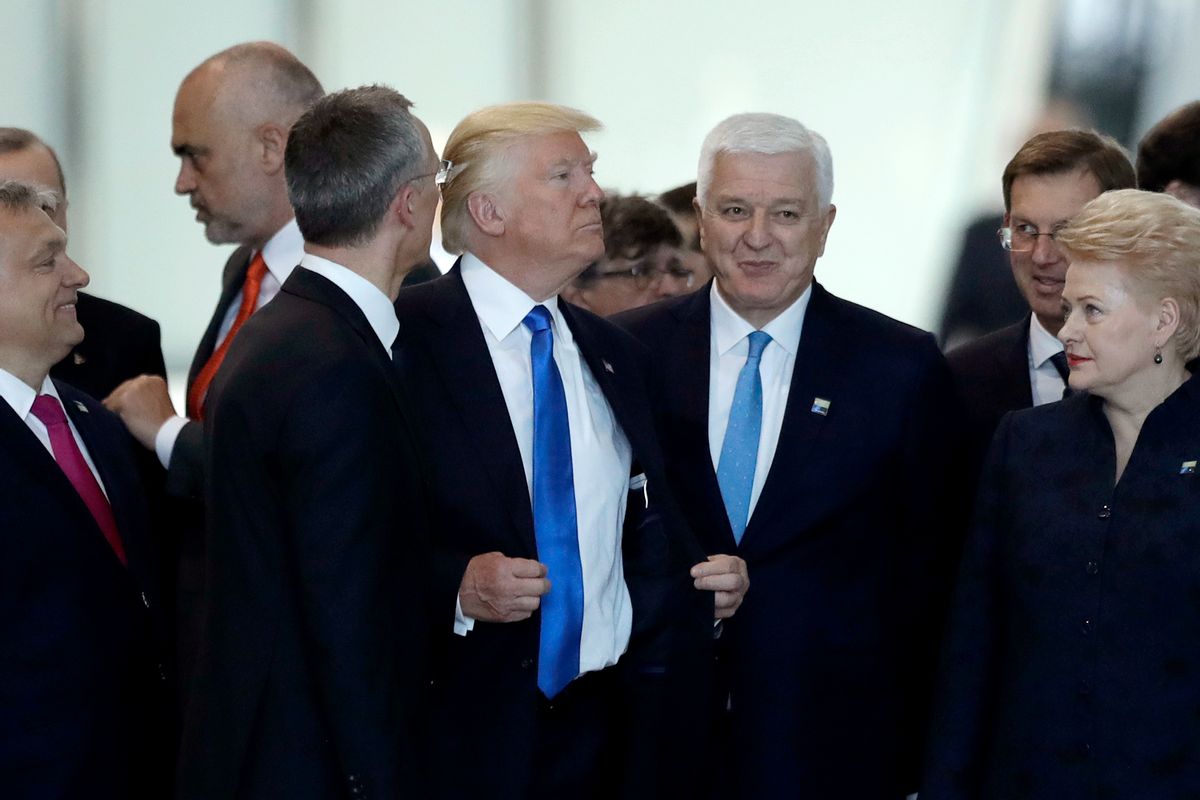 It is not a coincidence that the “greatest show on earth,” the Ringling Bros. and Barnum & Bailey Show circus, after a proud 133-year history, closed its doors for good this week.

It wasn’t just that the business — one of humankind’s oldest forms of entertainment — was no longer profitable.

To add insult to the (commercial) injury, the competition coming from the White House was simply too much.

Phineas Taylor Barnum — who (not unlike Donald Trump) in addition to being a showman and a businessman also was a politician on occasion — has finally met his match.

After all, in what is perhaps the greatest (electoral) circus trick of all time, Trump proved that, in the United States at least, there is not one, but two suckers born every minute, based on the popular vote in the 2016 presidential election.

True to form, the Donald J. Trump circus took its physical act to the world stage this week, with considerable success, if no less at a considerable cost to the American taxpayer.

Truth be told, that taxpayer did not have much to gain from it, other than regaling themselves with America’s new form of soft power. The only tangible benefit is a spectacular series of photos of Melania and Ivanka Trump in various outfits, and the answer to the agonizing question: veil, or no veil? Oh vey.

But wait a minute, Melania Trump — the not so dutiful wife of The Donald, scored a dual win for women’s rights. While at various occasions refusing to take the extended hand of her President-husband, she made a point about reaching out to the Saudi king — and giving him no chance but to shake hers.

That is a big no-no in the style manual of Wahhabi terrorist promoters. Advantage: Melania Trump.

Sadly, spouses and offspring are not usually the main attraction of the G7 meetings. This choice will leave out of the Taormina gathering what could be its only positive raison d’être.

The main justification for the meeting at a time when the G20 is obviously more in a position to steer the global economy is to bring around the table leaders of the still biggest (Western) economies who share, yes, Western values, in both the economic and the political sense.

But even that is not true anymore. Just look at the contrast between the 2016 declaration of the G7 leaders and the statements and actions of the new U.S. administration. Let’s look at three examples.

1. 2016 G7 declaration on the fight against corruption

On February 14, President Trump proudly signed the repeal of a regulation under the Dodd-Frank that forced oil companies to disclose payments made to foreign governments in order to secure mining and drilling rights. And said, modestly: “It’s a big deal. The energy jobs are coming back.”

That may be true in Nigeria, where Exxon-Mobil, the oil behemoth of Tillerson fame, is under investigation for corruption. Otherwise, it it is more likely to be a stimulus for the real estate industry on the Riviera, or the Swiss banking sector.

“We reaffirm our commitment to keep our markets open and to fight all forms of protectionism. In order to further boost free trade, we commit to strengthen the rules-based multilateral trading system and promote WTO negotiations.”

During each and every preparatory meeting, the U.S. delegates have refused to commit to fight protectionism, while at the same time claiming not to be protectionist, but only opposed to unfair trade.

Well, nobody (officially) supports unfair trade, so a little Cartesian logic would help: If you say you are opposed to protectionism, commit to it in writing.

Unless you believe the “voodoo economics” of the new U.S. Commerce Secretary, who blames the U.S. trade deficit on the WTO — rather than, take your pick, on the deficient macro¬economic policy of his country, the lack of savings, the deficient infrastructure and/or poor education.

Climate: The G7, continuing to take a leadership role, commits to taking the necessary steps to secure ratification, acceptance or approval of the Paris Agreement as soon as possible, and calls on all Parties to do so striving for a goal of entry into force in 2016. We commit to take the lead by early, transparent and robust implementation of our nationally determined contributions, and promoting increased ambition over time . . . We commit to formulate and communicate ambitions mid-century long-term low greenhouse gas (GHG) emission development strategies well ahead of the 2020 deadline

After candidate Trump claimed during his campaign that climate change is a Chinese hoax directed at the U.S. economy, President Trump has appointed at every single environmental job in his administration ayatollahs of the Denialist faith.

The Supreme Leader of the Faith, Ayatollah Pruitt, officially the Administrator of the Environment Protection Agency (EPA, soon to be renamed to Environment Pollution Agency, was very frank in an interview with NBC in March: “So no, I would not agree that human activity a primary contributor to the global warming that we see.”

Since actions speak louder than words, the Trump administration has announced decision after decision that will make it impossible to respect the commitment of its predecessor to diminish the GHG emissions of the country by 26-28% in 2025 from the 2005 basis.

Due to the changed policies, experts estimate a decline of 9-10% at most based on the new policy trajectory.

It is totally irrelevant that the U.S. government stay part of the Paris agreement or not: The United States under Trump is on a trajectory to be a climate outlaw.

Conclusion: The US outs itself

Beyond the responsibility they share as leaders of the international economic order, G7 heads of state and government are also bound by their belief in common political values. Or rather were. Donald Trump is clearly NOT part of that value chain.

When one reads the exchange between President Trump and Rodrigo Duterte, the martial arts leader aka President of the Philippines, where Trump congratulated Duterte for the “unbelievable job” he does on the drug problem in the Philippines, there is little doubt that the American President is the odd man out in Taormina.

Truth be told, Trump is really much more at home consorting with the equally gold-worshipping and cynicism-minded Saudi family and its despotic crowd.