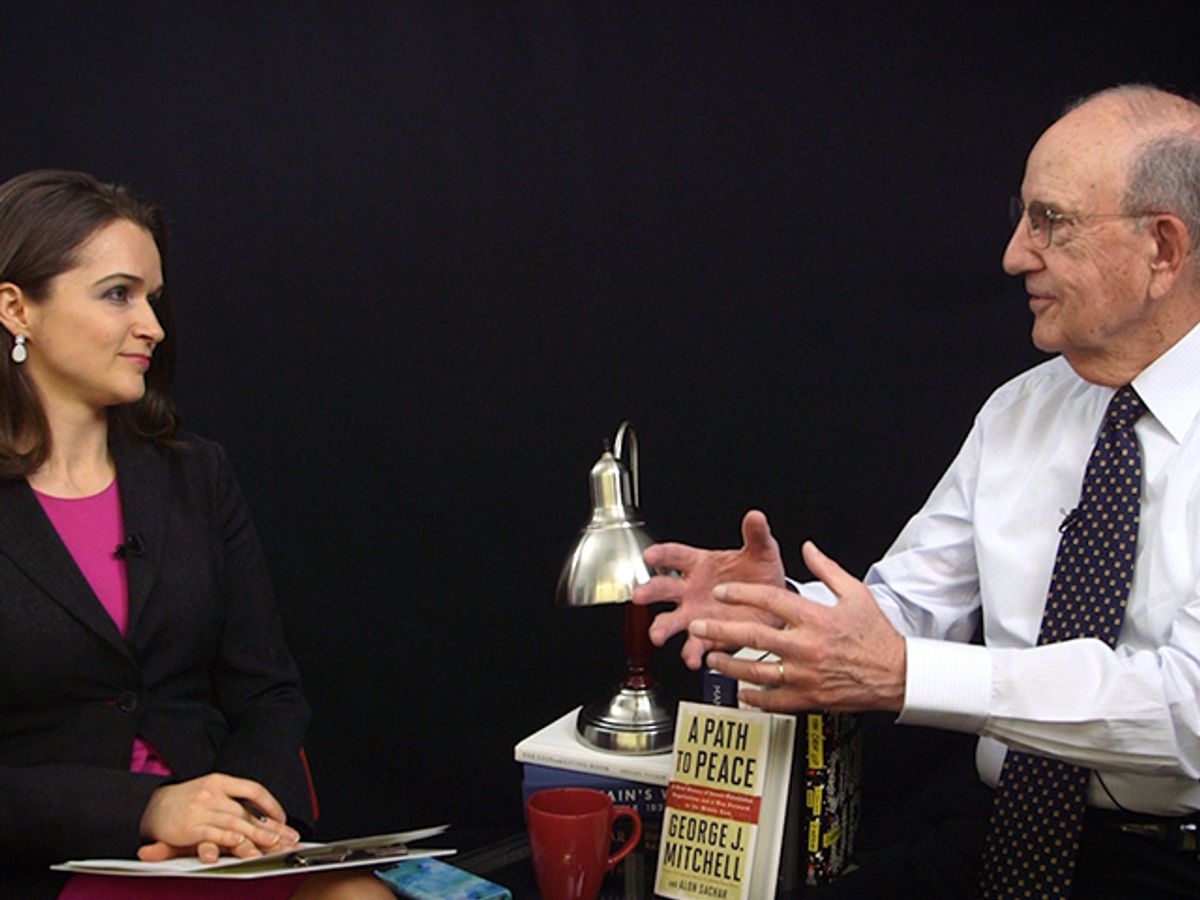 While on the 2016 presidential campaign trail, Donald Trump would blast then-President Barack Obama's approach to Israel, promising a more conciliatory approach to the country, one that would recognize Israel's political capital as Jerusalem rather than Tel Aviv. Now that he's in the White House, Trump has stepped back from that promise, leaving a decision of moving the U.S. embassy unchanged thus far.

During an episode of "Salon Talks" last year, George Mitchell, celebrated for his role in brokering peace in Northern Ireland, discussed the political realities on the ground in the Middle East. He served as a U.S. special envoy for Middle East peace for the Obama administration.

“Every presidential candidate in virtually both parties has made that promise during the campaign," Mitchell said. "Then once in office each has said, 'Well, maybe not now. Maybe later.' It’s possible Mr. Trump or some future president will make the decision."

Trump surprised many with his ambitious itinerary for his first foreign trip, including stops in Saudi Arabia and then Israel. Rabbi Marvin Hier, who gave an invocation at Trump's inauguration, told Salon on Thursday he thinks Trump will eventually come around to moving its embassy from Tel Aviv and will recognize Jerusalem as Israel's capital.

The ultimate fate of Jerusalem is just one of many controversial issues, including what form a state for Palestinians should take as well as the status of the occupied territories, that remain to be resolved as part of the long-elusive peace process between Israelis and Palestinians.

"One of the problems is that Jerusalem is perhaps the most difficult of all of the issues that the parties have to resolve," Mitchell said. "And it is the one issue in which the Palestinians don’t have a free hand to negotiate. They can decide borders with Israel. They can decide water rights; they can decide transportation issues."

Added Mitchell: "But Jerusalem is more than a Palestinian issue. It’s a Muslim issue. And Saudi Arabia, Jordan, Morocco and the nearly 1.7 billion Muslims around the world . . . have a deep interest and stake in what happens in Jerusalem, just as do all Israelis and others around the world." He added, I think it is best to leave it to negotiation of the parties."