The 12 best summer music releases you may have missed

From indie-rock, to synth-pop, to folk, these are the best new albums ready for streaming this long weekend 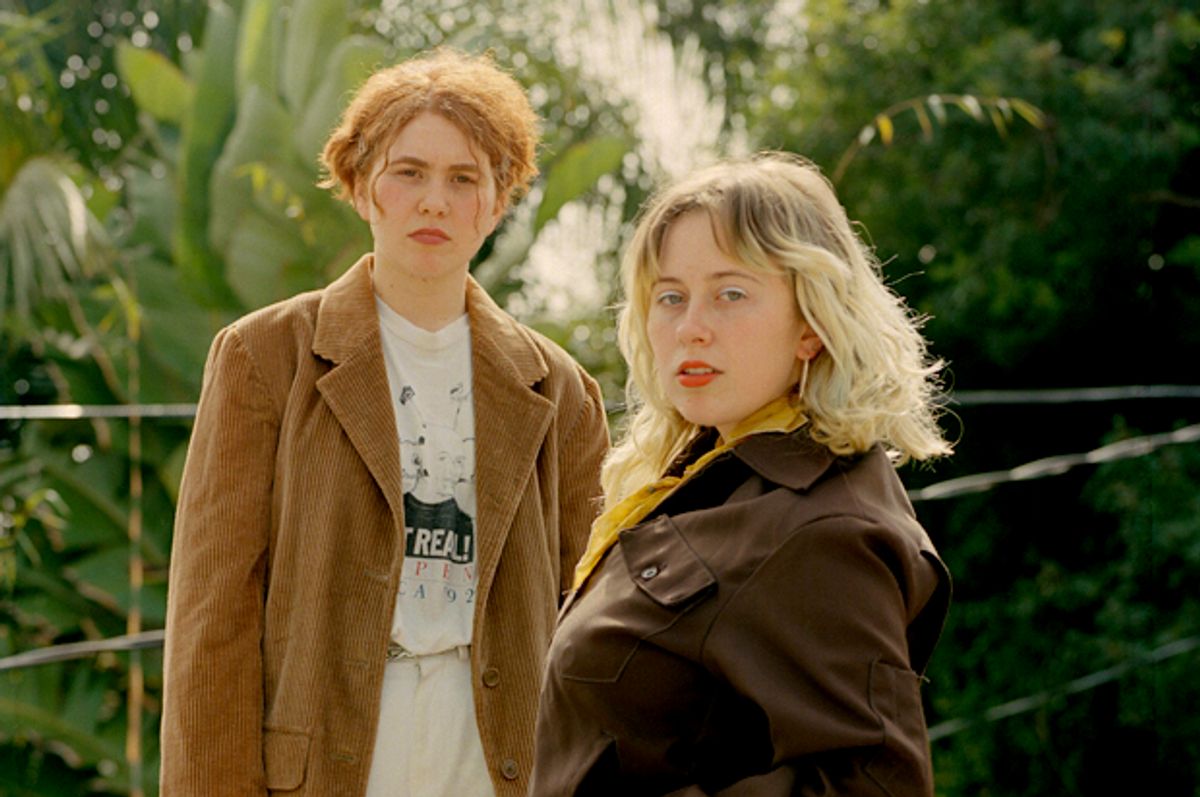 The music industry's promotion cycle has traveled at hyper-speed in recent years. This year is no different. Records seem to come and go in a flash, announced, released and then left behind after a spin or two, because dozens more have already arrived in stores or online.

For fans, this abundance is both boon and bane. On the one hand, there's never been more amazing music to experience. On the other, keeping up with new releases — and developing a personal connection with records — is more difficult than ever.

In the spirit of trying to make sense of the musical avalanche, here are a few worthy recent releases you might have missed.

David Bazan, "Care"
David Bazan is one of the most perceptive, thoughtful chroniclers of life's spiritual and emotional ebbs and flows. "Care," a synthesizer-driven album he produced and mixed with Richard Swift, is no exception. Sonically, the record feels like early Magnetic Fields, in the sense that it's a luxurious and melancholy homage to early '80s synth-pop. Lyrically, it's reliably insightful. The stunning "Up All Night" tackles both restless insomnia and the bittersweet nature of experiencing summer freedom as an adult: "Summertime ain't just for teachers/Summertime, trying to sleep 'til noon/Summertime, up all night howling at the moon."

Cait Brennan, "Third"
As Salon detailed a few weeks ago, '70s rock is back in fashion. "Third," the latest record from Memphis-based pop-rock aficionado Cait Brennan, is further proof of that. Recorded at Ardent Studios, the LP is a well-wrought, diverse collection that feels like an episode of "Casey Kasem's American Top 40" from the '70s, with its nods to stomping glam ("Benedict Cumberbatch," "The Angels Lie"), soul shimmies ("A Hard Man to Love") and Todd Rundgren ("Bad At Apologies") gloriously. On a more modern tip, "At the End of the World" conjures the meticulous pop shapeshifting of Neil Finn and Crowded House.

Erasure, "World Be Gone"
Speaking of luxurious music: Iconic and influential synth-pop duo Erasure quietly released a stellar new studio album, "World Be Gone," earlier in May. Although not as flagrantly dancefloor-ready as the band's '80s and '90s work, the pulsating electro anthems are just as satisfying, mainly because of meditative lyrics. Ruminations on topics such as tender romance ("Love You to the Sky") and the state of the union (the industrial-soul "Oh What a World") offer plenty of depth.

Ingrid Michaelson, "Alter Egos" EP
Because there are so many full-length albums arriving in a given week, extended plays or mini-albums tend to get lost in the shuffle. Don't sleep on Ingrid Michaelson's EP "Alter Egos" — featuring redos of songs from her 2016 album, "It Doesn’t Have to Make Sense" — which deconstructs songs with the help of Tegan & Sara and John Paul White. The hands-down highlight, however, is "Miss America," an empowering, iconoclast-championing duet with Sara Bareilles.

Mary Lambert, "Bold" EP
Also offering a new solo EP is Mary Lambert, known to many for her vocal turn on Macklemore & Ryan Lewis' "Same Love." Piano-dusted ballads (the "Do Anything") and fizzy electro-pop ("Hang Out With You") highlight "Bold."

Skating Polly, "New Trick" EP
The third of our can't-miss EPs comes from Skating Polly, an up-and-coming rock band out of Oklahoma. On "New Trick," they've teamed up with Veruca Salt's Nina Gordon and Louise Post for a three-song release brimming with churning, needling guitars and gleeful harmonies.

Michelle Branch, "Hopeless Romantic"
Michelle Branch, who broke out in the early '00s with "Everywhere" and "All You Wanted," has kept a low profile in recent years due to ongoing label issues. That turmoil is finally behind her. Her new album, "Hopeless Romantic," is a fantastic, straight-up rock record with nods to the blues, '80s pop and classic rock. For example, "Fault Line" is the kind of sleek, keyboard-buffed tune Cyndi Lauper might have cut post-"Girls Just Want to Have Fun."

John Gary Williams, "John Gary Williams"
Thanks to the vinyl renaissance, hidden musical gems are being unearthed, dusted off and re-pressed. Back in April, Stax Records reissued the self-titled 1973 solo LP from John Gary Williams, a member of '60s R&B group the Mad Lads. In addition to including covers of songs from the Four Tops and the Spinners, the record is an understated collection of well-wrought soul and R&B with occasional political undertones, as evidenced by "The Whole Damn World Is Going Crazy."

Girlpool, "Powerplant"
Girlpool — a band formed and fronted by Cleo Tucker and Harmony Tividad — echoes the fuzzed-out guitars and piercing vocals favored by '90s rockers That Dog. and Veruca Salt. As the band's new record, "Powerplant," reveals, however, the group is far from a monochromatic throwback. The sighing, chiming guitars on "Your Heart" recall the Go-Betweens; "Kiss and Burn" showcases the kind of burnished jangle popular in '80s college rock circles; and "Fast Dust" is solemn, sparse lo-fi rock 'n' roll buoyed by undulating noise crescendos.

Soulwax, "FROM DEWEE"
Soulwax became internet darlings because of their mash-up-happy alter ego 2 Many DJs — an alter ego that gifted us the inimitable Destiny's Child-Nirvana hybrid "Smells Like Booty," among other things. The Belgian electro band has carved out an impressive niche under its own name as well. "FROM DEWEE," recorded live in one take, is an impeccably arranged, nonstop groove display touching on house, techno and disco-soul.

Fastball, "Step Into Light"
Think Fastball disappeared once the '90s ended? Think again. Not only was the band's long-ago hit "Out Of My Head" repurposed for Machine Gun Kelly and Camila Cabello's massive smash "Bad Things," but the band recently released an album of new material, "Step Into Light." As with previous work, the record is a well-crafted amalgamation of ferocious power-pop ("We're On Our Way," "Just Another Dream"), simmering post-punk ("Love Comes in Waves") and alt-country (the title track.) Fans of Old 97's and Fountains of Wayne will find much to love here.