The school visit that saved me

I've been guest-teaching in public high schools for three years. Every visit is a chance to make a real connection 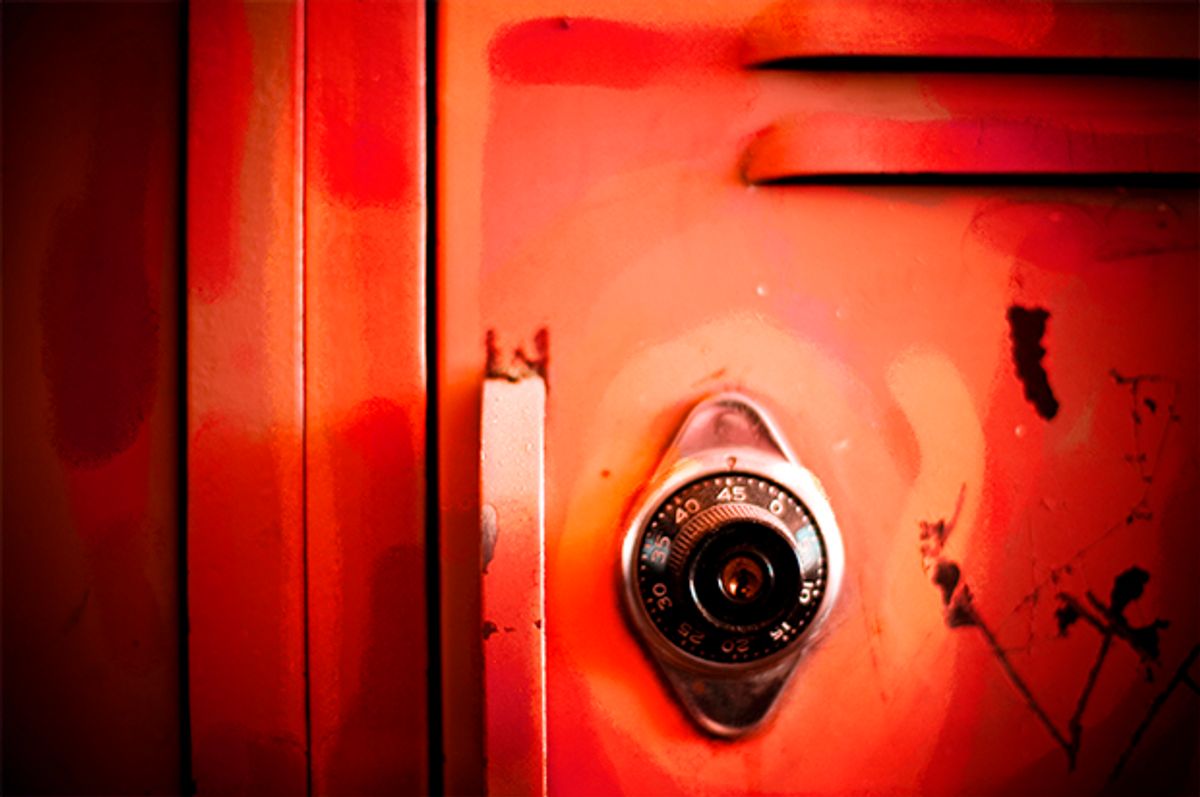 I do a lot of cool community work, but if you ask me what my favorite is, I’d have to say visiting high schools. Every other week I hit classrooms full of students in mostly low-income areas, who are normally identified as nonreaders. I lead workshops and give lectures on my writing — my Salon articles and my books. These visits are way more fun than the elite dress-shoe functions I deliver keynote addresses to and the Ivy League school visits I’ve made.

The kids are amazing and innovative — some are talented beyond their own comprehension — and I get to show them the power of reading and tell them how amazing they are while teaching some of the skills they will need to reach success. It’s some of the best work I do, and truly the highlight of my week.

I’ve been doing this for about three years now, and I tell you, it never gets old.

“Yeahhhh, Mr. Watkins, you ever gonna write a book like dem essays?” a bug-eyed skinny kid asked me. He was shoving Flamin’ Hot Cheetos in his mouth, standing over me as I checked my Twitter.

“Yeah, Shorty,” I said, tucking my phone in my pocket. “It’s called ‘The Beast Side’ and it drops in September, so get ready. I’m going to make sure every kid in your school has one. I don’t know how, but I’m gonna do it.”

He gave me a handshake, leaving some of the dust from his Cheetos on my hand. I brushed it off on my jeans.

“I’m speaking to another class in a few, can you show me to this room?” I said, pointing to my phone.

“Yeah, Mr. Watkins,” the kid replied, crunching more Cheetos and passing me the bag. I followed him up the hall.

“Yo, Mr. Watkins, can we take a picture together? Matter of fact, can I post to my IG? Can you follow my IG?”

“Watkins, you too early for this class! They be here in like 10 minutes. Lemme hold your phone, I wanna show you my IG. It’s really lit,” he said.

I passed him my phone. He logged out of my account and into his. After following my feed, he showed me the images on his account: dirt bikes, hood pics and videos of him hooping. He seemed really good.

“You think you can play ball, Shorty?”

“Don’t talk trash, Watkins, ‘cause I’ll take you down to the gym!” he replied, laughing.

The teacher walked up on us. “Mr. Watkins, is he bothering you?” she asked.

“Nah, this is my little homie!”

He asked the teacher if he could sit in on my talk.

Before running down to get a permission slip, he stopped. “Can you shout me out on The Gram or Twitter? I’m trying to get my follows up. You feel me?”

“Name another time in history where young black kids from the street were excited about reading. Something special is happening, sir,” I said to a young school board executive in a clean suit.

“I’ve been to almost every high school in the city,” I continued. “The kids love it. They are seeing value in themselves, telling their own stories and even stealing the books! None of these kids from east or west Baltimore are being transformed by ‘The Scarlet Letter’ or stealing it, let alone reading ‘The Crucible.’”

“I’m well aware of your work, Mr. Watkins,” he said. “I first heard of your book in Oprah magazine.”

“With all due respect,” I said, “I’ve been going in schools way before that O mag mention.”

It’s crazy how you can work extra hard, right under someone’s nose — closer than their mustache, even — and still they don’t know you exist.

“Mr. Watkins, you have my word,” the exec said, locking eyes with me. “We want our students to read, and every ninth and tenth grader will have your books! I promise!”

He squeezed my hand until the bones shifted; it even puffed and turned red. My uncle had told me I should always trust a guy with a firm shake.

I left his office feeling great — inspired, even. I felt like the city was really changing for the better and our kids were finally going to embrace books.

Needless to say, he never called or returned any of my phone calls. I guess my uncle’s theory was trash, or maybe more pressing issues came up. Either way, I kept up with my school visits, continued to raise money and donate books, spend my own money to donate more books, and work with organizations like Writers in Schools to get even more books into the kids’ hands.

Some teachers told me that my book was being considered to be required reading for high school students in Baltimore. I was excited, but not too excited — I’ve heard this before. The difference this time is that the bulk of schools are using my books and essays already. I’ve visited most of them multiple times now, and dozens of teachers keep me posted weekly via text, social media message and email of the success stories. Maybe the administration finally understands the power of supporting a writer who takes the time to engage students?

Teachers told me that my book wasn’t chosen. The school district decided to go in a different direction.

I was upset. Not just about my book being snubbed, but at the selections made by the administration. They decided to double down on books that kids hate.

I sat outside my car near my office and chain smoked a pack of Newports, went back inside and started reading my own book. I still don’t get why they decided against it, but I guess I’m biased. I wrote some essays for work and headed home. My gas was a little past E so I pulled over near a housing project where I used play basketball at as kid.

I put the nozzle in the tank and went to sit in my car. The clock said 3:00 a.m. Where does time go?

I turned around to a short bug-eyed guy in a hoodie with his forehead tilted down toward the ground and his right hand wrapped under his shirt near the waistline.

“Watkins?” he said, “Mr. Watkins, fuck you doin’ out here, man?” He turned around and waved off another guy who was inching toward us.

He took his hood off.

“I still remember when you came to my school. You everywhere now, man. You really made it out here. Just like you said.”

I’ve made so many school visits that I honestly didn’t recognize the kid. It was 3 a.m. and I was up for two days straight reading, editing and smoking the worst type of cigarettes.

The threads on his hoodie were unraveling. I focused more. His shoes were tattered and dragging.

He told me that he wasn’t doing so well at home, he wasn’t in school and that he’s flat broke. I walked to the ATM and yanked out $60, and gave him a five with the money tucked in palm. Then I popped the trunk and gave him a few copies of “The Cook Up” and said, “Stay up, man, be safe.”

He said the same and I pulled off.

As I rode home, I realized why he seemed so shocked to see me. He was probably going to rob me until he realized that we had met before­. And then I realized who he was: that kid who had asked me to follow his Instagram.

A school visit may have saved me.

Here was a reason to ignore the bad decisions made by the administration, to continue to show love to the community, and to keep doing the work that counts.

I revisited that gas station two or three times looking for the kid. I haven’t been able to catch him, but when I do? I’ll put him back in school.