Devin Nunes in April: Russia investigation is all because Hillary Clinton lost 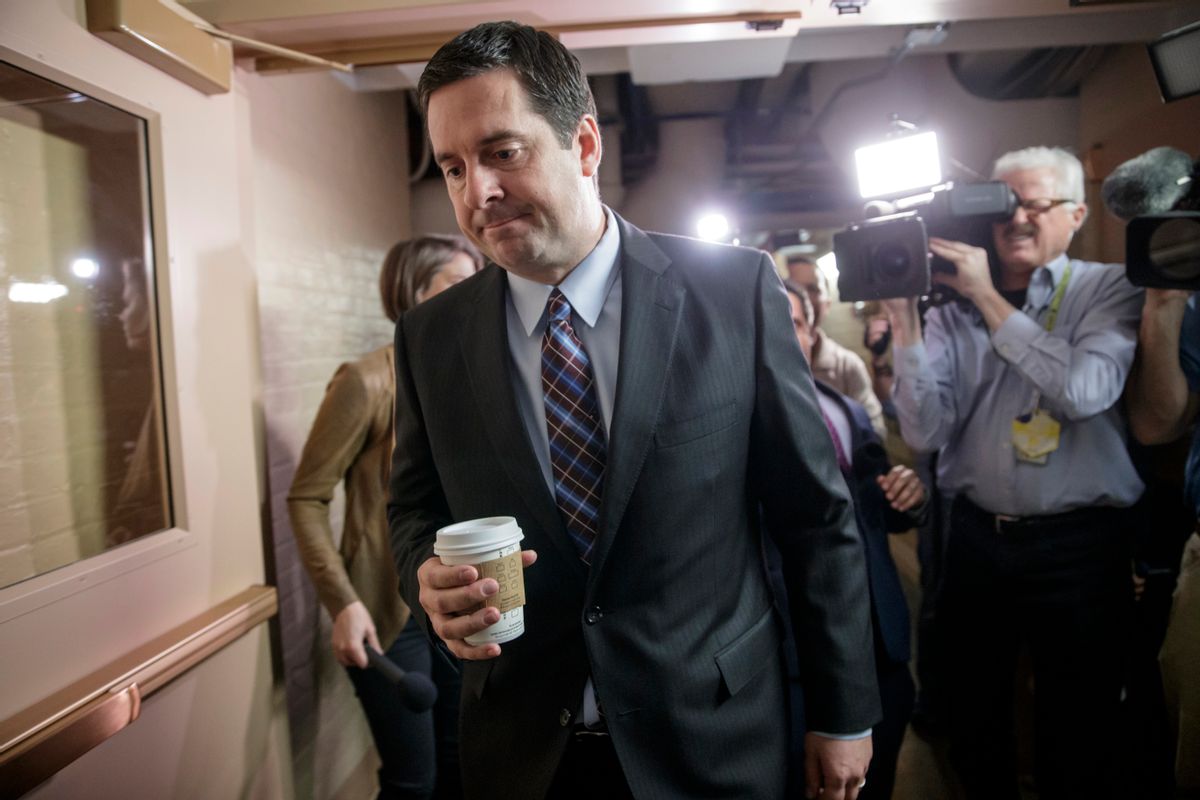 Devin Nunes shocked the entire political world when, earlier this year, he seemed to be working with the White House to create a fake scandal about Susan Rice as a distraction about President Donald Trump's ties to Russia, and as cover for the president's claim that he was "wiretapped" by President Barack Obama.

The California Republican is under a bipartisan House investigation into whether or not he shared classified information, but according to the congressman, the entire thing is all overblown — and it's because Democrats don't want to blame Hillary Clinton for her own defeat.

"The Democrats don’t want an investigation on Russia. They want an independent commission," Nunes told Republicans at a Tulare County Lincoln Dinner on April 7. The comments were made as Nunes introduced conservative pundit Dinesh D'Souza, according to a report by the Los Angeles Times. "Why do they want an independent commission? Because they want to continue the narrative that Vladimir Putin and Donald Trump are best friends, and that’s the reason that he won, because Hillary Clinton would have never lost on her own; it had to be someone else’s fault."

In today's context, those remarks seem rather divorced from reality, especially as reports indicate that more and more of Trump's inner circle may have had improper relations with Russian officials.

Nunes responded to an inquiry by the Los Angeles Times about the video by describing the reporting as "lazy reporting and fake news."

Nunes also claimed that he stopped leading the House's Trump-Russia investigation so he could help fellow Republican candidates.