What Hollywood needs right now is this film about flawed women 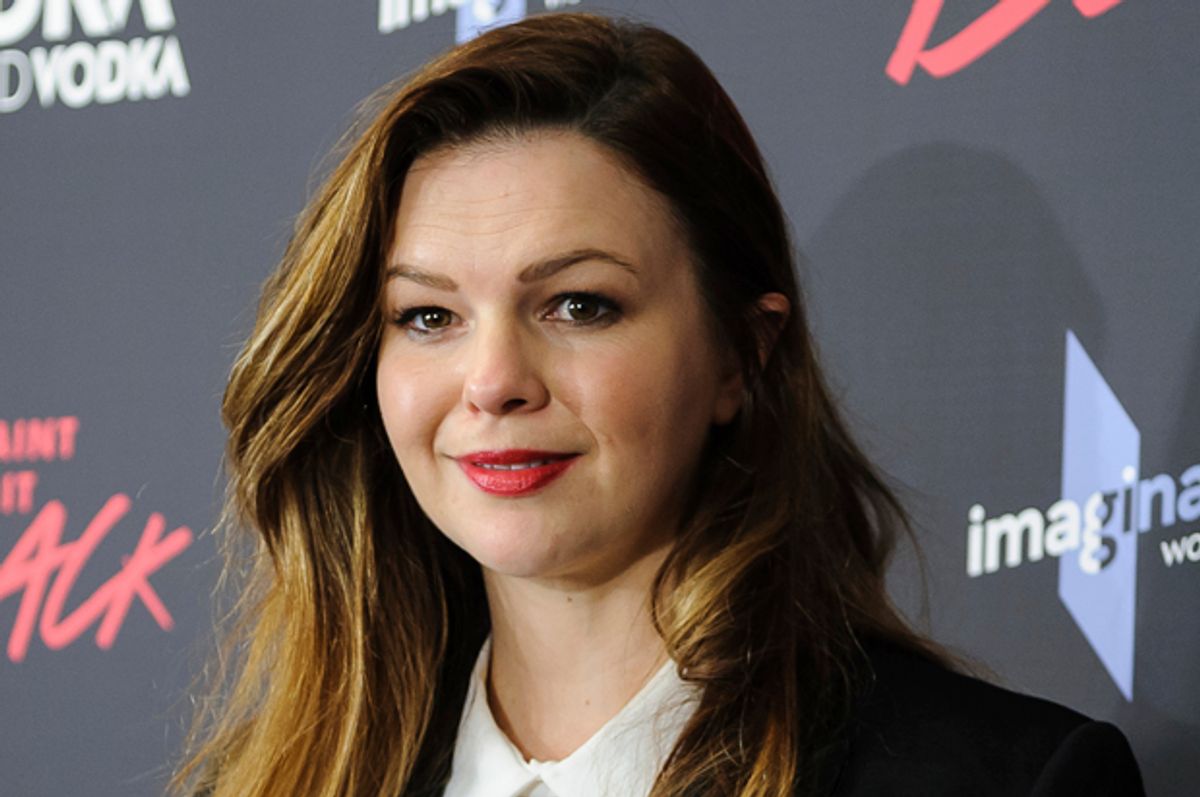 The film “Paint It Black” is a tribute to real women and the real emotions that overtake us when we are dealing with grief.

I’m not talking about tears in the pillow. I’m talking about binge drinking, wild outbursts, violent rampages and stealing. Women, of course, know that depression and suffering can express itself in these ugly ways, but it’s rare that we talk about them, and even rarer that we see them in movies and on television.

Actress Amber Tamblyn has been working on “Paint It Black,” her directorial debut, for nearly a decade and has strong thoughts about why this film shatters the stereotypes around how women’s emotions are handled on screen.

“I just hope to tell stories about women who are fucked up,” Tamblyn shared with me in the Salon studio during a recent edition of “Salon Talks." “There are not enough movies about us that are truly about us,” she said, referring to the depiction of women and girls in Hollywood films.

“Paint It Black,” which Tamblyn also wrote and produced, centers on a twisted relationship that develops after a young man, Michael, played by Rhys Wakefield, commits suicide. Michael’s girlfriend Josie, played by Alia Shawkat, is a punk artist in her 20s; in stark contrast his mother Meredith, played by Oscar-nominated Janet McTeer, is a wealthy, accomplished pianist whom Tamblyn described as a “real Cruella de Vil.”

While they grieve Michael’s death, Josie and Meredith find themselves constantly at odds. Their relationship becomes equal parts distrust and blind need as they struggle to make sense of Michael’s unexpected death. They compete, argue and shame each other and, despite their differences, ultimately seek comfort in one another.

“I wanted to show women who were vicious,” Tamblyn said. “They were violent towards each other. Their intentions and their actions were unmerited. They became feral and wild and raw.”

The complex cocktail of emotions that coalesce around death is what drew Tamblyn’s directorial eye. “If death isn’t fascinating to everybody, then I don’t know what is,” she said.

“When we see women grieving or being sad or being depressed in any film, it’s so kind of one-dimensional,” Tamblyn said.

“Paint It Black” completely blasts this convention, offering more than just a single explanation of grief. Under Tamblyn’s direction, the process becomes a dark, tonal habitation of loss for both characters. Tamblyn wrote about some of her directorial choices in a recent edition of Lenny Letter and how those choices were borne out by listening to her gut and fighting for scenes, even when others said no. She intended the film to present as “if David Lynch directed ‘Grey Gardens.’”

“It was sort of a summer reading situation,” Tamblyn said, describing how in 2007, her long-time friend Amy Poehler gave her the book when she was still an actor best known for playing Tibby in the 2005 teenage hit movie “Sisterhood of the Traveling Pants.” A few years later she toyed with the idea of adapting "Paint It Black" for film. “I thought what a cool movie that would make about these two women that are blind with grief and drunk and totally violent towards each other. I hadn’t seen a movie like that . . . so I wanted to give it a try.”

But even then the director role wasn’t an obvious or immediate choice for Tamblyn. She said over her 20 years of performing in TV shows such as “General Hospital” and “Joan of Arcadia” and films like “127 Hours,” “Sisterhood of the Traveling Pants” and “Django Unchained,” she never saw herself in the director’s chair.

She more or less fell into directing “Paint It Black” after a female director previously attached to the film encouraged her to take the reins. “The thing that scares you the most is usually the thing that you should be doing,” she said speaking of the fear she had once associated with directing.

Being an actor proved to be the best pre-game move before directing.

“I really enjoyed being able to steer that ship,” Tamblyn said. “It’s something that when I think about it and look back, I kind of always did it on set, probably much to the chagrin of a lot of directors that I worked with, not knowing that that’s what would eventually make me a real director."