1 in every 4 children robbed of their childhoods: Report

New Save the Children report ranks countries on "end of childhood index"; U.S. ranks 36, between Bosnia and Russia 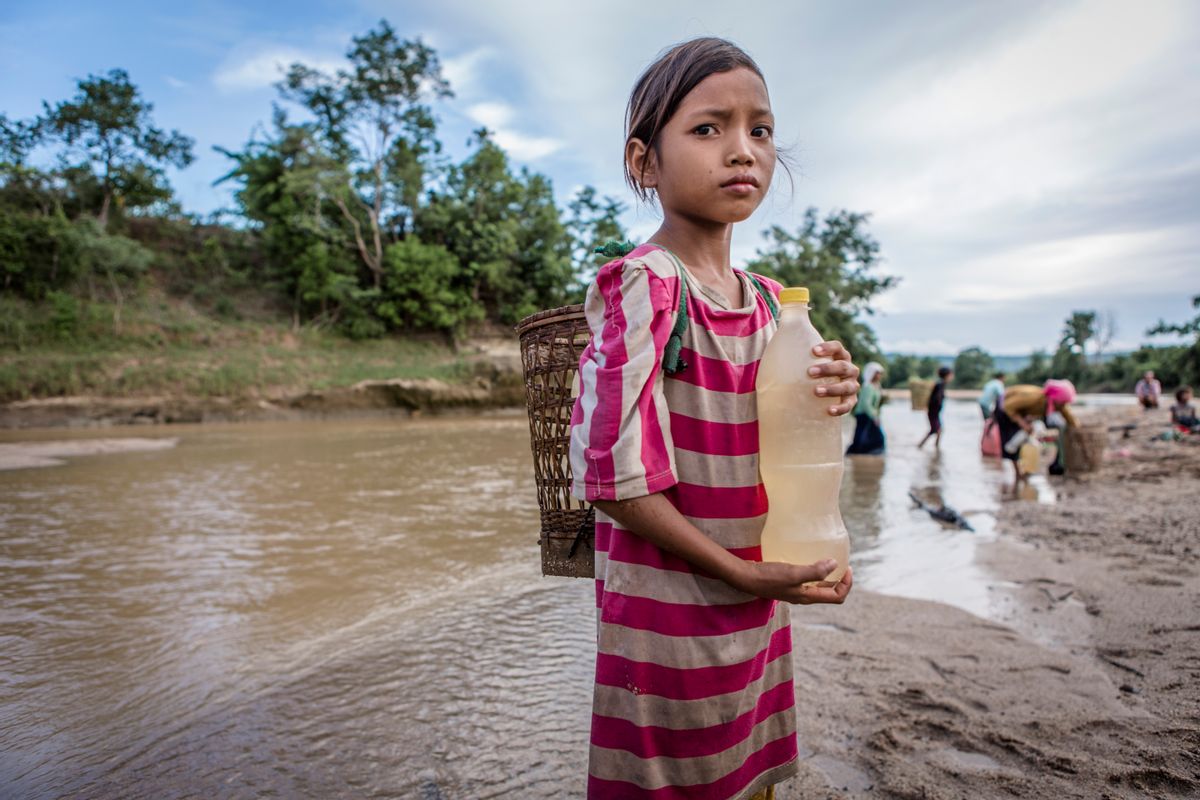 Dinh, 11. Like many children her age she is forced to collect drinking water from a nearby river. Now the rains have returned there is some water in the river, but it’s very shallow, making it muddy and unsafe to drink. When there is enough water, people can dig channels into the ground close to the river banks to find safer water, or use wells. (Jonathan Hyams)
--

In honor of International Children's Day on June 1, Save the Children has released a new report on the conditions that children face worldwide, in an effort to enlighten people on the trials that kids face, even in developed countries.

"The End of Childhood Report," and its U.S. complement, ranks each participating country according to its "end of childhood index." The index compares data from 172 countries, as well as individual U.S. states, and breaks down where the most (and the fewest) children are missing out on childhood.

The organization defines a "threatened childhood" as one affected by malnutrition, poverty, child labor or a lack of education.

“Hundreds of millions of kids don’t go to school — 1 out of every 6 school-aged children — because they are forced to work, don’t have the resources they need, or simply because they are girls,” said Jill Biden, chair of Save the Children's board of trustees. “Without education, children will face a lifetime of obstacles, but with it, the possibilities are endless. This report has shown us just how many children are being left behind — now we must act to protect them.”

According to the index, Norway, Slovenia and Finland are the top three places where childhood is the least threatened. In contrast, Guinea, Sierra Leone and Burkina Faso are the three countries where it's most threatened.

The United States ranked as No. 36 on the index, between Bosnia and Russia, well behind other well-developed countries such as France and the United Kingdom, and falling short of the performance of Portugal, Lithuania, Japan and Greece.

The state-by-state analysis in the report determined that childhood is the least threatened in New Hampshire, Massachusetts, New Jersey and Vermont, yet the most threatened in Louisiana, Mississippi, New Mexico and Oklahoma.

The data revealed in the report is startling, but it's the U.S. data that in some instances is the most jarring, especially for those who might think the U.S. would have ranked higher on the international index. The report found an estimated 750,000 children in America drop out before graduating high school each year, more than 541,000 U.S. children live in households with severe food insecurity and experience hunger regularly and that in 2015 nearly 230,000 babies were born to U.S. girls aged 15 to 19.

“All around the world, childhoods are at risk," said Carolyn Miles, president and CEO of Save the Children. "Even here in the U.S., the most vulnerable children are being robbed of their chance to learn, grow, play and be safe.”

Said Miles: “Save the Children is committed to ensuring that every last child has the opportunity to reach their full potential.”

In addition to revealing the index, the report explained the extent of childhood suffering in these countries by providing case studies, with in-depth accounts of the circumstances in that country, from the point of view of residents who have been affected.

"The End of Childhood Report" is a global call to action for Save the Children, an international, nongovernmental organization that promotes children's rights, provides relief and helps support children in developing countries. The organization is encouraging governments around the world to invest more in their children and help them gain more access to the services they require.

"In 2015, the world made a promise that by 2030, all children would be in school, protected, healthy and alive, regardless of their income, geography, gender or identity," Miles said. "This is not an impossible target — in fact, increasing childhood expectancy around the world is definitely within reach if we deliver on our commitments."