Donald Trump's weak condemnation of the Portland attack speaks volumes: He should have stayed silent 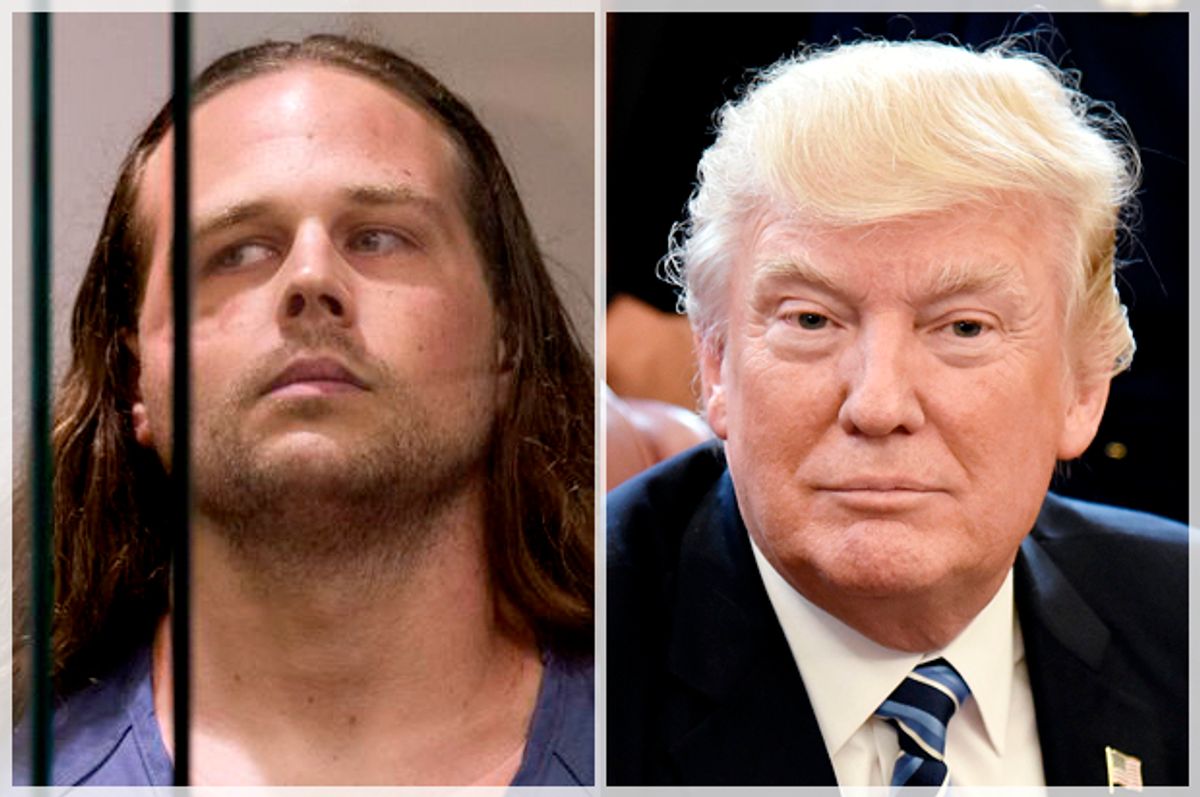 Like many other Americans, I was waiting for President Donald Trump to offer some comments about the racially motivated attack committed by a white supremacist who is accused of murdering two people and seriously injuring a third last week in Portland, Oregon. On Monday toward the end of a holiday weekend of silence, Trump obliged.

The violent attacks in Portland on Friday are unacceptable. The victims were standing up to hate and intolerance. Our prayers are w/ them.

It would seem that for the president, murderous violence committed by white supremacists is better addressed indirectly and on social media than through an official statement from the White House. The Portland killings are also apparently less important to Donald Trump than complaining about the news media, bragging about his trip to Europe and the Middle East and congratulating Republicans for their victory in a Montana special election — things he did over the course of several days online before making his comments on Monday.

Perhaps it would have been better if Trump had chosen to remain silent.

Past behavior is an excellent predictor of future behavior. Trump has repeatedly shown himself throughout his adult life to be a bigot, a racist, ignorant, unreflective, insensitive and a bully. It is then no surprise that his comments about the Portland murders — and for that matter about the wave of hate crimes that his candidacy and presidency have inspired — reflect such character traits.

The man who condemned "hate" and "intolerance" is the same person who has argued that Muslims from various countries should be barred from entering the United States because he believes them to be members of a group with a compulsion and pathological need to commit acts of terrorism. This is the same man who encouraged violence against protesters — often people of color — at campaign rallies and other events.

Lest we forget, Trump is also the man who suggested that a Mexican-American judge was incapable of treating him fairly because of his genes and heritage, and has said that Latino immigrants are rapists, brigands and thugs who come to America for the implied purpose of preying on white people. He has slurred African-Americans by suggesting that they are losers whose lives are a living hell. Donald Trump's closest advisers include white supremacists, racists and those with affinities for anti-Semitism and Nazism. He is the same man whose presidency has been greeted with effusive excitement by neo-Nazi groups and the Ku Klux Klan.

While Trump issues weak and belated condemnations of the "violent attacks in Portland," his words and deeds have enabled and encouraged such acts.

In literature, the greatest villains are those people who actually believe that they are in the right and the world has unfairly turned against them. This is a perfect description of the grievance monger and professional victimologist Donald Trump. With great clarity, the world sees and understands Donald Trump's monstrous hypocrisy. Unfortunately, tens of millions of white Americans have yet to finally realize the true scale of the political, ethical and moral disaster they have foisted upon humanity by electing Donald Trump as president of the United States.

The horrible events in Portland last Friday are part of a national trend. There will be many more acts of racial terrorism by white supremacists and their allies against people of color, Jews and Muslims in America. Trump will continue to issue half-hearted condemnations and look on as though he were not responsible for pouring gasoline on the fire that is consuming our country.