Portland stabbing suspect: "You call it terrorism. I call it patriotism!"

Jeremy Joseph Christian called for the death of anti-fascism, as more about his history comes to light 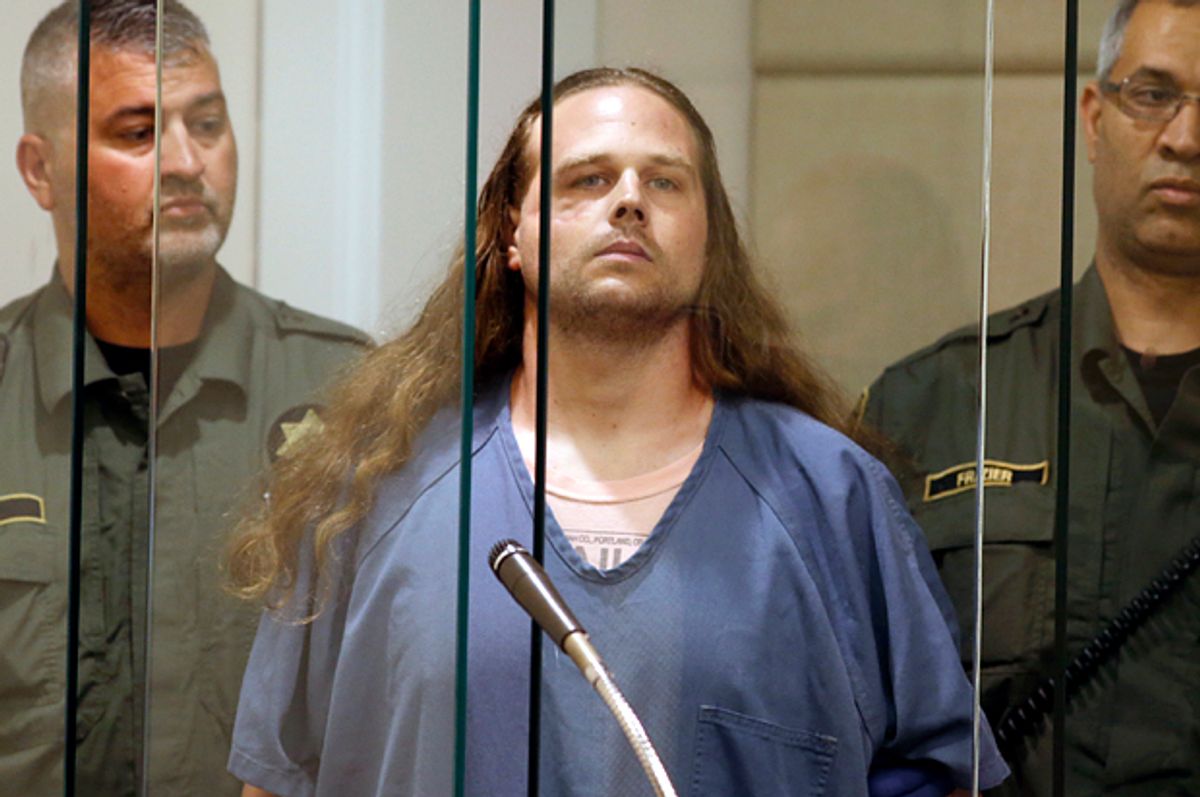 Jeremy Joseph Christian, the white supremacist who is accused of stabbing three people on a Portland light-rail train — killing two of them — had a range of extremist political views.

As USA Today reports, he immediately began proclaiming some of them when appearing at a court on Tuesday.

"Death to the enemies of America. Leave this country if you hate our freedom," Christian is reported to have yelled. "Death to antifa! (anti-fascism). You call it terrorism. I call it patriotism! You hear me? Die."

These rantings are similar to what Christian is reported to have shouted during the train attacks, including "Go home. We need American here," "I don't care if you are ISIS," and "Free speech or die."

Prior to his attacks against the three train passengers, Christian was perhaps best known for his participation in an April "Free Speech" march in Portland. While there, Christian is reported to have chanted the N-word while draping himself in an American flag. He also posted a Facebook video at the time which showed himself performing a Nazi salute. Underneath the photograph, Christian wrote, "I am White and a Nationalist for Vinland."

Christian's other views include misogyny and transphobia. He once promised that if President Donald Trump proved to be another Hitler, "I am joining his SS to put an end to Monotheist Question."

Conservatives like Tucker Carlson were quick to point out that "he actually backed Jill Stein and Bernie Sanders in the 2016 race," but this obscures the fact that he made a death threat against Hillary Clinton on his Facebook page on the same day as he posted his pro-Trump-as-Hitler comment.