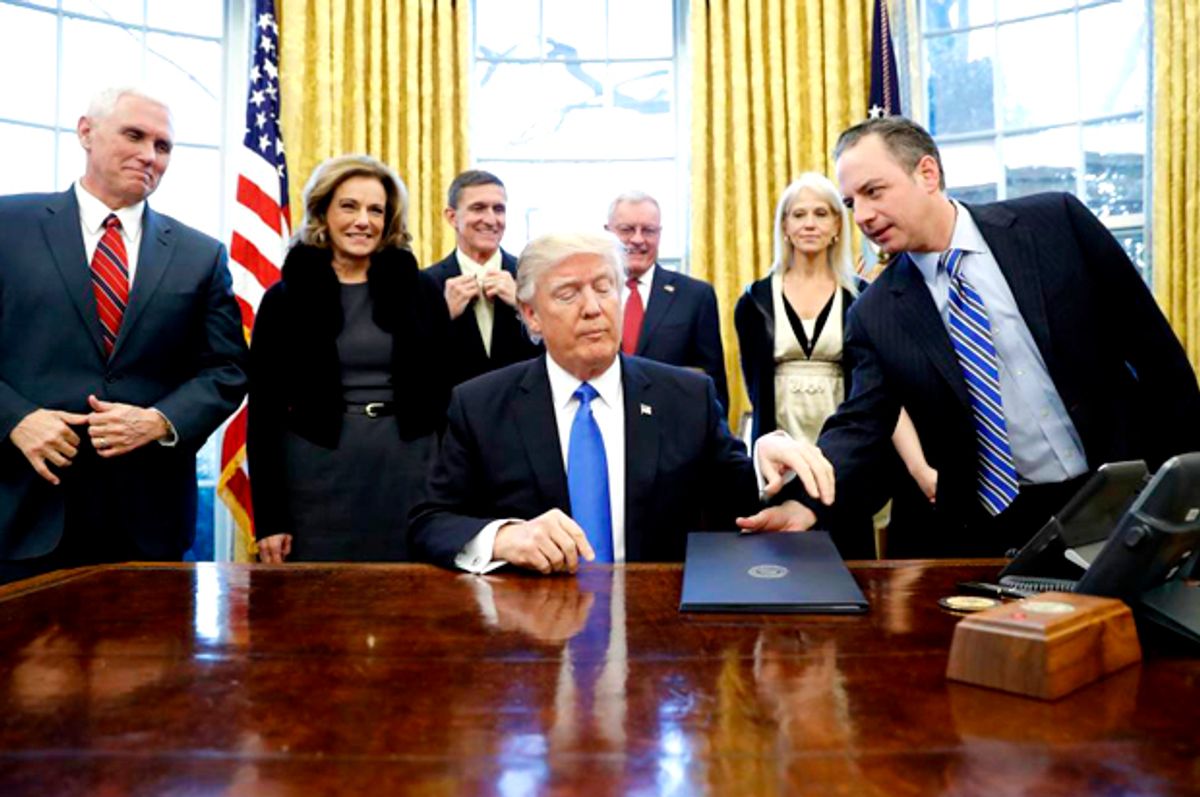 A new Politico report reveals that President Donald Trump is having a hard time filling government positions due to potential staffers' concerns over the ongoing Russia scandal.

According to the Partnership for Public Service, a nonpartisan group that provided the Trump transition with hiring advice, the White House has only been able to put forward nominees for 117 Senate-confirmed positions, even though there are 559 Senate-confirmed positions that are considered to be among the most important. By this time in their presidencies, both George W. Bush and Barack Obama had already nominated approximately twice as many people.

A lawyer who represents potential political appointees explained the trepidation to Politico:  "There’s no doubt in my mind that people are being very cautious, to put it mildly. You’re going to have a situation where they’re going to have trouble getting A-list or even B-list people to sign up."

It may not help matters that the people currently working for Trump have become almost absurdly obsequious in their public statements about the president — an unusual development, The Washington Post's Jenna Johnson notes. White House Director of Strategic Communication Hope Hicks startled and amused political observers when she responded to reports that the president belittled staffers by saying that Trump has "a magnetic personality and exudes positive energy, which is infectious to those around him. He has an unparalleled ability to communicate with people . . . He is brilliant with a great sense of humor."

In a similar vein, White House press secretary Sean Spicer described the president's recent trip overseas as "a historic turning point that people will be talking about for years to come" and "met with nearly universal praise," arguing that "we’ve never seen before at this point in a presidency such sweeping reassurance of American interests and the inauguration of a foreign policy strategy designed to bring back the world from growing dangers and perpetual disasters brought on by years of failed leadership."

As Republican political consultant Mike Murphy told the Post, this type of effusive rhetoric is unconvincing because it's "insecure, over-the-top. I call it Great Leader-esque." A former spokesman for President Barack Obama, Tommy Vietor, had a similar observation when he recalled Obama's press secretary Robert Gibbs observing, "The first rule of spin is that it has to be believable."