WATCH: Al Franken says Ted Cruz is "the guy who microwaves fish" in the office 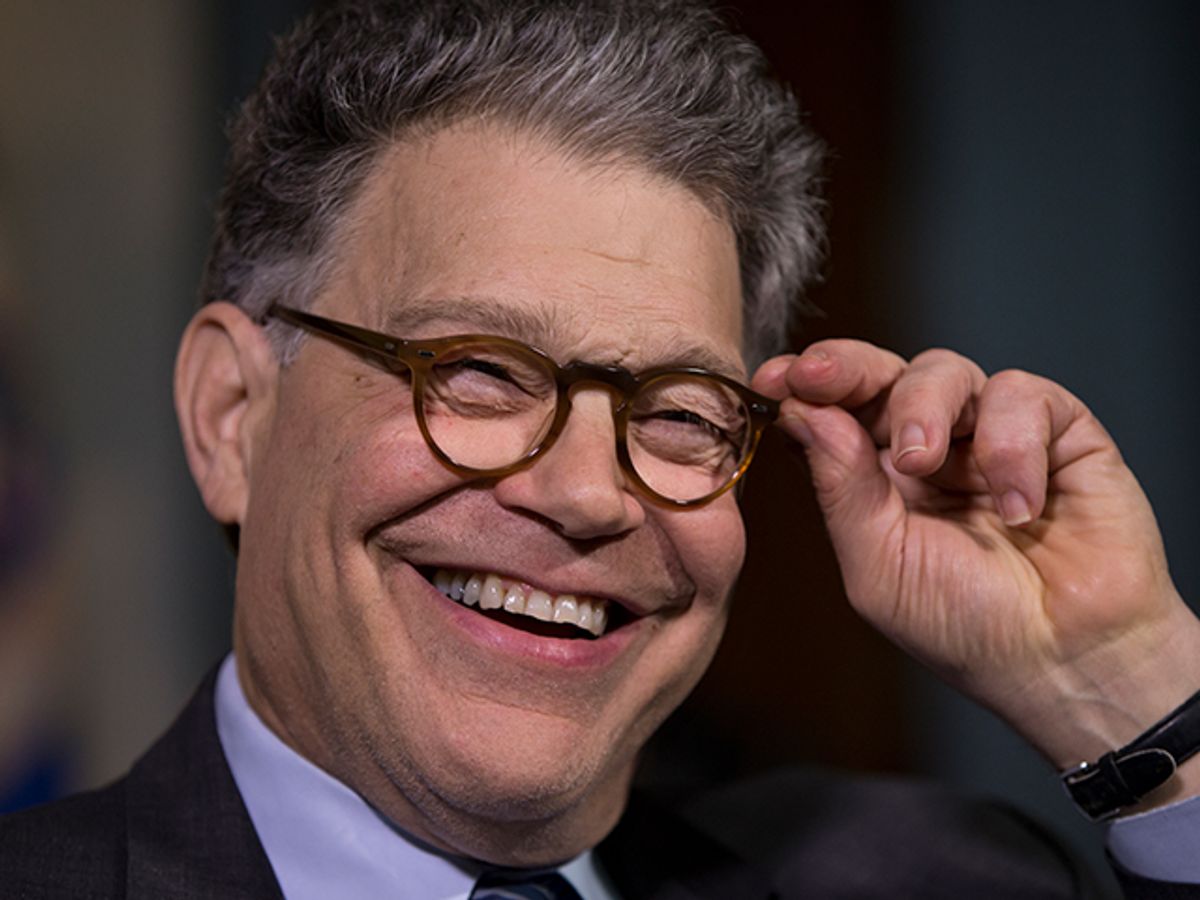 We learned recently that Sen. Al Franken, D-Minn., devoted an entire chapter of his upcoming book to his hatred for Sen. Ted Cruz, R-Texas. Since then, the two have continued to feud, and Franken has opened up more about his beef with Cruz.

After the news of Franken's chapter broke last week, Cruz was quick to respond, and called the Minnesota senator "obnoxious and insulting" in an interview with Politico. "Al is trying to sell books and apparently he's decided that being obnoxious and insulting me is good for causing liberals to buy his books," Cruz told Politico. "I wish him all the best."

But Franken wasn't finished. On Tuesday night, Franken was on CNN with Anderson Cooper discussing the aforementioned book, titled “Al Franken: Giant of the Senate." In the segment, Cooper brought up this quote from Franken's book: "Here's the thing you have to understand about Ted Cruz: I like Ted Cruz more than most of my other colleagues like Ted Cruz. And I hate Ted Cruz.”

Franken then described Cruz to the CNN host as the "toxic guy in an office, the guy who microwaves fish."

"To get things done in the Senate, you've got to be able to get along with people," Franken explained to Cooper. "It's like you're living in a town of 100 people. And frankly, it's good to have a sense of humor — and part of the reason I say I like Ted Cruz more than most of my colleagues like him is that he values comedy. He's kind of a little bit of a comedy fan."

But as Franken has previously talked about, he gets along with other Republican colleagues such as Attorney General Jeff Sessions, who was previously a senator. Indeed, Franken has been able to establish some working relationships with Republican senators, who have reciprocated.

But Cruz is notorious for being the most disliked senator. "He's the exception that proves the rule, and the rule is that in order to get things done you've got to be a good colleague," said Franken.